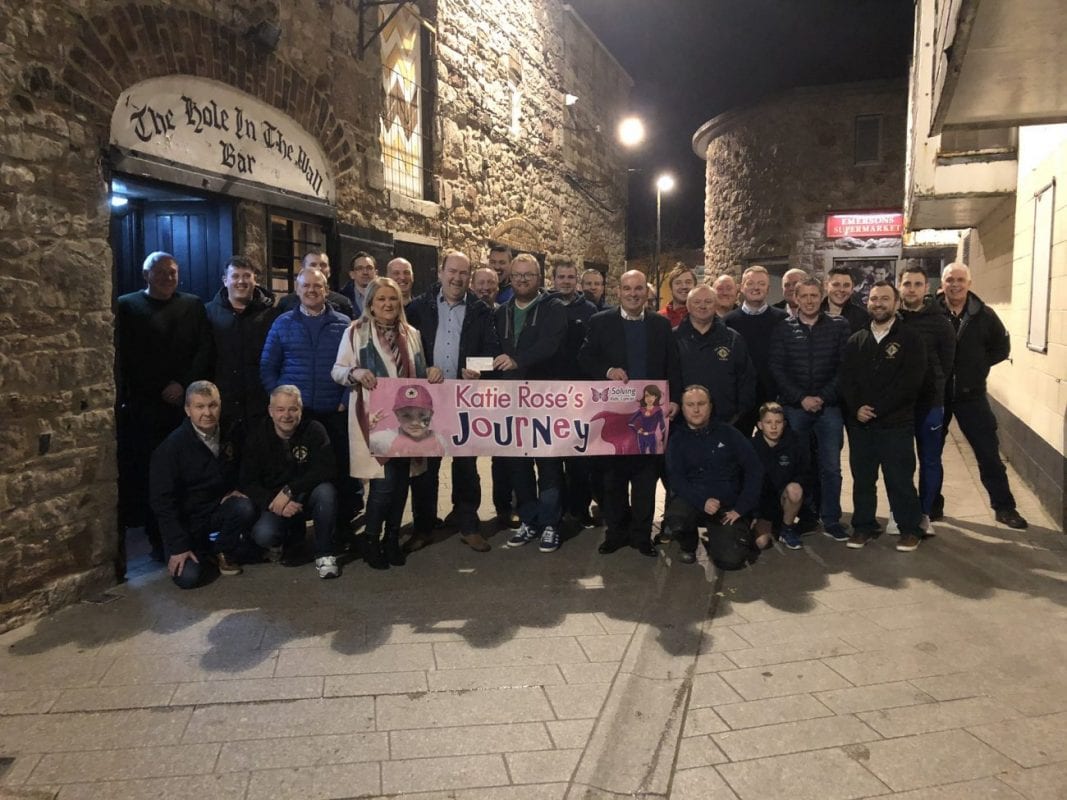 After 25 years in existence, the Armagh club staged a gala ball to celebrate the big occasion.

And they took a cause close to everyone’s hearts – Katie-Rose’s Journey – as the beneficiary.

The big event – held recently at the Armagh City Hotel – saw a fantastic £5,200 being raised.

The family of Katie-Rose, a pupil at St Patrick’s Primary School in Armagh, who had been diagnosed with a rare cancer, were thrilled with the result.

The City of Armagh Northern Ireland Supporters Club have enjoyed a successful couple of weeks with both the dinner and Annual General Meeting, all of which benefitted this local charity and a very special little girl.

In the 25 years of the Armagh club local charities have been very much to the forefront of the club’s work.

And this year has been no different. 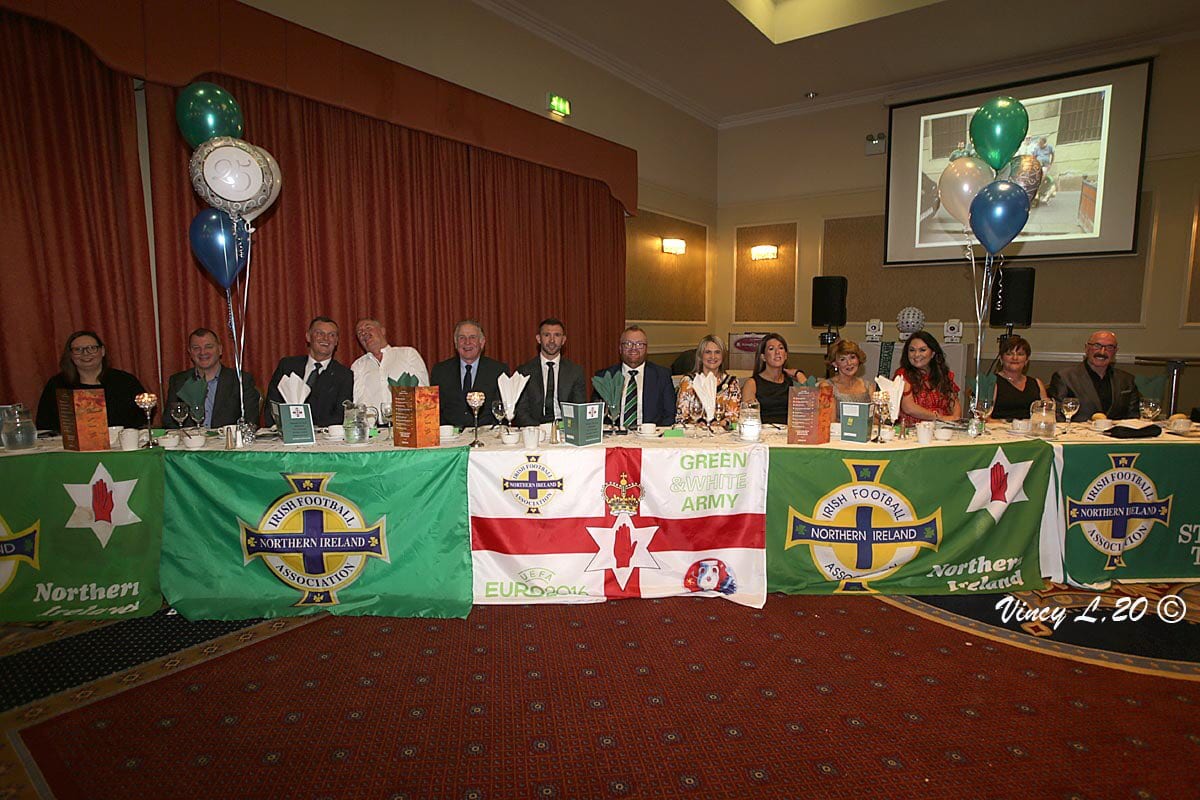 As far back as February 2019 fundraising began for Katie-Rose’s Journey at the suggestion of the membership.

“Everything we do charity wise has always been local and cross-community,” explained outgoing chairman Stuart Crozier. “So when Katie-Rose’s Journey was proposed and we learned more about her story it was a perfect choice for us.

“With it being our 25th Anniversary year with a big dinner involved there was always going to be a big fundraising effort and so it proved.”

Lord Mayor Mealla Campbell was also in attendance, as were Katie Rose’s parents, Kevin and Una, in  a crowd of over 140.

Fair to say a good night was enjoyed by all with a very successful raffle and auction boosting the charity. 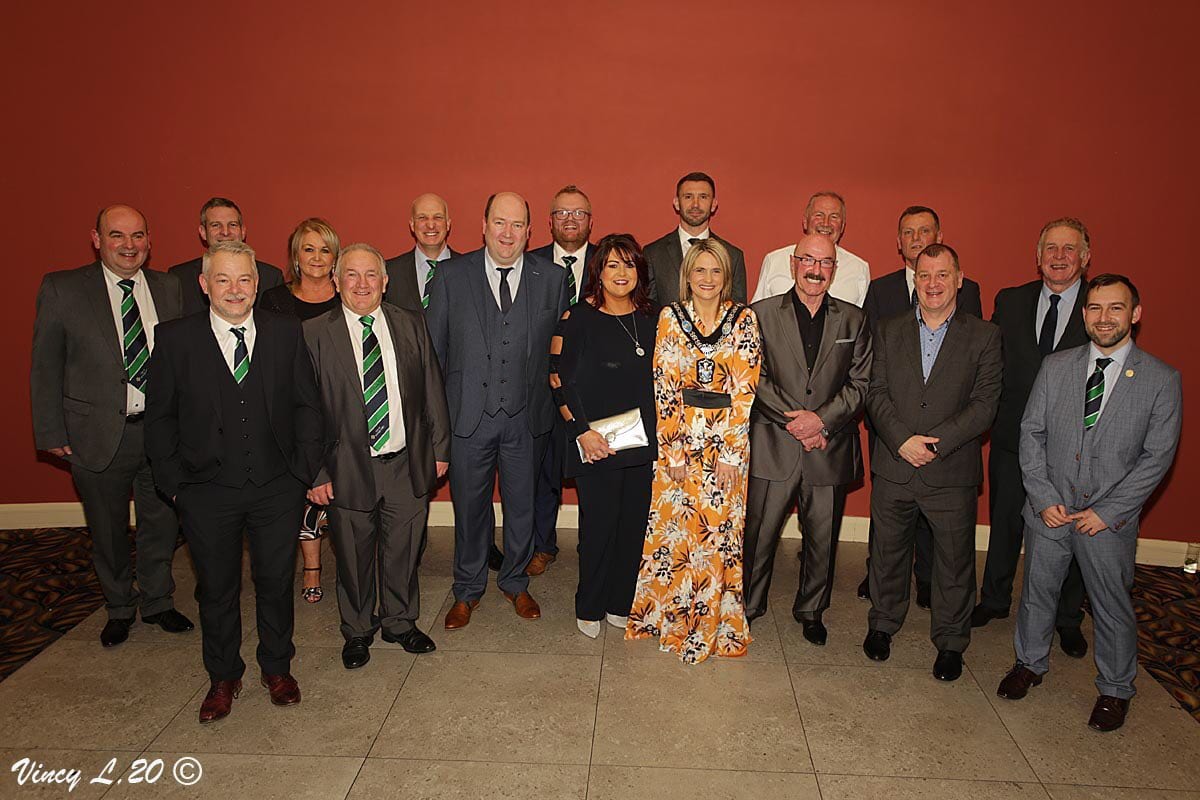 Another popular and successful fundraiser was the traditional Christmas Quiz at the Hole in the Wall bar.

Before the club’s AGM the following week, Katie-Rose’s dad Kevin addressed the members, thanking them for their efforts in raising such a significant amount towards his daughter’s future treatment.

Chairman Stuart Crozier was proud to hand over a donation of £5,200 towards Katie-Rose’s Journey.

The City of Armagh Northern Ireland Supporters Club would like to thank everyone for the support in the last few busy weeks with many local businesses helping out with sponsorship, including main sponsor Irwin M+E.

Without so many important contributions from so many different sources the Anniversary year could not have been such a success.