No place like home: How an Armagh man took a punt on doing property differently 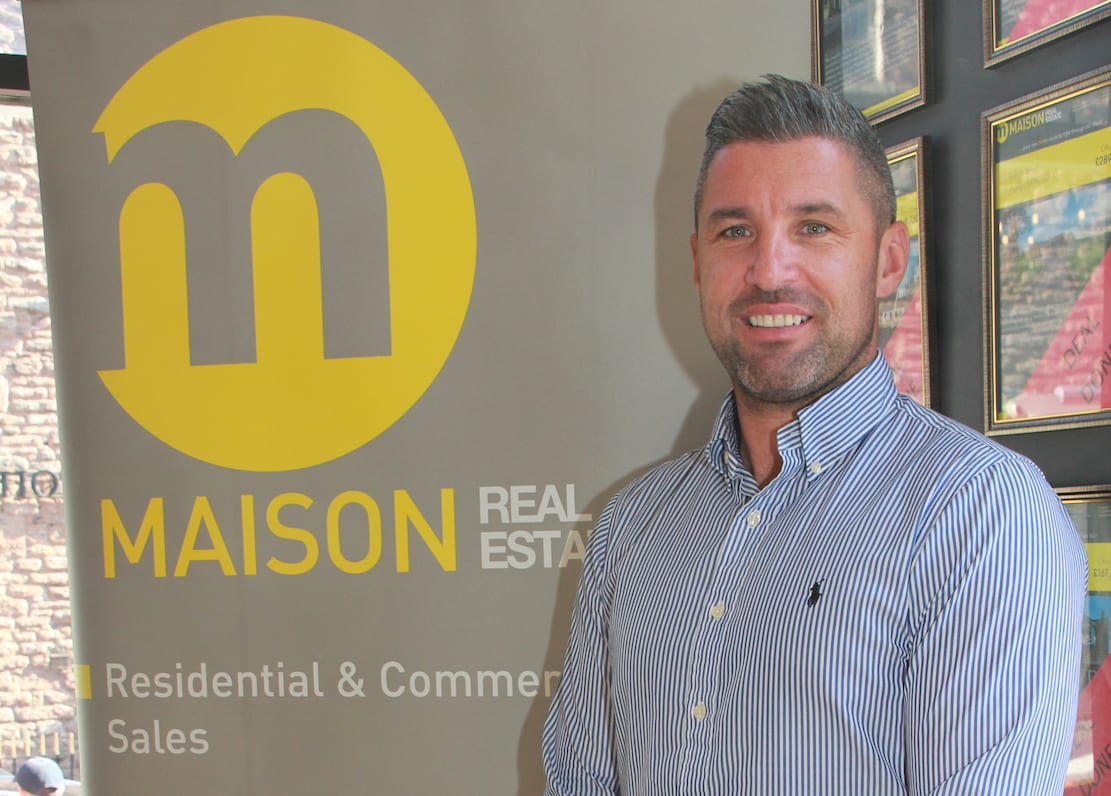 From a picture of one property on a wall in a city centre office to two offices spanning two counties, one Armagh estate agent is no longer the new kid on the block.

Maison Real Estate flung open its door back in 2014, with Ciaran McGurgan at the helm, and what a difference six years have made.

When he first opened up his business, in an office on Scotch Street in March of that year, there was a picture of just one property on wall – a daunting prospect for the budding entrepreneur – but the business has grown exponentially ever since, serving counties Armagh and Tyrone.

Speaking to Armagh I at his Abbey Street office, Ciaran explained how it all came about.

“I worked for an estate agency in Belfast for a number of years and then the crash happened, in around 2007, work just sort of went out the window at that stage,” he said. “I had to go and find different work in all sorts of areas and fields just to keep my head above water.”

After a number of years, Ciaran, along with many others began to see the market returning to its former glory.

“In 2014, I started seeing markets coming back and builders coming back; I was actually getting call from developers asking me ‘what are you going to do?’ And after seeing the turnaround I kind of thought let’s have another go at this.

“So with every penny I had I went and opened an office; I opened up on my own on March 14, in an office with one house on the wall. 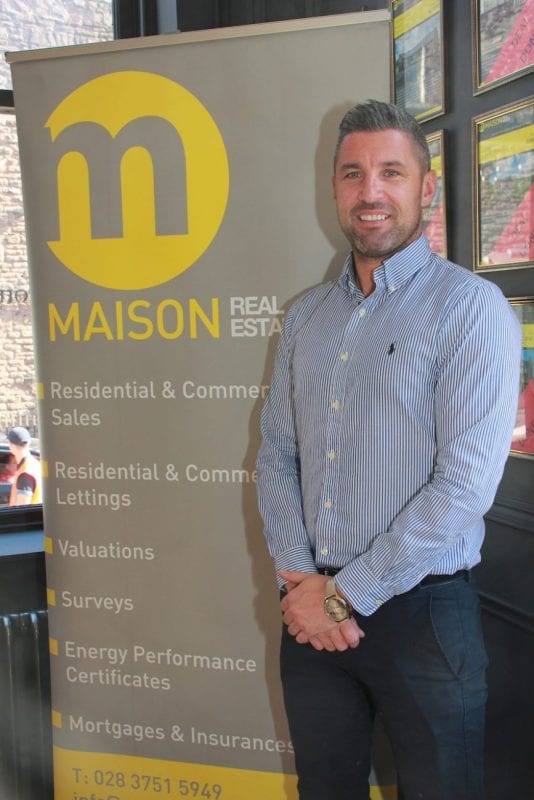 “I remember just staring blankly at this house going ‘oh no what have I done, this is going to be an absolute disaster'”.

After working in the industry previously, Ciaran said he was determined to cut out the “cheesiness” and “bring it all back to basics”.

He explained: “I can just remember, I got the office done up because I was just so into the brand and marketing, I wanted to get rid of this stereotypical estate agency, glass, porcelain floors.

“From what I experienced, the boom wasn’t real life, as in people working in the industry were not getting the money they deserved for a normal days work.

“I just I think when you’re burnt so hard at one end, you learn so much from it, and you understand when you’re in the receiving end of the likes of a crash.

“You know what people have gone through so you are much more sympathetic to people’s needs when they went down the same road.

“I think back to 2007-2008, and the thought that I would never work in property again, but the bug was always there to come back and just do differently.”

From those early days Maison went from strength to strength, with the first property Ciaran marketed in the city, which luckily had plenty of interest.

“From that I connected with some old clients and that led to three or four more properties and it just naturally grew from that,” he recalled.

The business now has 15 members of staff, many of which have been there from close to the beginning, as well as the two offices. Maison moved from Scotch Street and into the former First Trust Bank on Abbey Street in 2018. 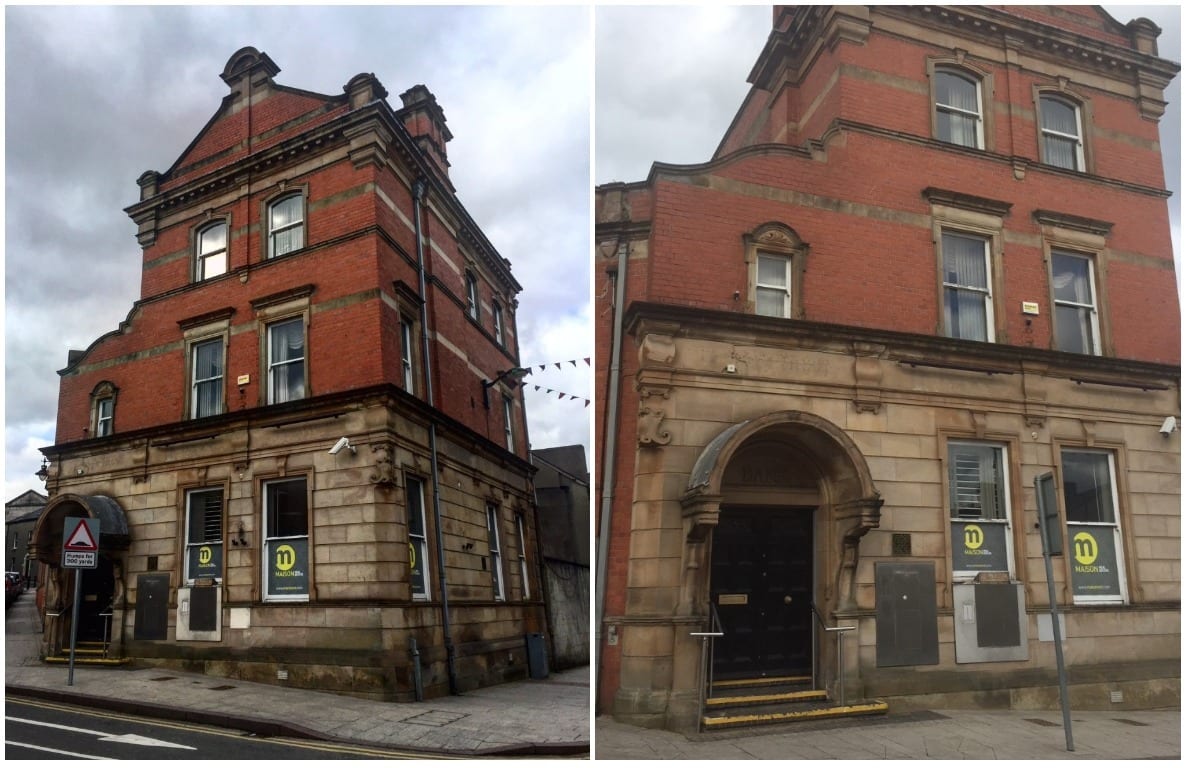 Ciaran continued: “We then started to cover property in the Moy, Dungannon area and just by chance I bumped into Jeremy Baird, who I knew from working in estate agents in Belfast.

“I was speaking to him and he was thinking about opening up in Dungannon, so we ended up opening up down there together.

“That was the moment people realised this was not a fly by night, let’s hope all goes well sort of venture.”

Judging his success to date, Ciaran isn’t getting carried away.

“It’s all about your reputation and you can only be as good as your last deal; the reputation is built by being very, very carefully, just keep it right, keep it straight.

“So no, it’s been it’s been an interesting, tough and enjoyable six years; I love property, I always have and luckily, all the ones that work with us at Maison have that same bug as well.

“We like to work with contractors, so every development is not just a carbon copy of the others, that means that even it’s easier for us to sell because you’ve got that interest and because of that bit of an input.”

An Armagh man, Ciaran has a vested interest in seeing the city flourish and prosper.

“I am born and bred Armagh, I love it and I actually think people are too quick to criticise it; it is one of the most beautiful towns in Ireland and has plenty going for it.

“We did see a lot of people wanting to buy but being fearful because of Brexit but as I say, what goes up must come down, we have not had a boom here and prices have stayed pretty constant.

“We are actually seeing a lot of people coming back; those who went to work in Australia or Dubai during the crash, they are coming back with a deposit and are looking to settle down and have families.”

“There are a lot of beautiful buildings in Armagh, take the Mall even, to have that is amazing and people who have not grown up with it look at it in awe as they drive the past.

“I love to see the town doing well, if it is doing well so am, I and I think there is still a lot of growth for the area to come in the next few years”.