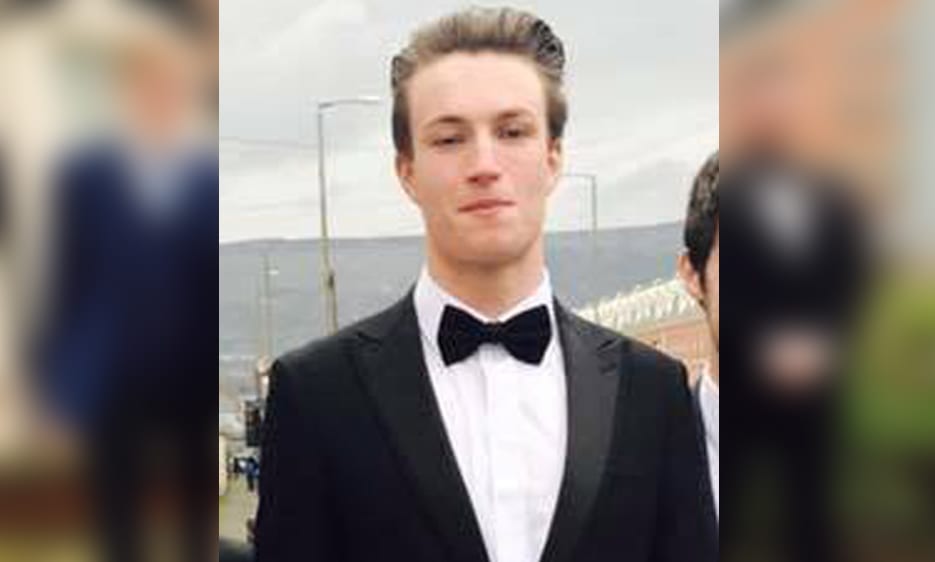 Photo: Courtesy of the family

Tributes have poured in for Christopher Rogers who has been described by friends as “one of the nicest guys” you could ever meet.

The 20-year-old from Armagh tragically lost his life after taking ill at the Orchard Leisure Centre on Friday night. He died later in hospital.

A member of Armagh Swimming Club, Christopher, has also been described as “one of the most gifted swimmers the Orchard Leisure Centre has ever seen.”

His family paid an emotional tribute to a son and brother who left an indelible mark on all those who met him.

One friend said: “He was one of the most gifted swimmers I has ever seen, and one of the nicest guys I’ve ever met.”

Christopher’s funeral will take place in Ballymacnab on Wednesday morning.

The family have asked that, instead of flowers, people make a small donation to the First Response Team and Intensive Care Unit at Craigavon Hospital who fought bravely and valiantly to save his life.

Brother, Oisin Rogers, speaking to Armagh I said: “Maybe those donations can help someone just like Chris and give him or her the chance to come home. Donations are being collected at the house.”

Christopher’s friends at S.M Audio added: “For the next while we ask you to keep our friend Christopher in your thoughts. He was a truly lovely fella, we first had the pleasure of meeting the young sir at a gig we got talking and long story short he became a member of our family.

“We shall always remember the long talks we had going into the night and all the live shows we had the pleasure of being at with you.”

Christopher was also a keen cyclist.

Gary of Armagh City Cyclists paid his own personal tribute. He simply said: “Missing a teammate and friend. Most selfless guy we were ever lucky to have on the road with us. RIP Chris.”

Maria Toner, who lost her own young son suddenly back in February, offered up her own words of comfort: “I feel all of your pain, having gone through this only weeks ago with my own precious son…God be with you all….RIP young man x.”

One person posted: “I didn’t know Christopher, I only met him once briefly at the Queens Bio-med formal, but he definitely left a lasting impression. He saw me sitting on my own when I was a bit down. He came over to chat to me and he really cheered me up. After he had left I could only think ‘what a lovely guy’. RIP.”

Another posted on Facebook saying: “Chris was a such a good and inspirational young man. It was a pleasure to know him and his lovely family.”

Christopher was the beloved son of Malachy and Teresa and much loved brother to Oisín and Michael.

His remains will repose at the family home in Ashley Park until removal on Wednesday at 10am for 11am Requiem Mass in the Church of St Patrick, Ballymacnab. Burial afterwards in the adjoining cemetery.