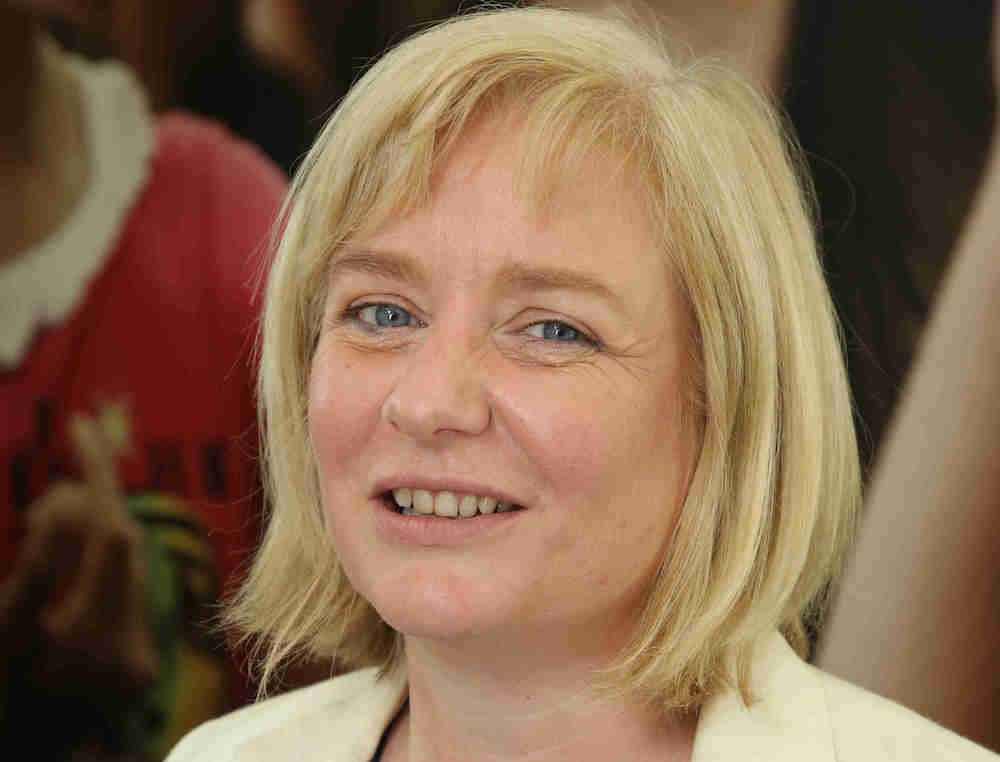 When Mairead Monds started her career in Childline in Belfast, eighteen years ago, it was usual to hear children whispering down the receiver because they were using the family phone in the hallway and were desperate not to be overheard.

The only alternative was to find a phone box but that wasn’t really an option for younger children.

Mairead is originally from Armagh and now lives in Belfast with her husband and two sons. She joined Childline in 2003 after working in other children’s charities but having heard about Childline from watching Dame Esther Rantzen on television, wanted to be a part of the service which was offering such immediate and direct help to young people.

The charity was established in London in 1986 with just 40 volunteers in a small office and was created after a helpline set up following a BBC television programme on child abuse was inundated with calls.

Dame Esther Rantzen, who hosted the original programme, realised that there was a vital need for an ongoing outlet for vulnerable children and so, Childline was created. Thirty-five years later, there are now 12 bases across the UK including Belfast and Foyle.

When Mairead began, she was based in the original offices in Waring Street in Belfast. There were between 60-70 volunteers who had joined quickly after the Belfast base opened in 1999.

Mairead is now Childline Team Manager but as the charity celebrates its 35th anniversary, she reflects on some of the changes she has witnessed: “The original Childline logo was a big phone so that children knew exactly how to contact us and what we did. It was a revolutionary idea to have a service dedicated to children and young people where they could speak freely about things that concerned them in the knowledge that they weren’t being judged but were being listened to and supported.

“Very often, we were the first people who they told about so many problems, including sexual abuse which was still something of a taboo subject in the 1990s. Mobile phones didn’t exist so texts and emails weren’t an option. I remember hearing the rain beating against the phone box when children called Childline and I can recall vividly taking many calls with the noise of a television in the background as a young person talked in hushed tones – it was simply a lifeline for so many young people.”

In 2006, Childline became part of NSPCC and Mairead believes that it was a great advantage to be part of this much bigger organisation which offered resources and opportunities for staff and volunteers alike. Above all, it meant that more children could be listened to as NSPCC had so many more resources available.

Dame Esther Rantzen was a frequent visitor to the Belfast base and also the Foyle base, which opened in 2007. Mairead commented: “Dame Esther has been a frequent visitor to Northern Ireland over the years and I have never ceased to be amazed by her energy, commitment, passion and vision for the charity she started. She always wants to spend most of her time here talking to our volunteers and is so interested in hearing their views and ideas and always expresses her heartfelt gratitude for their support. She is a true inspiration and it’s always a big day when she arrives in the base!”

Speaking about her frequent visits to the Northern Ireland bases over the years, Dame Esther Rantzen recalls: “I love visiting both our bases in Northern Ireland and I always learn so much from the insights they give me into what children are telling them and how they are helping them.

“Of course, Childline has changed greatly over the years. In 2009 we launched our online services and now three quarters of our contacts are online. That’s quite a transformation, and just proves that we do have to stay flexible and follow wherever children need us to go.

“One of my many happy memories of visiting the Childline bases in Belfast and Foyle is looking at the walls which are full of thank you pictures and messages sent by the children – they are delightful.

“However, I remember some very tough times over the years in Northern Ireland so I’m very aware that it hasn’t always been easy but the work has been so crucial and we’ve kept going.

“I think it’s wonderful when someone like Mairead stays so long in Childline, and we can call upon her life experience and her experience of all the children she has listened to over those years. It makes a huge difference and we are really grateful to her for her passion and commitment to helping children.”

Mairead added: “Without our volunteers, Childline would have ceased to exist. We are truly a volunteer-led organisation and they come from all walks of life: School pupils, students, people with busy careers, retired people and also some adults who were helped by Childline when they were younger. Our volunteers could not be a more diverse group but they all have one thing in common – The desire to support, advise and listen to children and young people who often feel that no one cares about them or what they are going through. They take calls and answer emails about everything from forced marriages to bullying, body image to FGM and sexual abuse to loneliness. When I start an early shift in the Belfast base at 7am, I am always inspired to see our dedicated volunteers working away tirelessly, helping children from across the UK. They are amazing!”

The lockdown was a huge challenge for the charity. It had to adapt and quickly too because it became apparent that for many children separated from friends, family, school and other means of support, life was becoming increasingly difficult – Some children were even locked down with the very people who abused them. Childline was needed more than ever.

Mairead said: “Like many organisations, we had to think on our feet to keep the service going. I was really impressed that many volunteers continued to come into the base where we observed strict social distancing. However, for some, it wasn’t safe or possible so we were able to create the technology to allow some volunteers to work from home. We had the system up and running in less than two months.”

Apart from the huge impact of the lockdown, the charity has had to adapt in other ways over the years. Mairead commented: “We now take many more contacts by email and using 1 to 1 chats as many young people prefer to use this form of communication. We’ve trained our volunteers accordingly but it does mean we always need more people because replying in this way actually takes longer. Another big change is the use of social media which has had a massive influence on children’s lives – it was an important lifeline for many children during lockdown but we get many calls about online bullying, grooming and other dangers which we could have never have imagined when Childline started out.”

Mairead concluded: “We’ve come a long way since Childline began and even in the 18 years since I’ve been here, there are aspects of the job which are completely unrecognisable. However, some things don’t change such as the supportive atmosphere in the base, the commitment of the volunteers and the passion to help children. It’s been an honour to be part of it and I would encourage anyone who is interested in volunteering to get in touch. We’d love to hear from you and tell you how to get involved – all people need is a bit of time and the desire to help young people. Please think about joining us and then we can be here for children for the next 35 years.”

Childline celebrated its 35th birthday on 30th October. For more information on how to become a volunteer, or to book into an information session visit www.nspcc.org.uk/childlinevolunteer or contact heather.cardosi@nspcc.org.uk. All volunteer shifts take place in our Belfast and Foyle Childline bases.