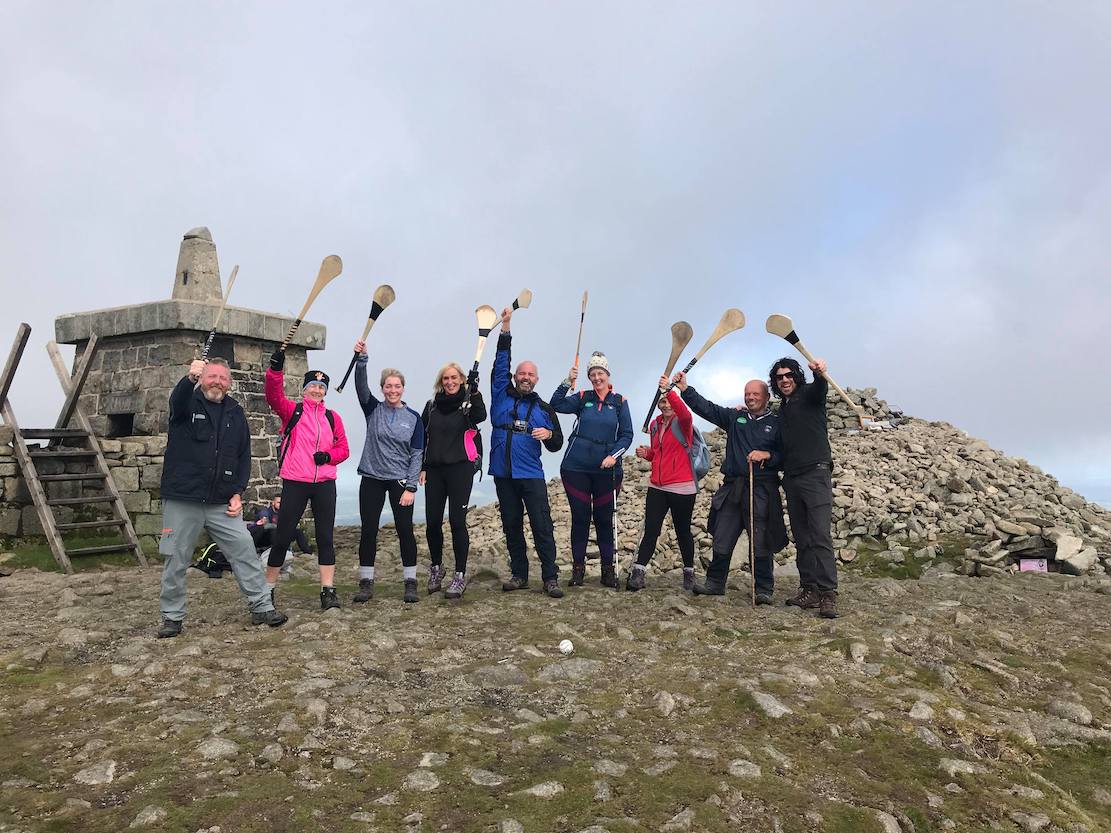 Thousands of pounds were raised for a number of fantastic local charities following the West Armagh Constortium’s Slieve Donard Poc Fada – the highest in Ulster.

Approximately £3,000 was raised for Lisanally Special School and The Lord Mayor’s Charitable causes.

The event, which took place over the weekend, was initially postponed because of inclement weather but there was no stopping the group on Sunday morning.

John Fields told Armagh I: “We arrived on the mountain in good spirits and received very inquisitive looks from others as we commenced with the camans in hand.

“The trek commenced at the Bloody Bridge and several hundred Pocs later we arrived at the summit where American tourists joined the craic and swung the hurls.

“With approximately £3,000 raised it is testament to the generosity of the people of Armagh who give quite generously.”

“We would like to thank the businesses who donated, and a special mention to Conor Clarke of Clarke’s Fitness who as always donated generously as did Seán Mc Girr of Enable Care Services, Aughnacloy; The Cuchulainn Bar, Armagh who put together a hamper raffle, and Gerard Davidson of Armagh Business Services for his generous donation.