'The support we received was fantastic and especially from one local business, Rumours Café Armagh, who went out of their way to help us' 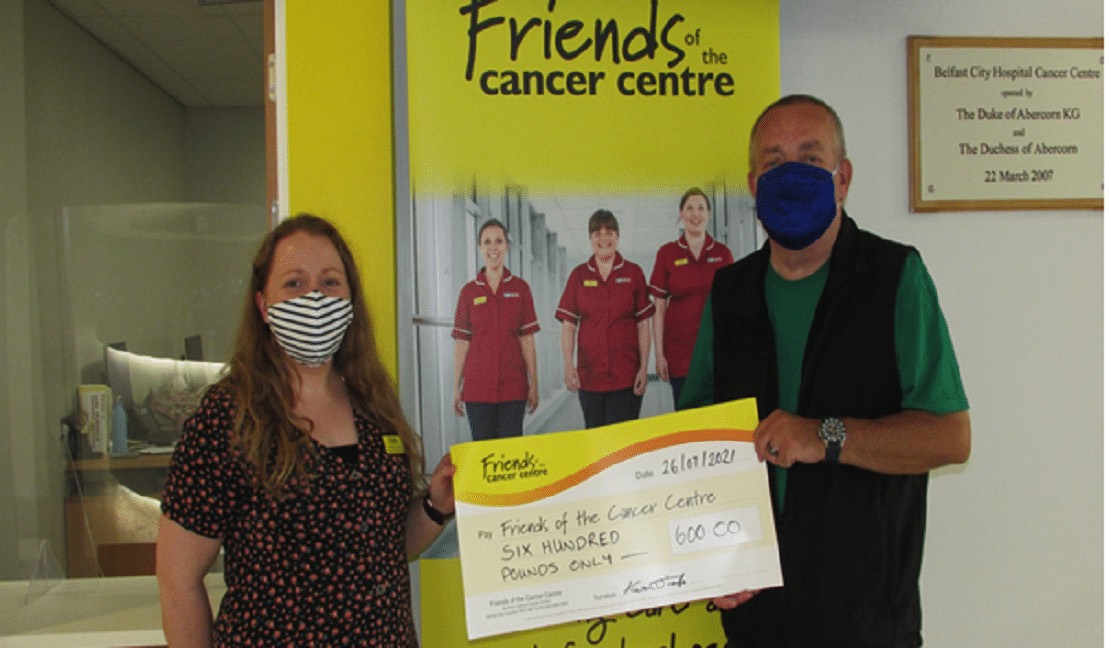 A County Armagh man who is undergoing cancer treatment and three of his friends have raised £600 for charity by having their heads shaved.

Kieran O’Toole said he had seen at first-hand the work carried out by the Friends of the Cancer Centre at Belfast City Hospital and wanted to support them.

The Armagh man, along with friends Tony Grover, Michael Cox and Peter O’Kane, had their heads shaved at the end of June, while still adhering to Covid guidelines.

The shaving was carried out by their friend Anne Rodgers and a bit of craic was had at the same time.

Kieran handed over the money recently while attending the centre for treatment.

He said: “The support we received was fantastic and especially from one local business, Rumours Café Armagh, who went out of their way to help us by providing all the food, tea and coffee for the day but also made a very generous donation.

“We would like to thank them for their kindness and to everyone who donated to our cause.”