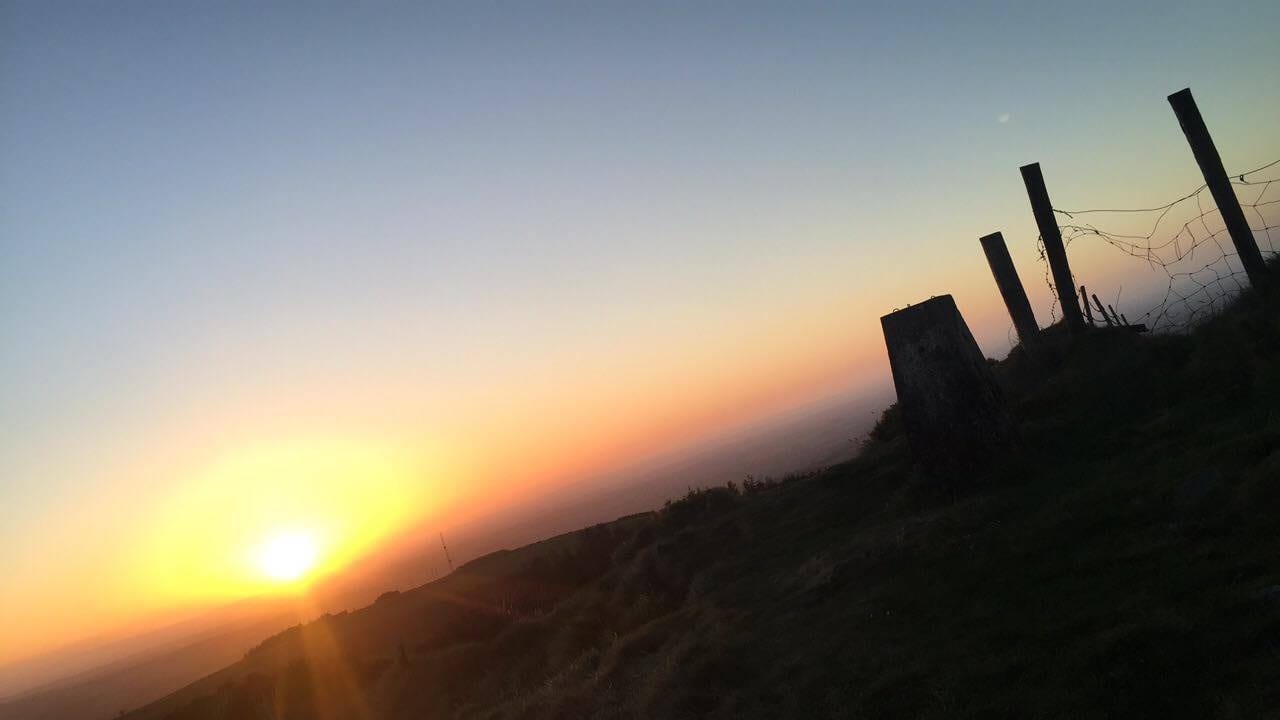 Tyre dumping has been rife around Carrickatuke Mountain.

A campaign has been launched to reverse the trend of anti-social behaviour at a Co Armagh beauty spot and maximise tourism potential instead.

Carrickatuke was once a thriving and popular draw for locals and tourists alike, commanding spectacular views.

But escalating incidents of fly-tipping of tyres and dead animals – and alcohol and substance abuse – have made it a no-go for many.

Now Sinn Fein locally has launche a campaign with a dedicated Facebook page where they aim to ‘Take Back the Carrick’.

It is aimed at developing the car park area on top of Carrickatuke Mountain so that local people and visitors can enjoy the splendid views from its summit.In a video filmed on top of Carrickatuke, Sinn Féin representatives Cathal Boylan MLA, Councillor Darren McNally and Bróna Haughey give a brief history of the mountain and its importance in the folklore and mythology of the area.

Carrickatuke is reputed to be part of the ancient mountain range called Sliabh Fuait and the site of Sídh Fionnachaidh, where the Children of Lir were born and raised.

Cú Chulainn is said to have watched the ‘Gap of the North’ for invaders from an old stone seat at the south eastern side of the summit, and the same seat was sat upon by St Patrick, who had intended to build his first church on the slopes of Carrickatuke, at a place now known as Armaghbreague, meaning False Armagh.

Speaking at the launch, Bróna Haughey said that the views and folklore associated with the mountain can compare with anywhere else in the world.

“Carrickatuke, meaning The Rock of the Hawk, is an area of outstanding beauty which commands views as far as Antrim in the north, Louth and Meath to the south, Monaghan to the west and the beautiful Mourne Mountains to the east,” she explained.

“Anywhere else, an area such as this would be seen as a tourism asset and developed as such.”

Carrickatuke was once a popular place for local people who would often take a drive up on a Sunday afternoon to take in the views, as the children leapt through the heather picking ‘blaeberries’.

But Newry and Armagh MLA Cathal Boylan highlighted the issues that have blighted the area in recent years.

“Once frequented by families, the Carrick has been used and abused by individuals and groups with absolutely no regard for others,” he said.

“Dead animals, tyres, fly tipping, alcohol and substance abuse are issues that have been brought to our attention and have had to be dealt with by our local council at a cost to the ratepayer.”

Councillor Darren McNally pointed to recent successes in the district, such as Darkley Forest, and said that an “innovative and bold strategy” was required to promote tourism in the area.

He added: “Sinn Féin wants to see Carrickatuke developed with facilities for local people and visitors from further afield.

“We intend to lobby council and other agencies for investment in this area through improved roads, signage detailing the history of the area, picnic facilities and organised events to increase visitor numbers to the area.”

The party is currently devising a plan to bring forward to council regarding the regeneration of Carrickatuke.

They have set up a Facebook page called ‘Take Back the Carrick’ and are asking the public to get involved with their views on how the area can be developed.