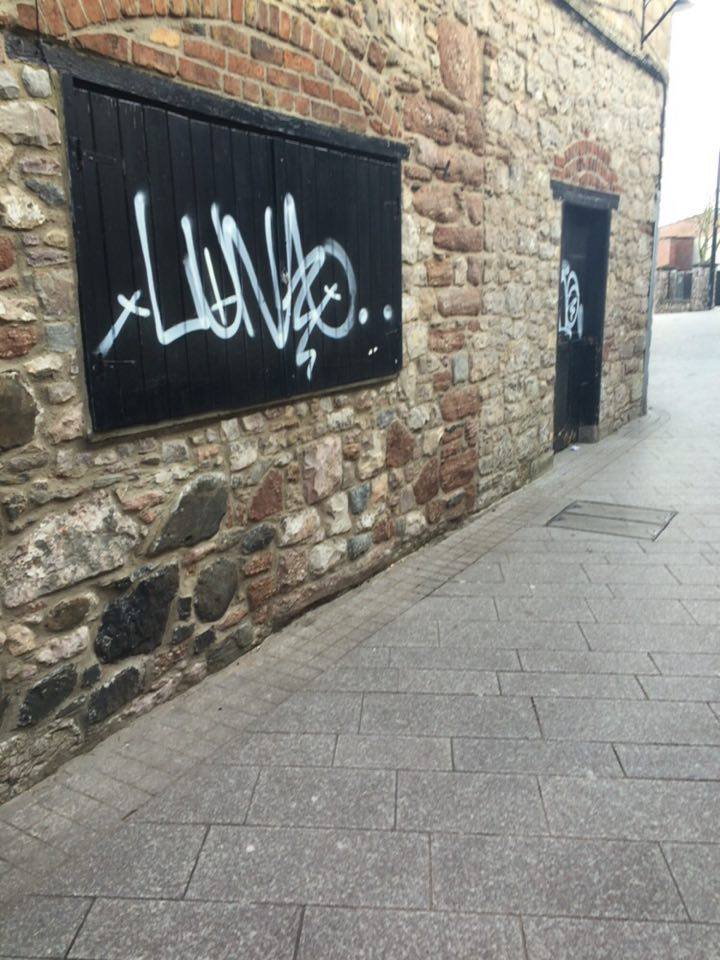 Damage caused by a graffiti spree across Armagh could collectively cost city business owners and ratepayers hundreds of pounds to clean up.

And it is expected that CCTV footage will be used to try and find those responsible.

Armagh I has been told that more than a dozen locations were targeted.

And it comes not too long after city traders were left counting the cost after the last city-wide spree.

One ‘tag’ – reading ‘Luna’ or ‘Lung’ – has been spray-painted repeatedly.

McCrum’s Court bore the brunt of the moron’s artistic endeavours.

TG Hawthorne’s store had three feet deep letters sprayed on a wall that was only repainted last year after the last incident. It was also daubed on a corrugated store to the rear of the premises.

The distinctive black shutters at the Hole in the

Wall Bar were also plastered, as were the side windows of a number of adjacent properties.

There were two further incidents at the Market Place Theatre.

And the trolley shelter at the rear of the Eurospar premises – and the connecting walkway on to Ogle Street – were also in hit.

One city centre business owner told Armagh I traders were fed up.

“Businesses, like everyone, have enough to contend with and it’s hard enough to keep going in this climate.

“But this just comes as a further slap in the teeth.

“It’s hard to believe that someone would do the likes of this. What satisfaction is there in it? What does it achieve?

“Hopefully those responsible will be found on CCTV. Or hopefully someone will come forward. Somebody out there must have seen something and they should bring that information to the police.