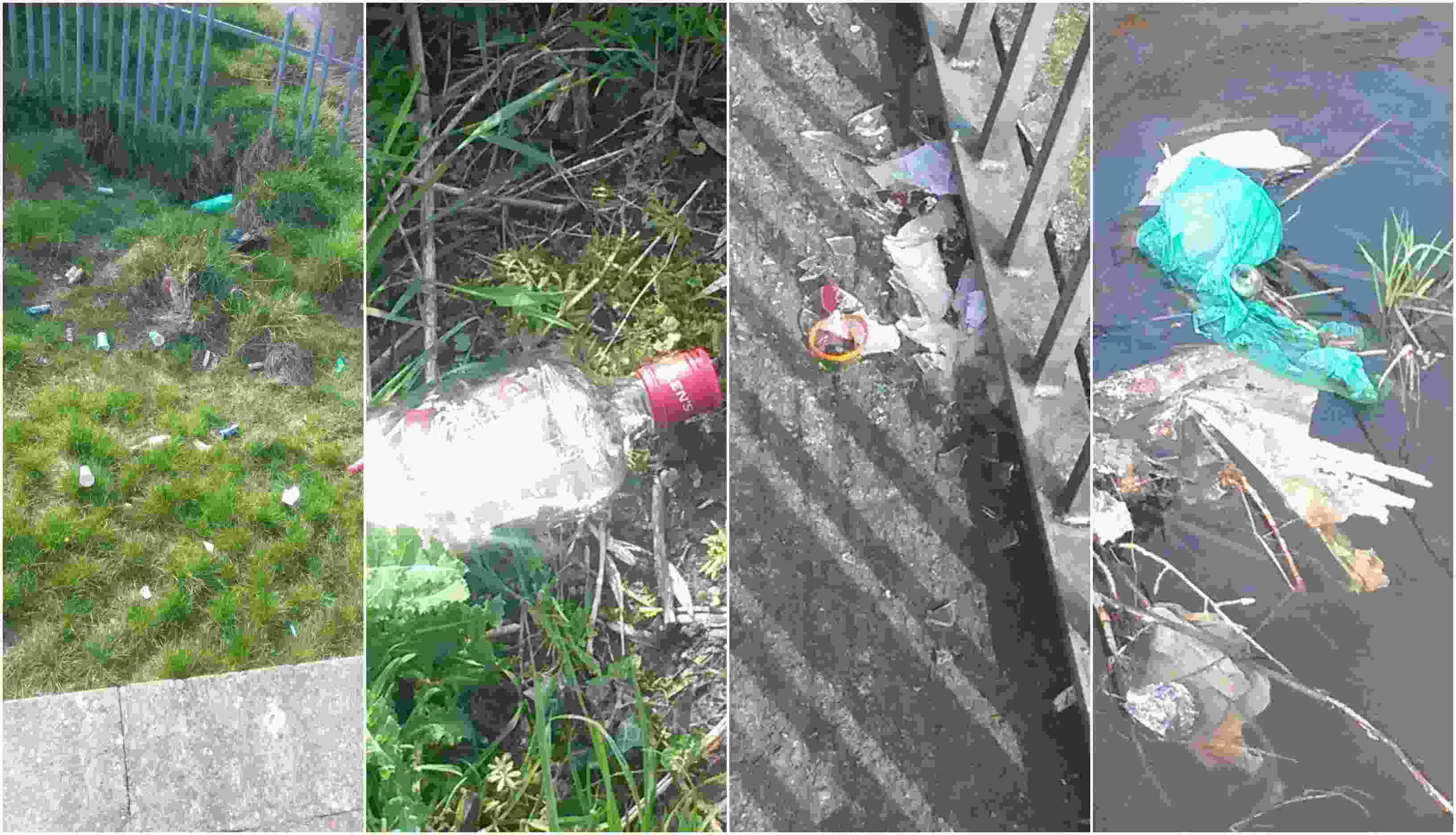 An Armagh woman has hit expressed sadness and dismay after the Callan river was left littered with the detritus of weekend boozing.

The local resident, who did not wish to be named, praised the efforts of the Friends of the Callan group who have been organising litter picks in the area.

There are ongoing efforts to restore pride in the area and install bins and public seating.

But the woman said young people had once again returned to the area and were holding drinking parties.

She has called on parents to intervene to help prevent the months ahead turning into a long, hot summer of drinking and anti-social behaviour.

Pictures sent to Armagh I show the area around St Patrick’s Park littered with tins and broken bottles, glass smashed and causing a danger to pedestrians and young children.

There is also evidence of bottles and plastic bags from carry-outs dumped in the river itself.

This was what greeted the woman as she went for a morning stroll.

She said she was disgusted to be “met with that mess” and blamed it on “young ones drinking under and on the bridge the night before”.

“It is probably going to be a regular thing, like previous years, with the return of the good weather.

“It is a shame that volunteers – young and old – just cleaned all around this walk a few weeks ago.

“Do parents not know where their children are? Young people are brazenly walking out the Killylea Road drinking or drunk on the way to the river.”