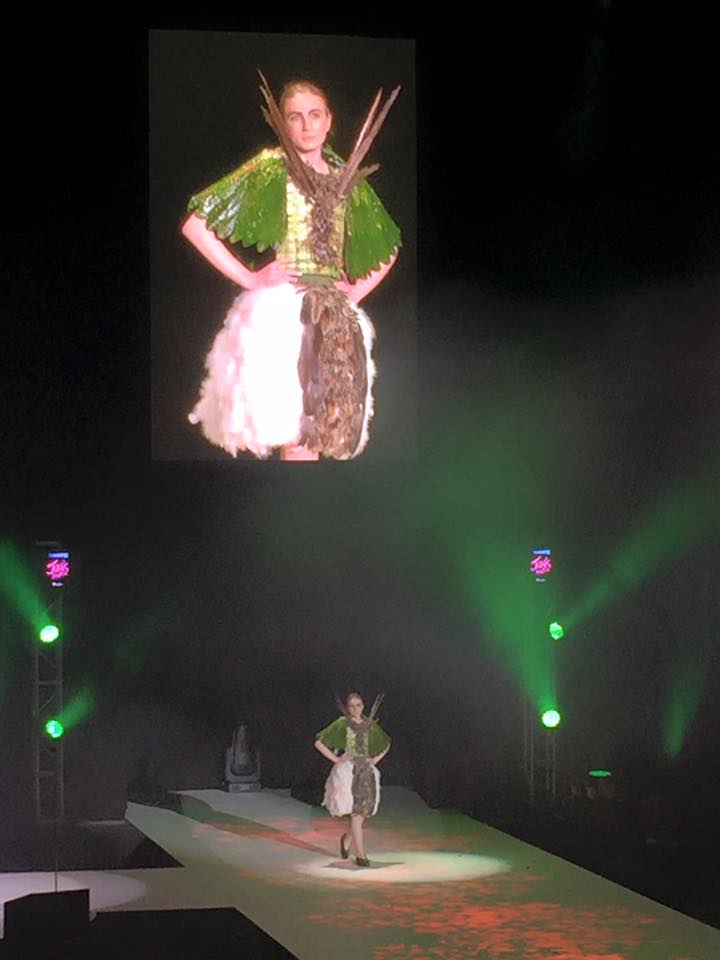 Brave Rachel Irwin has taken to the stage at the 3Arena in Dublin in the final of the Junk Kouture competition.

She did so in tribute to her brother John, the City of Armagh High School student who passed away yesterday (Wednesday) morning.

Rachel, as well as Leah McKee, saw their entries from the city-based school selected to take part in the final of the prestigious competition. Displaying great bravery, and with the great support of her family and friends, she ensured the show would go on.

It was an inspiring and fitting tribute to popular John, who passed away in hospital on Wednesday morning.

John, the son of Keith and Diane Irwin, from the Tynan area, was a hugely popular student and his untimely passing this week sent shockwaves throughout the school community.

One close friend, Katie Neville, described John as a “golden-hearted”  boy who had time for everyone.

At the 3Arena this evening, Rachel – the youngest entry and the youngest to progress so far in the competition – showed tremendous fortitude and everyone is so proud of her.

Her stunning creation was entitled ‘Wind Beneath My Wings’.

Junk Kouture is a national contest which encourages young designers in second level education to create striking  designs and impressive works of wearable art from everyday junk that would normally find their way into the bin.
Over the last five years, it has established itself as the premier recycled fashion competition for teenagers throughout Ireland north and south. John Irwin, 16, who passed away on Wednesday

More than 1,150 designs were entered into this year’s Bank of Ireland Junk Kouture competition.

Judges had a tough job in choosing only 320 of these to compete in the regional finals which were held across the country at the beginning of March and this 320 became just 80.

The 80 finalists – including Rachel – battled it out at the grand final.

The competition was eventually won by ‘Jewel of the Nylon’, by Eleanor Dywer, Jennifer Siak and Emma Clarke, at Our Lady’s Bower School in Athlone.

Picture: Rachel at the final. City of Armagh High School.