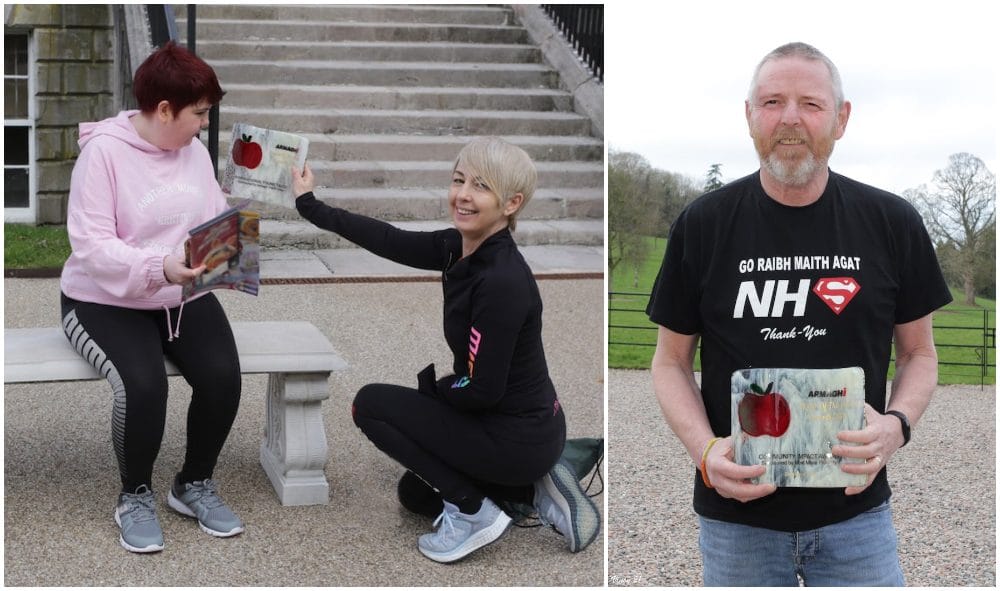 After a year like no other, positivity and selflessness has never held more meaning.

The inaugural Armagh I People of the Year Awards epitomises just what community spirit is all about and the nominees and winners that you voted for are prime examples of that.

In this and the next week’s podcast, we speak to the winners in each of the five categories.

For this episode, proudly sponsored by Blackhill Energy, Armagh I caught up with Bernie O’Connor, mother of Jodie O’Connor who won the Inspirational Young Talent Award.

It’s been a challenging year for Jodie who has autism, with the closure of the community facility her mother set up three years ago, due to Covid-19, and also familiar places such as the library and leisure centre where Jodie frequented.

Rather than sit it out however, Jodie took the first step that led her on a path that will no doubt continue long after the lockdown ends.

She took up walking and gradually challenged herself more and more, resulting in walking over 400 miles while raising money for a number of charities.

Jodie completed a marathon in 13 days, following her slogan ‘Doing it My Way’ and raised over £1,700 for the Southern Area Hospice. She walked 100,000 steps in aid of the Special Olympics and raised further funds for PIPs and numerous other charities.

Bernie tells us all about Jodie’s life, her joy on receiving the award and the challenges she and others with autism face through lack of funding.

We also speak to Stephen Fields, winner of the Community Impact Award.

Stephen is Community Development Manager for the West Armagh Consortium and also Chair of the Covid-19 Response Team.

While he has long been involved in community groups, Stephen really showed his mettle in this trying year.

From sourcing and organising PPE deployment to those in need at the start of the pandemic to setting up a cottage industry of over 35 seamstresses to make much-needed scrubs, Stephen pulled it all together.

He says the consortium was the core hub of activity, for the initiatives taken on, but it takes a special kind of person to come up with ways to make a difference, including liaising with vegetable producers to take unusable perishable produce and redistribute it to those in need.

Stephen modestly acknowledges that it’s a community effort that keeps things running, with classes and events continuing over zoom and outdoors where possible, but he is at the heart of it all and his and Jodie’s contributions to society have been acknowledges by you, the voters.