High wind warnings bring the potential for trees and branches to be felled, debris on roads and structural damage to buildings and potential power cuts throughout this evening 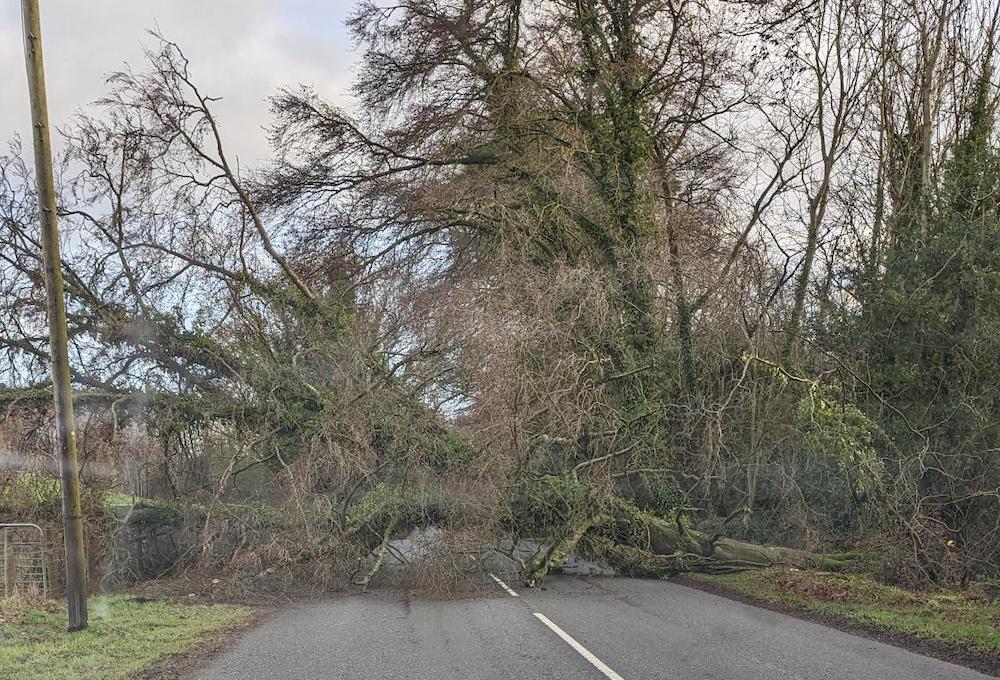 The Battleford Road in Armagh has been blocked due to a fallen tree.

It comes as a weather warning for strong winds comes into force.

And motorists are being urged to exercise extreme care on the roads due to strong gusts.

The driver who took this picture said he was very lucky it did not hit his vehicle.

“It fell down in front of my car; I was so lucky,” he told Armagh I.

“There was also a car in front of me which was just through when it fell. I don’t think it was especially windy at the time but the wind is getting up now.”

There are reports elsewhere across the borough of trees being damaged and branches down with more expected to follow.

There is also the chance of structural damage and power outages as a result of this latest warning, which came into effect from 3pm today (Thursday).

The yellow warning for winds is for the next 12 hours and is in place until 3am tomorrow (Friday) morning. There is the potential for this to be extended.

“Showers and very strong winds” are being forecast by the Met Office, with persistent showers to come later.

“Strong winds may bring some disruption to transport and infrastructure,” warned a spokesperson.

The Met Office says people can expect some delays to road, rail, air and ferry transport are likely; probably some bus and train services affected, with some journeys taking longer; delays for high-sided vehicles on exposed routes and bridges likely; some short term loss of power and other services is possible, while it is also likely that some coastal routes, sea fronts and coastal communities will be affected by spray and/or large waves.

The strong winds come ahead of a return to bitterly cold conditions and the chance of snow arriving towards the start of next week.