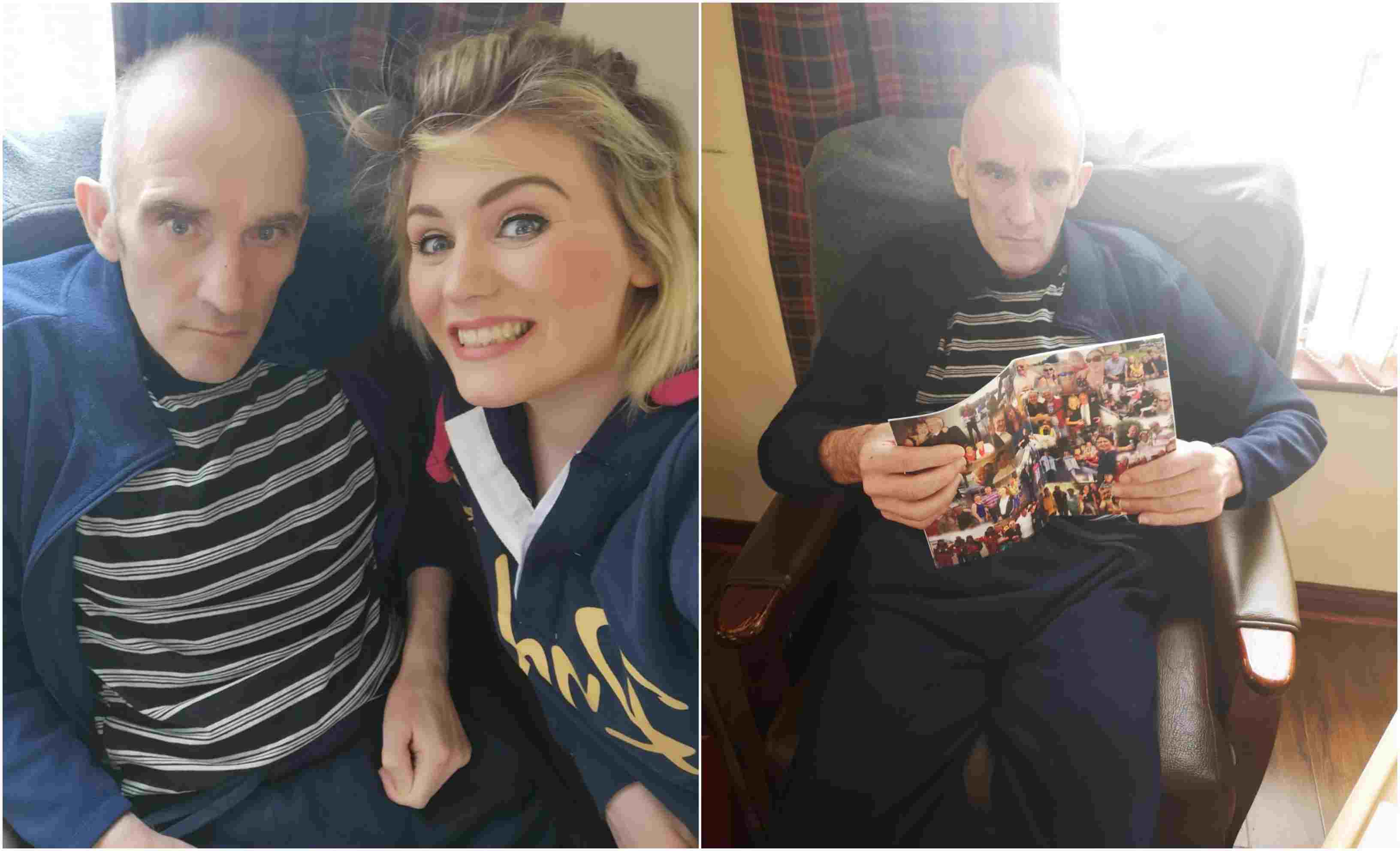 Racing back from her graduation with just enough time to stop at the McDonald’s drive-thru, Co Armagh woman Ashley Clarke wanted to celebrate her success with the most important man in her life – her father.

While her friends and classmates went out for fancy meals, Ashley made do with her quick fix before returning back down to her father, Desmond, who was unable to attend the Belfast ceremony because he suffers from Huntington’s disease – a debilitating condition which attacks the nerve cells in the brain.

But that didn’t stop him from getting suited and booted in the nursing home in Armagh for their own private graduation party.

Just over 18 months ago, Ashley and her brother Ryan, from Killylea, were forced to seek assistance from a nursing home as the medical care their father needed went beyond what they could provide.

Ashley, who has been caring for her dad since she was just 14, admits the move was heartbreaking but meant they “got a bit of daddy back”.

Speaking to Armagh I, Ashley explained: “Dad is now in a nursing home in Armagh; he has been there about a year and a half. It was just a case where his caring needs just outgrew what you could provide at home.

“For his own safety and well-being it was just the right time; it wasn’t even that it was mine and Ryan’s (Ashley brother) decision. 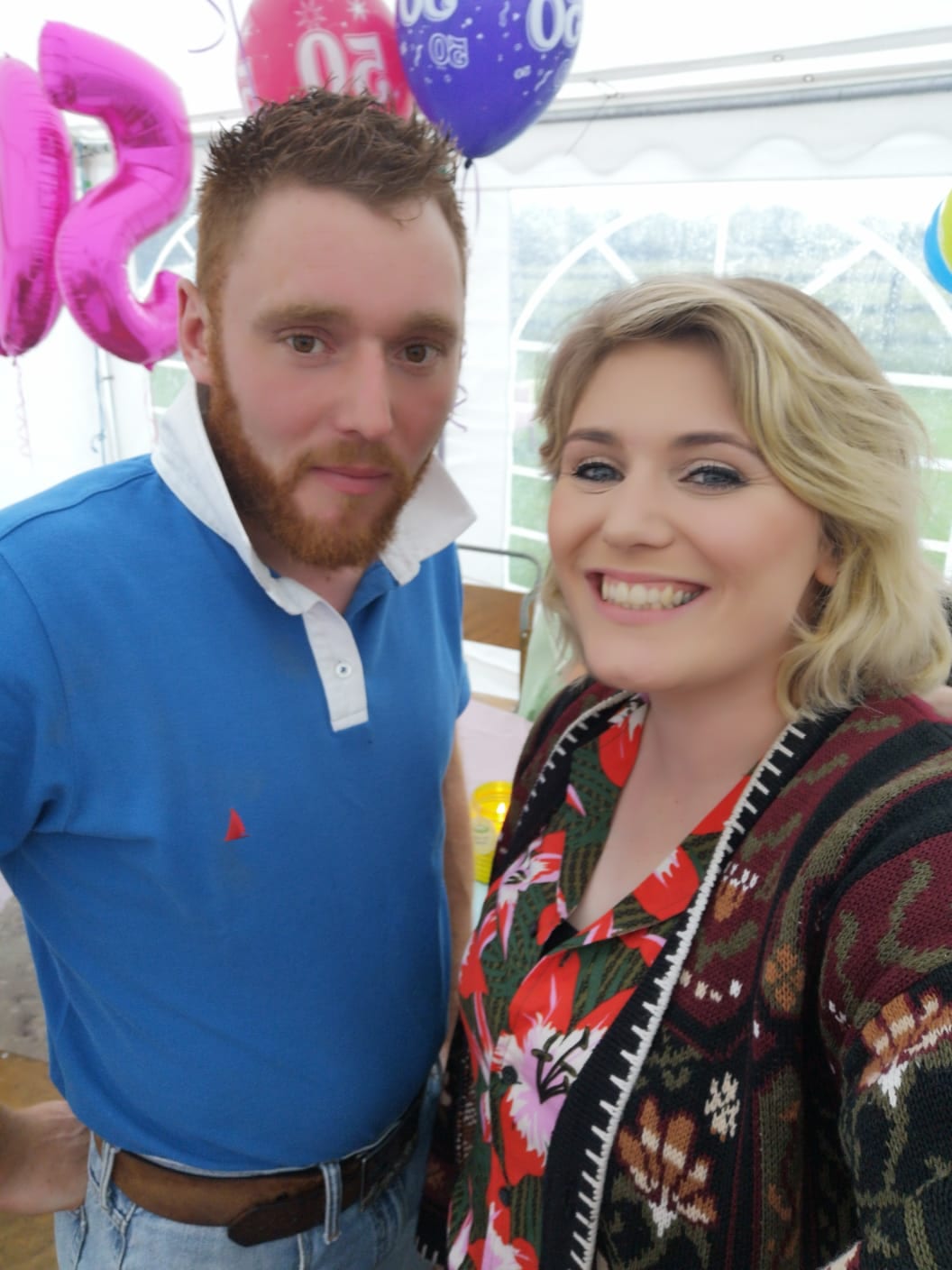 “The medical staff and the powers that be stepped in, and said ‘look guys we just think you daddy needs a wee bit more'”.

However, Ashley says this has helped their relationship, which had been strained by the care she had to provide her father.

“It is brilliant, it is almost like Ryan and I have got a bit of daddy back,” she said. “You were stretching yourself so thin trying to care for him that you just felt like you weren’t getting to spend quality time with him.

“Where as now, you can go in, have a cup a tea and sit a blather nonsense to him, it’s a lot more relaxing. Me and Ryan can now feel like we can actually spend time with our daddy again.”

This has also given Ashley the chance to complete her studies and graduate from university, something her dad had always wanted to see.

She said: “As much as when your parents get sick you look after them, but at the same time I know how important education was to dad and the fact I went to university, got my degree, graduated – he would be more proud of me for that.

“When I graduated last summer, I went to my brother and said ‘look it is up to you whether daddy can come to my graduation or not’.

“Ryan would be a bit more level-headed than I would.” 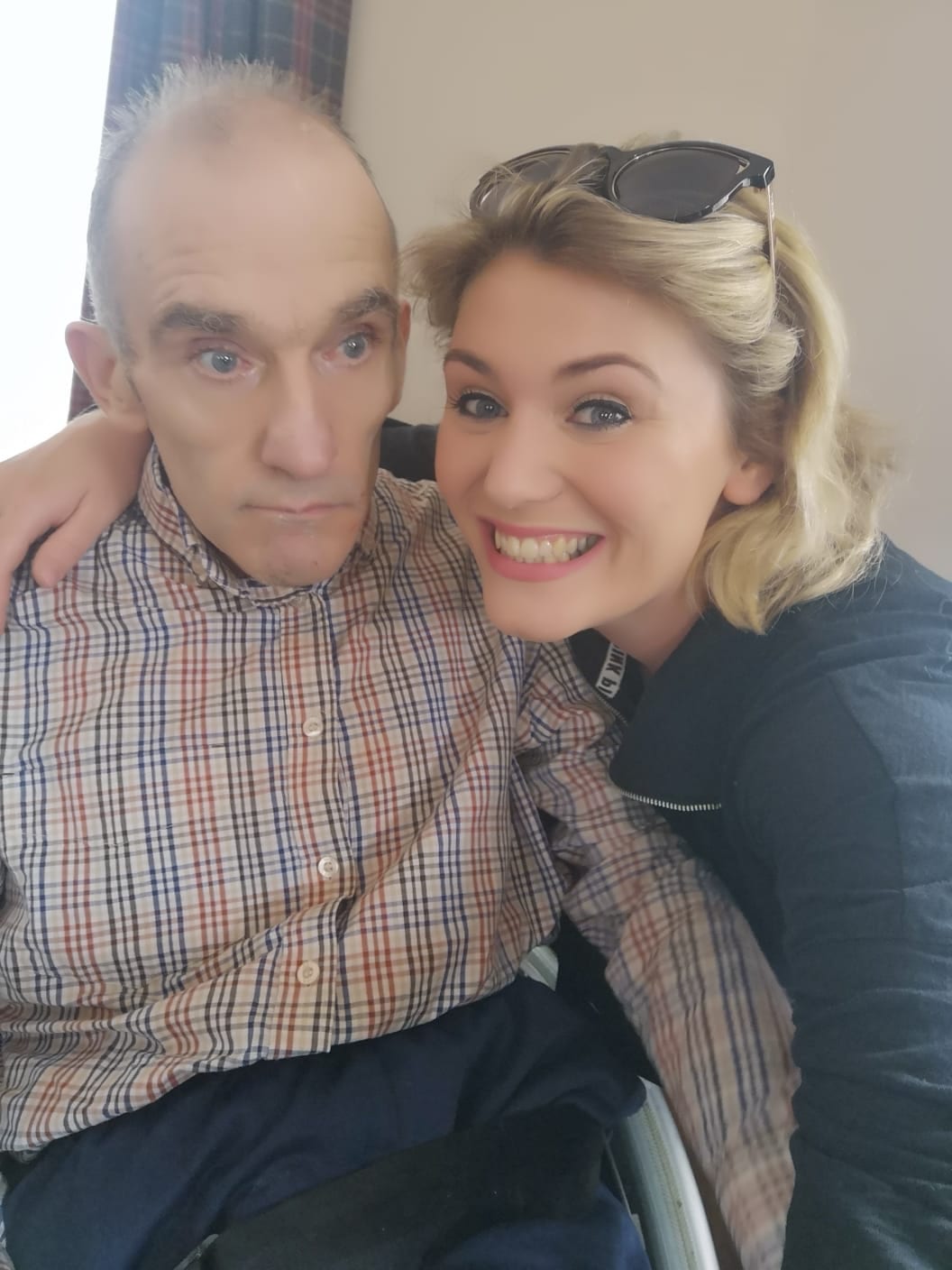 But as Ashley’s graduation approached the likelihood her dad would make the ceremony faded.

“I was devastated so I went and talked to the university. The ladies in the office waived the fee for me to bring the cap and gown home with me,” said Ashley.

“So after the ceremony, when everyone else went out for fancy meals, I raced down the road to the nursing home making a stop at McDonald’s on the way.

“I arrived at the nursing home to see dad at the door all suited, booted and clean shaven. The staff were so good, they had set aside a wee room for us where we had cake and bubbly, it was amazing.

“It is every girl’s dream to have her daddy walk her down the aisle; I am not going to get that but to be able to celebrate my graduation with him was special.”

“I am now lucky enough to work at something I love, I am the fundraising and events officer for HDANI but I also work with young people.

“These young people are experiencing what I did at that age, that means I am able to give them the support they need. Huntington’s is a rare disease, it is also a very hard hitting disease, but I do believe more people are aware of it.

“It is not just the person who gets the positive result who has to deal with it, the families must also step up to help and they themselves have a 50% chance of inheriting the same gene. 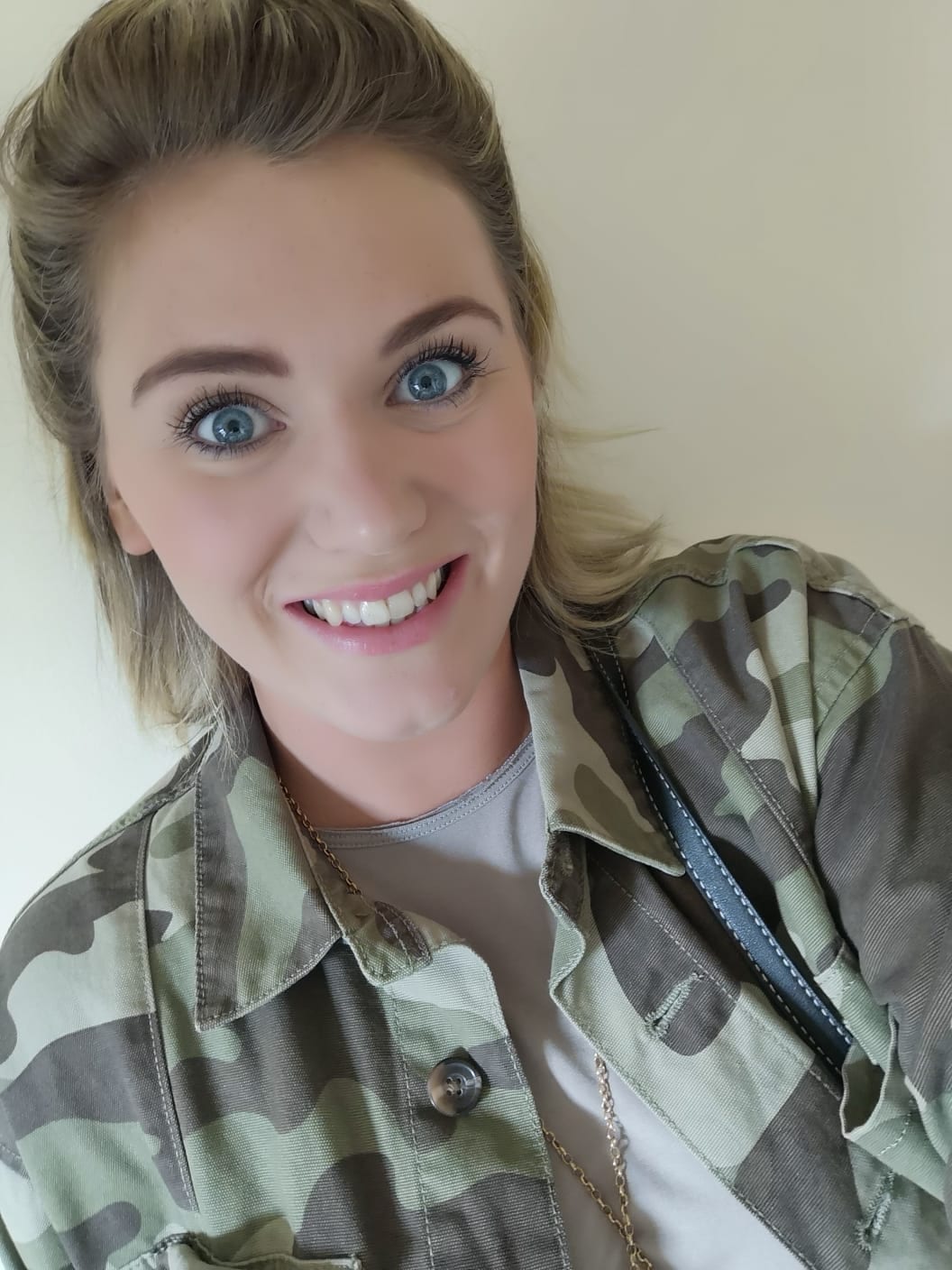 “HDANI is an amazing charity which offers so much support to people who are suffering or have someone they love suffering from the disease, this support is so vital.”

HDANI will be hosting a fundraising night on September 28 in Armagh City Hotel with Ritchie Remo.

HDANI which is the only charity in Northern Ireland which helps those affected by Huntington’s Disease and is currently celebrating its 30th anniversary.