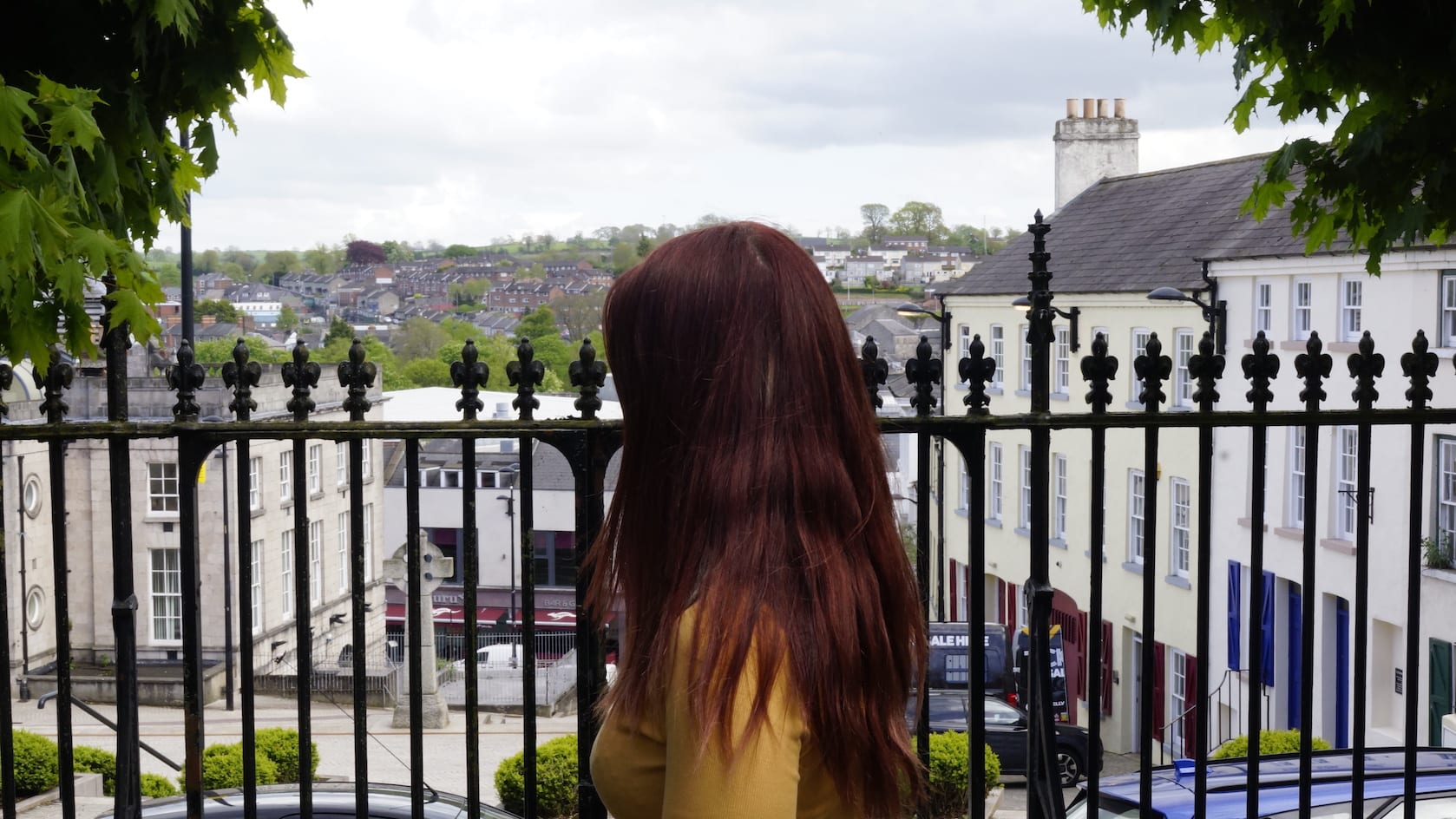 An Armagh woman physically beaten and emotionally abused by the father of her only child says she has lived the last three years of her life “like a bird locked in a cage”.

Mentally and physically tortured, 26-year-old Nicole* feared for her life, and left with literally nowhere to turn to.

Nicole moved to Armagh city just four years ago – having previously lived in Coalisland – when she met the man she thought she’d spend the rest of her life with.

But there would be no fairytale ending to this story.

Currently living close to the breadline, with a young daughter to support, Nicole faces the very real prospect of losing her home as a result of a beating she endured on the night of her birthday last year, just a week out from Christmas Day.

Speaking candidly to Armagh I, she said: “It was a great relationship to begin with but things took a turn for the worst after six months when he started beating me up; he went to jail for that in 2015.

“I broke up with him after he went to jail but stupid me, I gave him another chance after he got out. He promised me the world and how much he would change his ways, so I took him back.”

Things didn’t change for Nicole, they got worse; so much so it was her who ended up apologising every time she suffered at the hands of her violent partner.

“I really believed it would change but it just kept happening, continuously, on a regular basis,” she said.

“He would make me feel like I couldn’t call the police or anyone for help as I would ruin everyone’s lives if I did. Basically it was him being afraid of me telling anyone he was beating me. He put the fear into me.”

The honeymoon phase of the relationship ended abruptly when Nicole fell pregnant. That, she says, acted like a catalyst for all the beatings.

“He pushed me around even when I was pregnant and after the child was born the beatings intensified. The thing is, he had people convinced that he was a good guy.

“And as time went on, he was making me feel guilty for him beating me, as if it was my fault! I was beginning to apologise to him every time he beat me.

“I was abused physically, a lot, but I was also tortured emotionally; that was almost on a daily basis. If he didn’t like something, or if I said no to something he would lash out. It was his way of dealing with things. He was used to me doing things for him all the time.

“If I didn’t have time for him, or I had to look after the baby, he would take that badly, not speak to me.”

With a new born in her life, Nicole sacrificed many of her own ambitions to give her child the best possible chance in life.

Her education and training was put on hold, she left full-time employment, relying on her partner for income, but that evening in December changed her life pretty much overnight.

Nicole, after a night out with her partner and other friends, was violently beaten and chased around a house for almost an hour.

Fearing for her life, she knew it was time to pull the plug on a poisonous relationship that could go on no longer.

Just last month, almost half a year after reporting the incident, her now ex-partner was sentenced to five months in prison, but that wasn’t the end of Nicole’s problems.

“It has been a long, difficult process,” she explains. “For me, there feels like there is no finish. New issues keep coming up and they’re adding up, taking their toll on me.

“I can’t look for a job and I have to walk around Armagh looking over my shoulder just in case he’s lurking somewhere. I’m living in fear. It’s really disturbing.”

Just when Nicole thought she was safe, days after his conviction she spotted her ex walking in Armagh city centre – he was bailed, pending appeal on the length of his sentence.

“I just don’t get how can he appeal his sentence, what’s he thinking? Does he think he’s done nothing wrong?”

Currently out of work, looking after her child, Nicole has had to apply for income support, but that process has worked against her, leaving her facing eviction from her apartment due to arrears incurred in the weeks after she threw her child’s father out.

Court letters have arrived through her letterbox, either asking her to leave her home or telling her that her abuser is not behind bars – enough to break any person’s spirit.

But Nicole has a resilience about her, a strength she says will see her out the other side, better than ever.

“It feels hopeless at the minute,” she admitted. “But I am hoping to go back to college to do my personal training; I’m looking forward to my future but this case has just held me back. This happened in December and there was adjournment after adjournment. For it to go to May; it has been a long process which has stopped me from doing things.

“I want to do so much but somethings I feel so low, I don’t have the motivation. What if I go out and he’s there? He does put that fear in me. He tried to mess me up mentally and I think he succeeded but at least I found that strength to walk away.

“I’ve wasted so much time in and out of the courts and to have him walking around is just really hard to take it.”

She added: “Looking after my child is my priority but I’m looking forward to a better future. It’ll only be a matter of time before I am up and running again but I just did’t feel like I could work with all this hanging over my head. The last thing I want is to get a new job and have to keep running away to sort out these issues.”

Despite the horrors of daily abuse at the hands of a abusive partner, Nicole says she is determined to stay in Armagh, a place she proudly calls her home.

“My parents and siblings all live in Coalisland and continue to support me so much but I have great friends around me here too. If it wasn’t for family and friends I don’t know where I’d be.

“I love it here in Armagh. I certainly wouldn’t want to move from here because of him. Everything is here for me. I don’t want to run away from somewhere I want to be.”

Nicole is now receiving support from her local Women’s Aid group. To find out how they can help, visit them on this link here.

If you – male or female – are a victim of domestic abuse, you can call the PSNI’s dedicated helpline 24 hours a day on 0800 917 1414, or visit http://www.familysupportni.gov.uk/listing/psni-domestic-abuse-helpline-24-hrs-northern-ireland/ for more help.

*Nicole’s name has been changed to protect her anonymity.