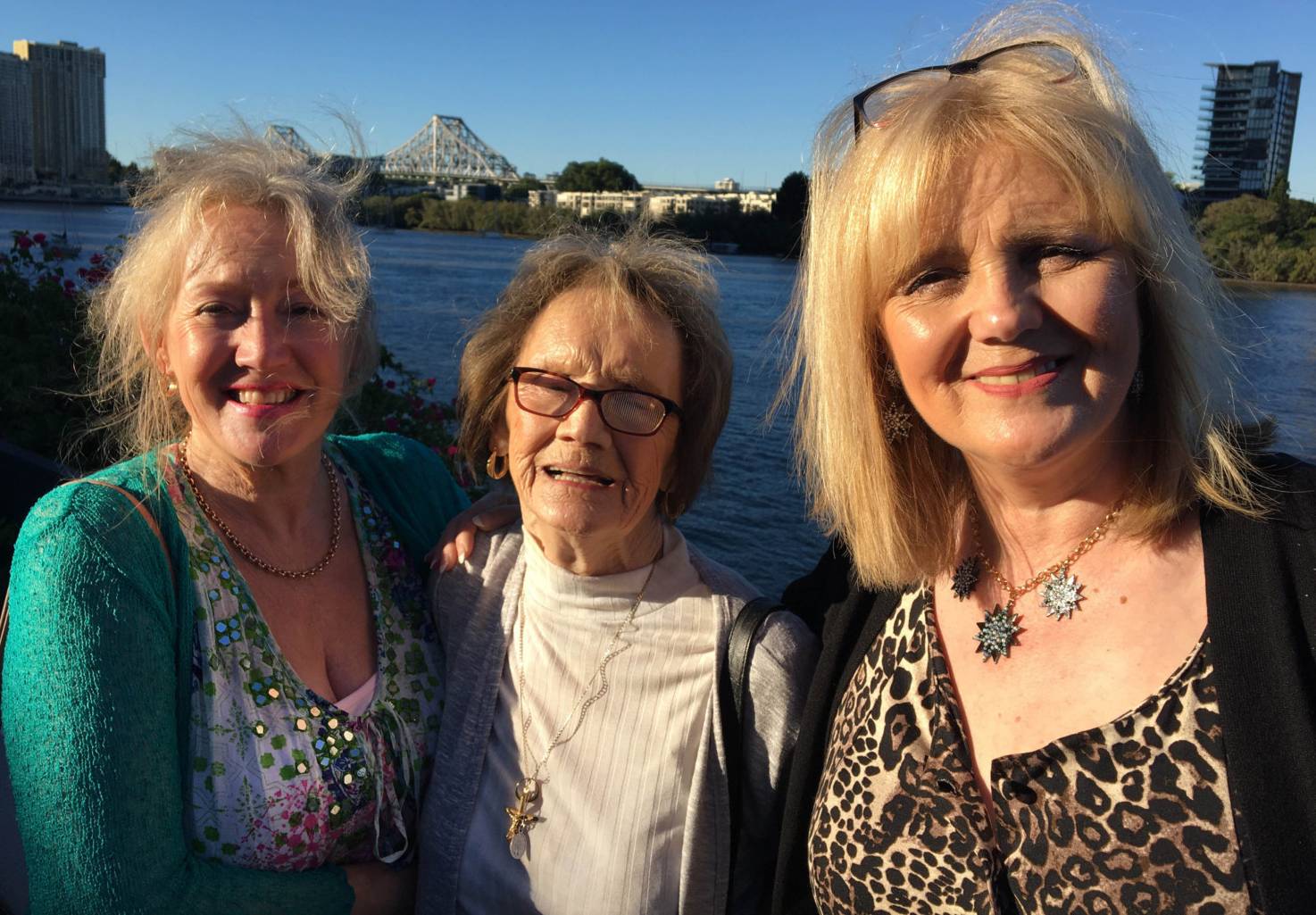 The journey of an Armagh woman who tracked down her daughter she gave up six decades go, will be chronicled on the hit ITV series Long Lost Family.

She describes to show hosts Davina McCall and Nicky Campbell her attempts at tracking down her long-lost daughter Catherine.

The journey takes them all the way to Brisbane, Australia.

Raised in a strict Catholic family, Margaret moved to London as a teenager to start a new life. While working in a café Margaret met a boy and soon became pregnant.

When the father didn’t want to take responsibility, Margaret didn’t know what to do. She knew that her parents would never accept the baby, so she could not go home, and she was working full time to support herself.

Growing up Catholic, Margaret trusted that the church would be able to help her, so she went to see a priest. He was able to tell Margaret about a convent that would help her.

They took Margaret in, but instead of the kind treatment she was expecting from the nuns there, they treated her very badly.

“I thought they were going to be nice. But they were far from nice,” Margaret recalled.

The young girl was made to do menial tasks, housework and gardening, to earn her keep, and was shamed by the nuns for being pregnant out of wedlock.

“The nuns they treated you like nothing, saying you were a bad girl. I thought I was worthless.”

Margaret had a baby girl, who she named Imelda. She felt she had no choice but to put her up for adoption.

Margaret was devastated when Imelda was taken away.

“I didn’t want them to take her from my arms. Broke my heart it did.”

She has thought about her daughter every day since, reading her horoscopes and praying for her every night.

“I pray for Imelda every night of my life, I just put my head in my hands and say oh god please help me.”

Margaret went on to get married and move to Perth, Scotland, where she had five more children and is now a great great grandmother.

She is desperate to find Imelda before it’s too late.

“I’m praying that I find her before I die. I really am,” she said.

The search for Imelda started with her adoption records. Interestingly, the family that adopted her kept the agency updated, so they discovered that Imelda’s family had moved to Australia when she was six years old. Now called Catherine, Nicky makes the journey to Brisbane to meet her.

Also raised in a strict Catholic family, Catherine tells Nicky that she has always wondered about her birth mother, but that she never looked in case she had been kept a secret.

“I thought well maybe she hadn’t told anybody about me and just kept me a secret”.

Nicky is able to tell Catherine that she was never a secret and about the huge family in Scotland who can’t wait to meet her. “Got a whole new family out there.”

Catherine is the sole full time carer for her adoptive mum who is 96-years-old, she isn’t able to leave her, so can’t make the journey to the UK to meet Margaret.

Davina is tasked with giving Margaret the news that while Imelda has been found, she lives on the other side of the world, a reality which might be difficult at Margaret’s age.

Margaret is overcome to hear that Imelda has been found. “Never had as good a news in my life as this. It feels great, I feel I could go out and dance”.

Davina explains that she has been found in Australia, and Margaret doesn’t hesitate to take the opportunity to see her daughter. “I’d fly anywhere, I’d fly to heaven to see her.”

Six weeks after hearing the news, Margaret and her daughter Therese make the long journey to Australia. Margaret meets Cathy in the gardens of a hotel in the centre of Brisbane.

The pair share an emotional hug and catch up about each other’s lives.

“Today has been the best day of my life, and I’m so happy I’ve met my mum” – Catherine. “Never give up, I said one day I will find her, and I did” – Margaret