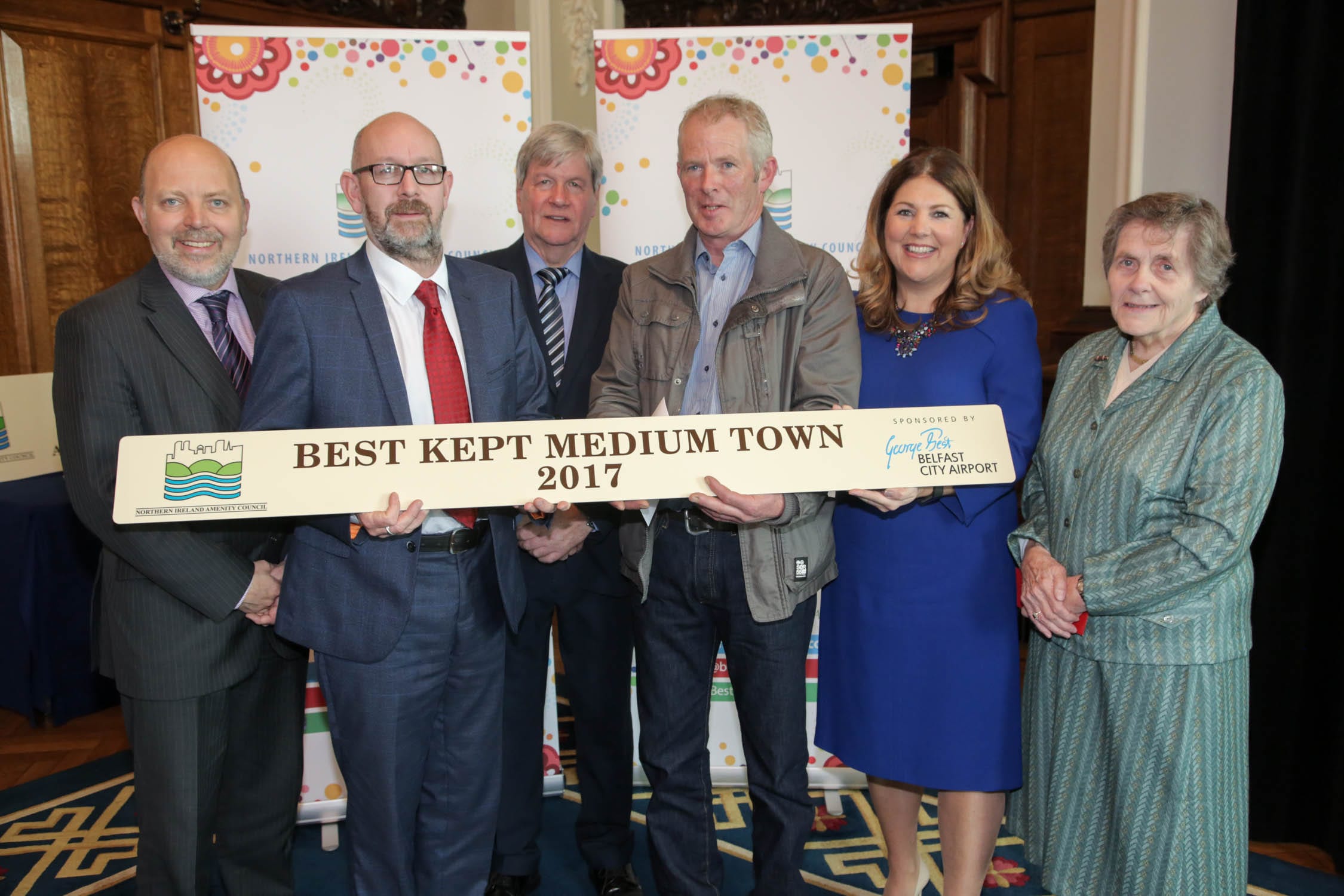 With a clear connection and preservation of the town’s strong historical connection, Armagh impressed the judges enough to win the Medium Town category at the Best Kept Awards, beating the likes of Ballyclare, Comber, Cookstown, Downpatrick, Dundonald, Dungannon, Enniskillen, Holywood and Magherafelt.

Speaking at the awards ceremony, Doreen Muskett, President of the NI Amenity Council, said: “The standard of applications received from all of the Council areas this year was extremely high. Our judges faced a difficult decision in choosing the city, town and village winners as well as the overall winner.

“Armagh has a beautiful history, and the judges were delighted to see a realisation amongst business people and residents that this is something to be proud of and conserved for future generations.

“The Best Kept Health & Social Care initiative is a fantastic opportunity for cities, towns and villages across Northern Ireland to work with their local community to encourage residents, businesses and volunteers to have a practical and positive effect on their direct environment.

“We are extremely grateful to Belfast City Airport for its support this year.”

“The efforts have been incredible and it’s fantastic to hear about the direct impact that the volunteers have had on residents, businesses and the community at large.

“It is a pleasure for the airport to support the Best Kept Awards in its 60th anniversary year. At Belfast City Airport, we deliver an award-winning Community Commitment Plan which focuses on Community, Education, Environment and People.

“Over the last six decades, the initiative has played a huge role in engendering a sense of civic pride among communities across Northern Ireland. We want to support local communities as they strive to improve the environment and the lives of its people – core values which we share.”

First established in 1957, the competition has grown over the years and now includes 90 awards across a number of categories.