The vet warned owners to keep pets under control and said: 'If a dog can be attacked then a child could be next' 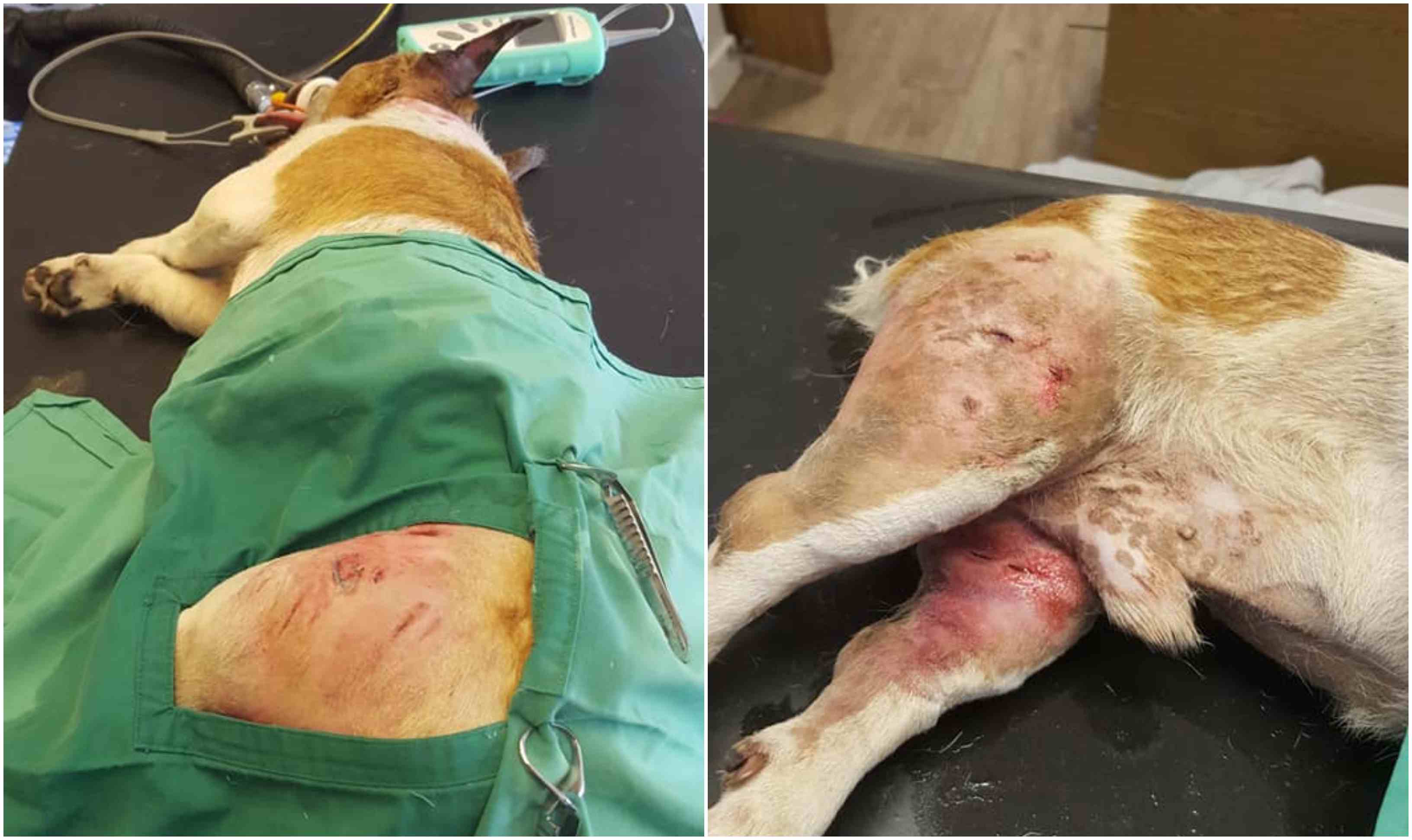 The Jack Russell underwent surgery but had to be put to sleep due to the extent of injuries sustained. Pictures used by permission.

An Armagh vet has warned dog owners to take responsibility for their pets after a Jack Russell had to be put to sleep after being attacked.

Orchard Veterinary Centre warned that a “child could be next” after the dog was set upon in the Banbrook Hill area of the city this week.

Vet Conor Donnelly – issuing a warning to dog owners in the Armagh area – said the Jack Russell had been “attacked by a group of lurchers”.

And he told Armagh I it was the second dog attack fatality the practice had dealt with in the past month.

He added: “It’s just disgraceful in this day and age that family pets are being attacked and suffering so badly and so needlessly like this.”

The Jack Russell was an elderly pet which had been left to its owner after the passing of a relative and was greatly loved.

The man, who did not wish to be named, has been left very upset after the incident.

As a result of the attack, the dog suffered “extensive deep dog bite injuries”, according to the vet.

Orchard Veterinary was forced to make a very hard decision.

“On exploring the wounds under anaesthetic further and assessing the extent of deep tissue damage, we made the difficult decision to put him to sleep,” said the vet. “Dog bites can be the most severe type of injury we see due to infection and tissue damage that occurs.”

Mr Donnelly told Armagh I : “Our advice is to keep your own dogs on leads and avoid that area in case of a repeat.

“I have contacted the dog warden. We wanted to get the message out to warn dog owners. It’s the second dog attack fatality we have dealt with in the last month and it is heartbreaking for all involved.

“And, obviously, given recent dog attacks on children in the national press we don’t want to see this in Armagh

“People need to control their dogs. As a dog owner you must be responsible for your dogs at all times to prevent heartbreaking incidents like this.

“If a dog can be attacked then a child could be next.”