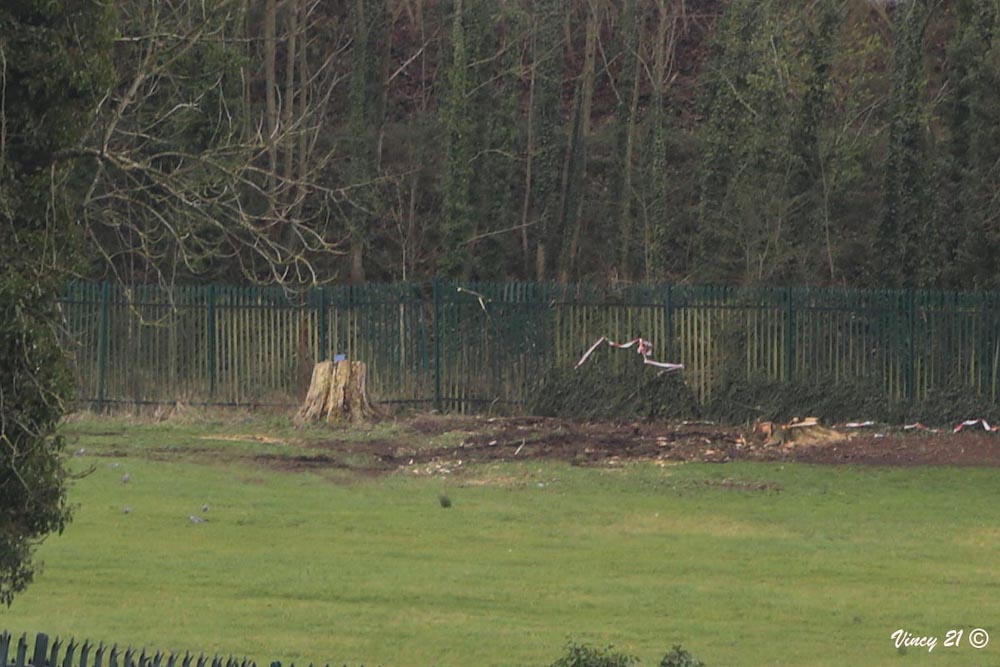 Mature trees in Armagh, over a hundred years old, were today felled after youths set them on fire on Thursday afternoon.

The prominent and majestic trees in the College Fields, just off the Moy Road and at the bottom of St Patrick’s Cemetery, are today no more, following the mindless act of wanton vandalism.

It is understood a group of young people were spotted in the area shortly before 2pm.

Fire crews from Armagh station attended the scene at 1.50pm, following a call from an eye-witness, and spent an hour getting the blaze under control.

A cordon was put in place given the precarious situation of the tree remains before contractors were called in to fell the trees –  planted several generations before the culprits responsible for the act – later in the afternoon.

Those contractors were today (Friday) continuing with the clear up – which ultimately will come at the expense of the ratepayer.

A spokesperson for NI Fire and Rescue, told Armagh I: “Firefighters were called to reports of a tree on fire shortly before 2pm. They used two buckets, one axe and a hose to extinguish the fire.

“The incident was dealt with by 2.45pm and the cause of the fire is believed to have been deliberate ignition.”

An investigation is currently underway.