The business now wants to push on modular extensions, tiny houses and glamping over the next year 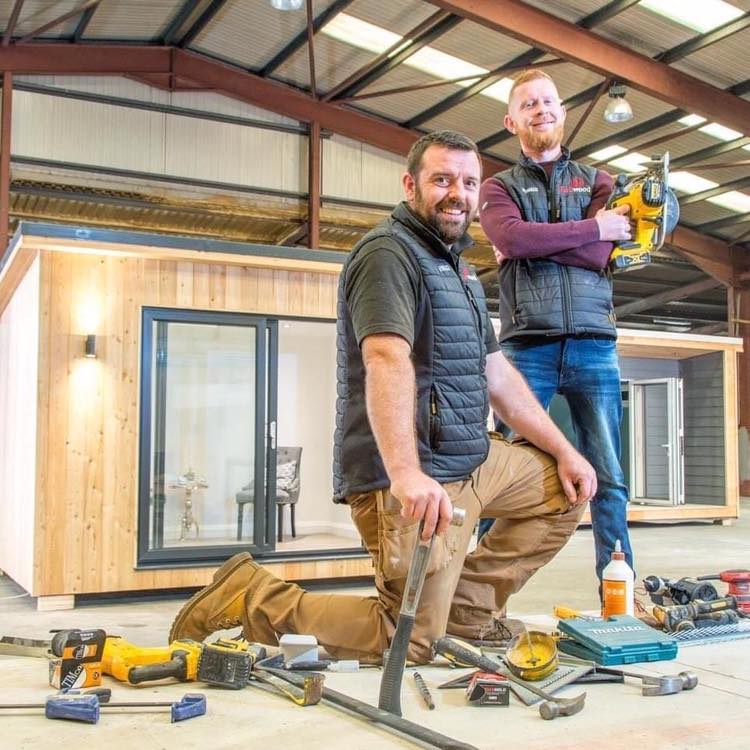 One Armagh business which adapted to meet a gap in the market has gone from strength to strength as demand for garden pods booms.

Redwood NI has launched their own range of garden homes as many of us were confined indoors during lockdown.

The business was set up in back in December of 2018, with the initial plans to build and sell timber frame homes. However, just over a year later despite relative success as the pandemic hit, almost all projects were cancelled within the space two weeks.

Whilst at home, the co-owners James McBride and Richie Crumley got brainstorming and came up with the idea of garden pods and have not looked back since.

Speaking to Armagh I, almost a whole year later, James admitted that he had not seen the work in garden pods as a long term project, but was delighted to say that business was “positively booming”.

“The cabins are continuous items for us, they have nearly taken over from our timber frames,” he said. “We have been able to hire 10 more staff. We have our own in house designers now.

“It was supposed to be a stop gap, to see us through while we were waiting on the timber frames business to pick back up again.”

The timber homes side of the business has begun to take off once more with houses being erected throughout the country, but James commented that the cabins could almost be a business of their own.

“We have put out gyms, we have put out entertainment rooms, quiet rooms, bars and, to be honest, initially we thought offices would be the big seller but people just seem to want somewhere to relax, to sit down and enjoy their garden.”

Redwood now have two teams that assist on large cabins which have to be built on site, whilst another group work on smaller projects which can be lifted at their factory.

“It has all become very popular, from the likes of your glamping pods to your tiny living. The biggest change has been the size. We started with relatively small cabins, thinking that they were big cabins and now we are up to ones that you could live in!” Talking about what is next, James said that the business wanted to push on modular extensions, tiny houses and glamping over the next year.

Now the team at Redwood are set to introduce a new product. QuickRoof is a prefabricated room in a roof cassette system constructed using engineered I-joists. Manufactured offsite the QuickRoof product is cost effective, exceeds building regulations and speeds up build time and is an ideal product for all types of builds from bespoke self-build homes to larger commercial projects.

For more information on what Redwood has to offer  you can visit their website here.