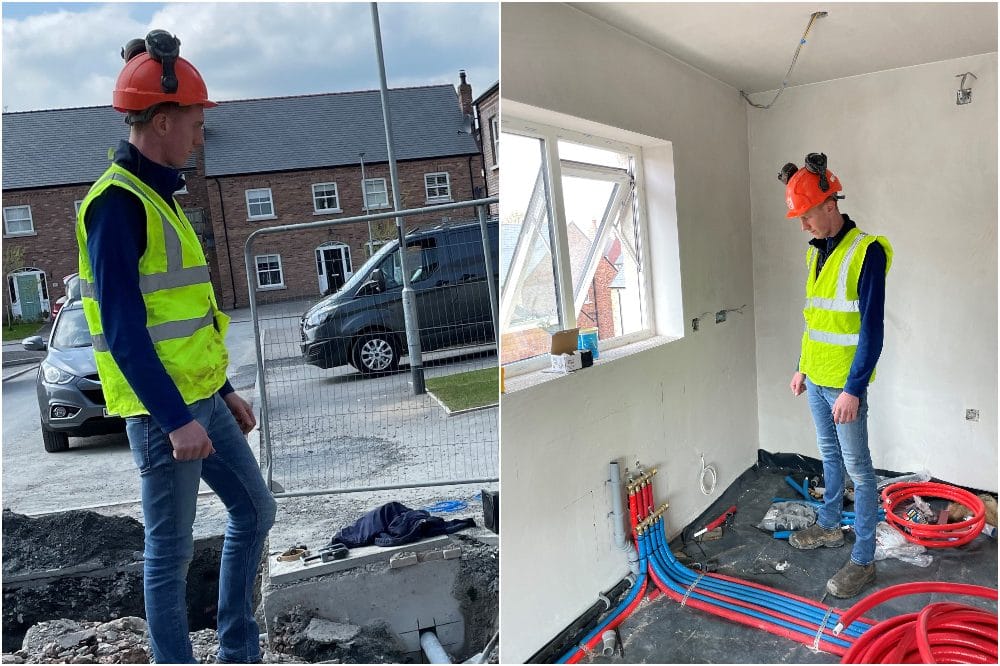 James completed his Ulster University Foundation Degree in Construction Engineering with Surveying at the Dungannon Campus, which allowed him to learn, work and earn from the moment he started his foundation degree.

He said: “I had always planned on entering the Construction industry and felt that a foundation degree would provide the best chance of progressing. After leaving school, I thought long and hard about choosing between University and College. In the end, I decided to progress my studies via a Higher Level Apprenticeship while undertaking an Ulster University Foundation Degree at South West College.”

Check out all the latest jobs on ArmaghJobs.com

James favoured this route as it was more affordable and offered all the advantages of higher education alongside vital real-world experience as a Higher Level Apprentice, which he felt gave him an edge within his studies.

James felt supported throughout his programme and praised the Higher Level Apprenticeship route for propelling him into an enjoyable career as a Trainee Site Manager with Landmark Homes.

He said: “As a Higher Level Apprentice, I had a job and a salary from day one whilst working towards my foundation degree. The course was very practical as I was in employment four days a week, out and about chatting to new people rather than being in a classroom all day.

“In addition, it allowed me to experience what is happening on-site and see the operations take place in real life, which enhanced my learning.

“As part of my job role, I supervise and oversee the project’s direction, ensuring that the project runs smoothly whilst keeping close contact with building control and NHBC when houses are being developed. So, that everything is being constructed to the required standard and can be signed off correctly.”

James gained a tremendous amount of knowledge within his prominent role and would highly recommend the prestigious higher level apprenticeship route, which is funded by the Department for the Economy.

He believes it is the best way to enter and progress within the thriving sector and encourages school leavers deciding what to do after GCSE’s or A-Levels to avail of the multitude of apprenticeships available locally at the College.

He said: “It is an enjoyable route to go down and is a great way to gain experience within the sector, which is stimulating and varied, with lots of career paths. If I were advising my 16-year-old self, I would most definitely recommend the higher level apprenticeship route. It is a better way of gaining knowledge as you get the best of both worlds by being in-class one day per week, learning the academic side of things and then being on the site learning the practical side of things. It allows you to discover and learn a whole lot more rather than just focusing on the bookwork.”

James is now career ready thanks to the Higher Level Apprenticeship route and intends to top up his foundation degree to a full honours degree by continuing his studies at South West College.