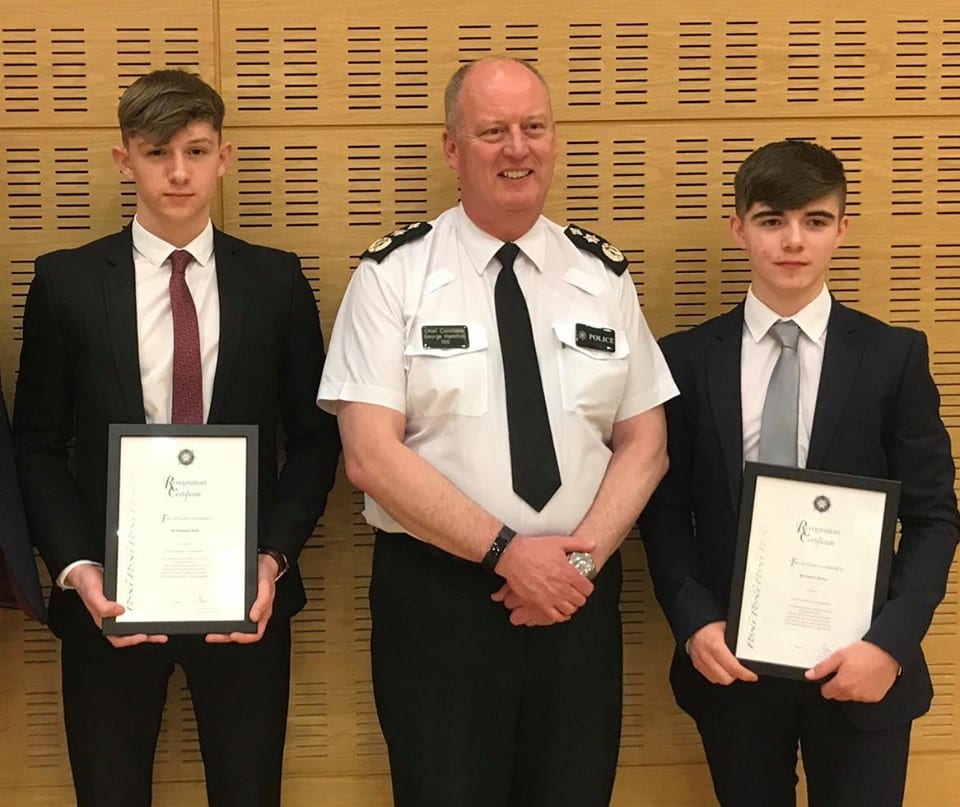 Two Armagh schoolboys who intervened after seeing an older man being attacked at Moy have been recognised for their bravery.

Dominick Kelly and Patrick Harvey did not think of their own safety and also came under attack after stepping in.

This week, PSNI Chief Constable George Hamilton presented the boys with awards to mark their act of bravery.

It was in May of last year that the drama unfolded.

The boys – students of St Patrick’s Grammar School in Armagh – could not stand back as they saw an older man being “viciously” attacked as he worked at a shop in The Square area of the village.

A PSNI spokesperson – highlighting what the young heroes had done – revealed: “While others looked on or looked away the lads crossed the street in the right direction and intervened to get the thug away from his victim.

“He then turned his attentions to them, punching and kicking them.

“They both stood firm and overpowered the attacker, restraining him until others came and assisted then keeping him there until we arrived and arrested him.”

The Chief Constable was “delighted” to present Dominick and Patrick with an award in recognition of their actions.

And St Patrick’s Grammar School has also spoken proudly of their “act of bravery and civic mindedness”.

Staff and pupils have been quick to sing their praises.

And the school itself hailed them as “two superb ambassadors for St Patrick’s”.

We can’t say fairer than that! Brilliant boys! A huge well done to both Dominick and Patrick – shining examples to us all!