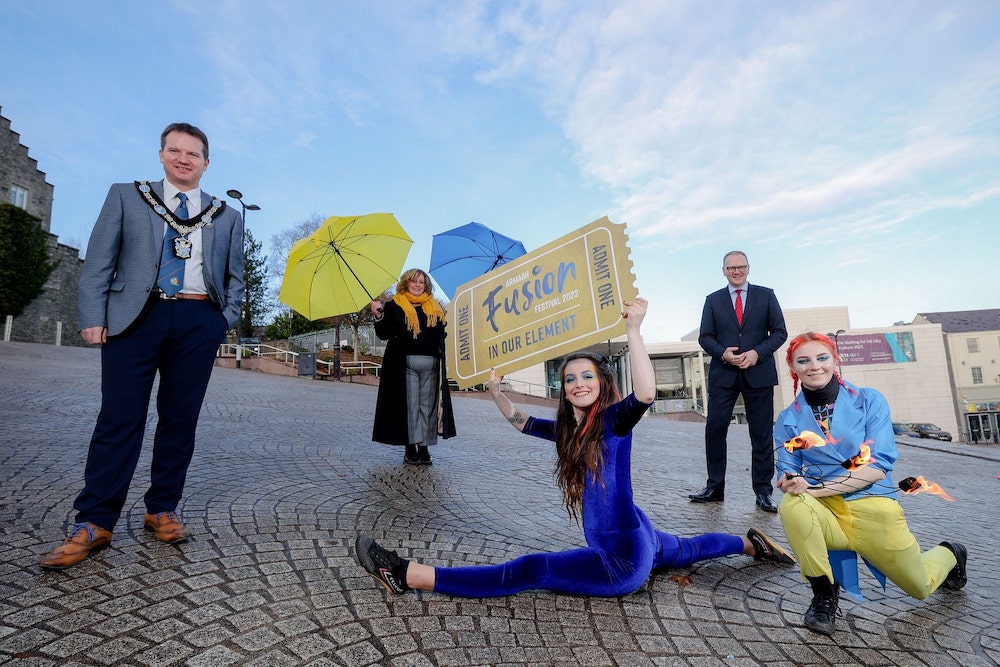 Armagh City is to stage a three-weekend mega-festival event in February next year as part a major celebration of its rich history, heritage and culture.

Backed by Armagh City, Banbridge and Craigavon Borough Council and Tourism Northern Ireland, the festival will take place over three weekends from February 4th until February 20th, marking a new, unique and exciting event highlight for the region in 2022.

A cultural powerhouse famous for over 7,500 years – and the oldest city on the island of Ireland – Armagh is enjoying an exciting renaissance of discovery where its history, heritage, culture and impact have come back to the fore.

Designed and developed in conjunction with award-winning creative event specialists MayWe to capture the attention and imagination of audiences at home and abroad, the Armagh Fusion Festival will be among the largest and most important celebratory events held in Northern Ireland next year.

Armagh City and borough is currently in the running to become UK City of Culture 2025 after making it through to the final eight of potential contenders.

“Featuring a world class fusion of art, music, dance, theatre and traditional sports that reflects the essence of Armagh and the wonderful apple orchards, its historical beauty and its status as a thriving city on the rise, this adrenaline-fuelled festival promises an outstanding line-up of inspiring, engaging and vibrant entertaining cultural events that will confirm Armagh’s powerful international impact and reach.

A city steeped in history, heritage, myth and legend, Armagh has been a home for creative exploration, thought and artistic expression for over seven millenniums and I’m thrilled and excited to be announcing a milestone 2022 event that will celebrate what an iconic destination this is.” “Our bid to be UK City of Culture 2025 shows just how determined and proud we are to showcase, celebrate and share our accelerated cultural renaissance and this flourishing destination’s importance with the world.”

For almost two decades, Armagh City has hosted a series of annual award-wining events, including the Armagh Food & Cider, Home of St Patrick and Georgian festivals, winning national and international acclaim for their uniqueness and real sense of place.

An increasingly popular day and overnight tourist destination, this Georgian city is also a growing culinary hotspot famed for the quality of its food and ingredients, its famous apple orchards and the myth and legends that stem from the ancient site of Navan Fort.

“As Ireland’s oldest city, Armagh and its surroundings hold iconic status. Renowned for its rich heritage, stunning architecture and remarkable history, the Cathedral City is a compelling destination. I have no doubt that the addition of the Armagh Fusion Festival to the festival programme for 2022 will create new and exciting reasons to visit for those keen to experience this bustling city and surrounding countryside.”

In February 2022, the borough will also celebrate the official opening of a new world class visitor attraction when the Game of Thrones Studio Tour opens in nearby Banbridge.

Located at Linen Mill Studios, the 110,000-square-foot interactive experience will allow fans of the global TV phenomenon to explore a vast array of original sets, costumes, props and set pieces, with the aim of bringing visitors closer to the Seven Kingdoms than ever before.

For more information, jump into www.visitarmagh.com/armaghfusionfestival