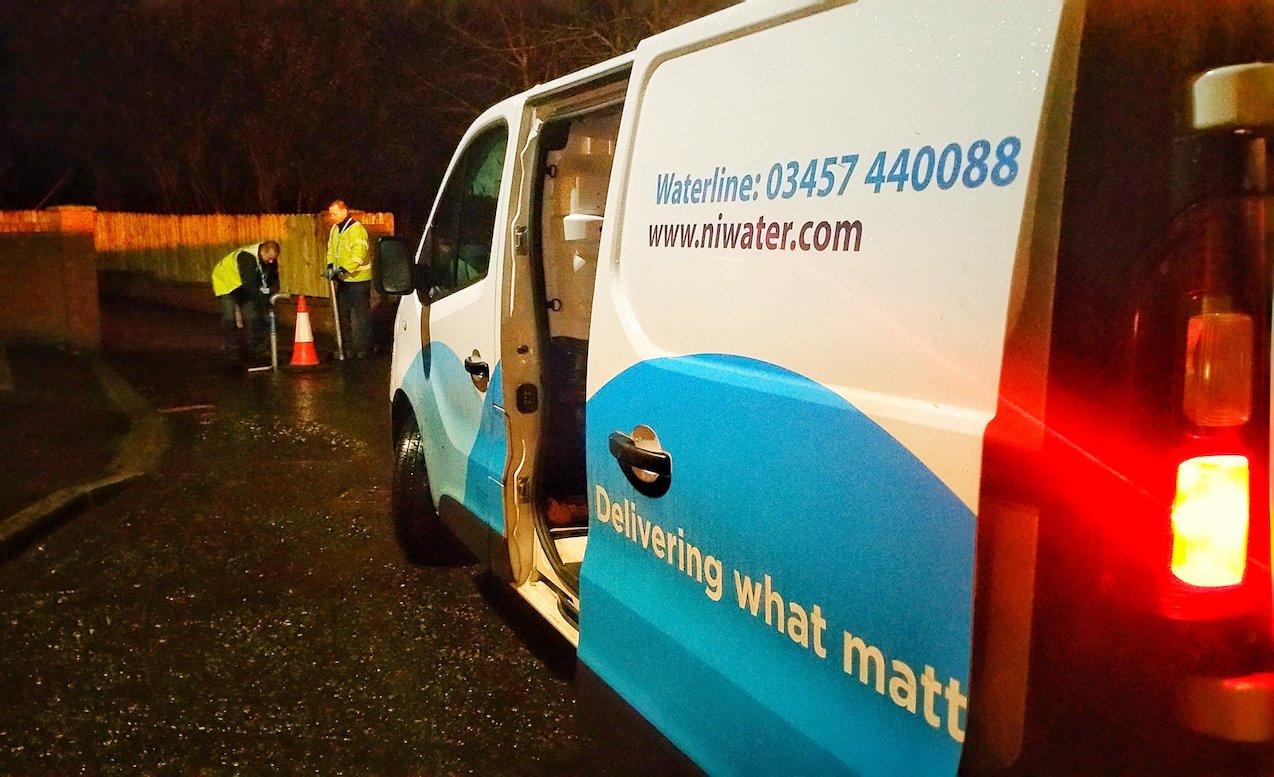 A number of residents in an Armagh city housing estate have raised major concerns regarding what they believe is contaminated drinking water.

People in the Drumbreda area have reported water coming from their taps as having an oil or petrol-like smell since last Saturday.

Speaking to Armagh I, one resident’s daughter claimed her mother and her partner had become unwell after consuming the water.

“My mother had three pints of water in her; then her partner made her a coffee and it was at that point that she thought there was something not quite right about it,” she said.

“My mum described it as having an oily petrol-like smell; I wasn’t there but that is what I keep hearing. She then took quite unwell but she had put that down to something she ate, however, then her partner also took unwell.”

Come Monday the resident quickly ruled out food poisoning as she realised that she had been on a diet and eating altogether different meals from her partner, but yet the two had been afflicted.

The woman’s daughter stated: “She contacted us and we got in touch with the water board (NI Water); they denied that any work had been going on, but I noticed on social media different residents commenting about disruption on Saturday.”

NI Water did later come back to her and confirm that works had been in operation and that there had been another complaint.

The daughter then got in contact with the Drumbreda St Brigids Hill committee who posted about the issue on Facebook. It became clear that other residents had been experiencing similar issues.

“They were flushing the systems outside people’s homes. My mum wasn’t sure if they had done outside hers but it was still an ongoing issue as she had washed some clothes, which also had the oil smell,” said the daughter.

“There was a crate of bottled water, eight or 10 bottles of two litres left outside the house, without so much as a knock on the door. There were vans going in and out like yo-yos; it has been going on a week and nobody knows if they should or shouldn’t be drinking water,”

A local plumber, employed by NI Water, was then sent to her mother’s home to clean out her water tank, which is in the attic.

“It was very clear to him that there was an oil smell. He had to leave and come back with the things he needed to empty and clean out the system,” she said.

“I am frustrated with the water board; I understand that they can only do what they can do but I think between the weekend and Friday there should have been a door knock.”

She added: “There are people in the area who are elderly or don’t have social media. It’s going on long enough.

“I think unless you are going to phone them up and torture them they are not going to be forthcoming and do the work.”

NI Water confirmed to Armagh I that they were aware of taste and odour complaints which affected a small number of properties in the Drumbreda area of Armagh.

However, most recent water samples lifted have passed stringent testing, demonstrating an improvement in the water quality in the area.

A spokesperson said: “NI Water has carried out flushing of the network and samples were lifted to monitor water quality. Bottled water was provided as required and we were in regular contact with those customers affected.

“In this case, multiple samples are lifted every day, from outside taps at customer homes and from fire hydrants in the area. This is in line with Covid-19 safety measures.

“We can assure these customers that our number one priority is the quality and safety of the drinking water we provide and that the water is safe to use in the normal way.”

They asked that any customers who had concerns about the taste or smell of water in the Drumbreda area to contact Waterline on 03457 440088 to arrange for a sample to be taken from their outside tap or the nearest fire hydrant to their home.

They said: “The Public Health Authority have been kept fully informed of the actions we are taking to flush the system and monitor water quality.

“NI Water would like to reassure customers that we have a robust testing and sampling system which sees over 120,000 samples lifted and analysed each year.

“Samples are analysed by a team of scientists based in laboratories in Belfast and Altnagelvin, providing NI Water with its own in-house scientific expertise and knowledge.”

The spokesperson added: “Monitoring provides an early warning to highlight any issues that might be unfolding with drinking water quality and assists NI Water in dealing with issues quickly.

“NI Water also has a tried and tested incident response team which ensures staff and resources are deployed quickly to resolve any problems with any of our assets.

“Therefore, we can move to reassure the public that every measure is being taken to safeguard their water supply.”