Discovery was made earlier this morning 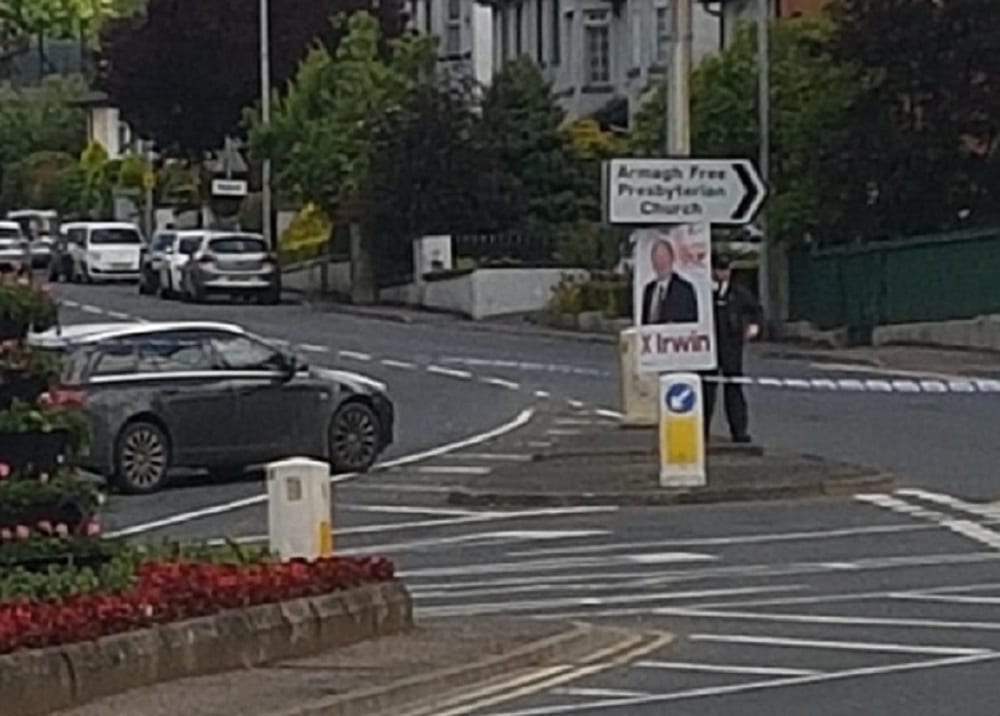 Residents in Armagh city were evacuated earlier on Saturday following the discovery of a suspected WWII bomb.

The discovery was made in Victoria Street earlier this morning.

One side of the street (St Mark’s side) had been evacuated while residents on the opposite side were told to remain inside their homes and stay away from windows.

Emergency services were quickly on the scene, along with Army Technical Officers (ATO).

The entire area has been cordoned off with ATOs working to carry out a controlled explosion in a resident’s garden.

One resident told Armagh I that a controlled explosion had been carried out before 3pm.

A police spokesperson said: “Police [dealt] with the discovery of a small device, thought to be from World War Two, in the Victoria Street area of Armagh.”

Victoria Street was closed off for a number of hours but has since re-opened to the public.