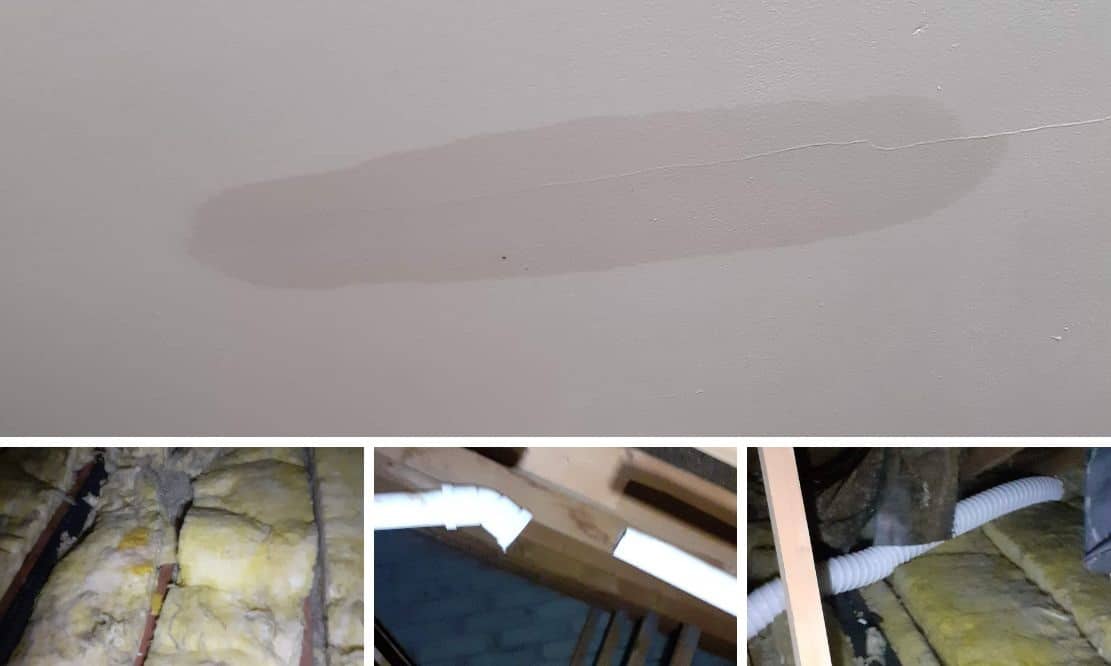 An Armagh man at his wits’ end has hit out at the Housing Executive and said that their properties are “not fit for winter” after years of issues that remain unresolved.

The concerned resident – who’s family moved into Mullacreevie Park in the city in 2013 – says he has experienced a number of issues over the years, with little to no action from the Housing Executive.

He says that the first problem that the family experienced was missing roofing tiles, which resulted in leaks into the house. A year after this was fixed, the corners in the house started to mould, which a Housing Executive inspector put down to condensation.

Damp and rain continued to be a recurring issue, alongside cold temperatures in the house. The family were told in 2016 that windows would be changed, but to date, this scheme has yet to begin.

More issues emerged when the family were told that gas would be installed in the house, to replace the oil heating.

The resident said: “One day in July workers come and told us that there was asbestos in the attic just under the water tank, which had to be removed because they were changing the heating system.

“Removal was carried out in the whole of the attic, not just under the water tank. They removed insulation from all pipes too as they were infected by asbestos.

“When the asbestos removal was carried out we had to leave our home. The Housing Executive booked a hotel room for three people with no food. We didn’t accept it because of health issues and used a relative’s home.

“When we went back home, we switched on our oil heating and water started to run through the ceiling down to the kitchen.

“They didn’t come until the next morning at 8am. By removing the asbestos the workers had broken the pipe.”

The resident added that when he contacted the Housing Executive and the gas company, he was given different answers on both occasions, with seemingly no one willing to step forward to resolve the issues.

“I have no gas, no insulation, dampness and cold nights. So many jobs we had to do by ourselves or pay privately for but this isn’t enough as living costs increase,” he said.

“I would like to see them coming forward, being truthful and getting the things done. It’s going to be a bad enough winter for us all, and these houses aren’t fit for winter.

“There’s not even a proper window to keep the cold out. If you sit in this house on a windy night, the wind just goes through one part of the house and out the other. Why put gas in when the heat is just going to go out the windows?”

A Housing Executive spokesperson said: “This property is included in an ongoing planned maintenance scheme in the area.

“Work has just been completed to remove asbestos from the attic and an upgraded heating system will be installed as soon as possible.

“Previous repairs have been carried out at the property and were completed within a reasonable timeframe.

“The property is part of a programmed windows scheme with works expected to commence in the new year.”