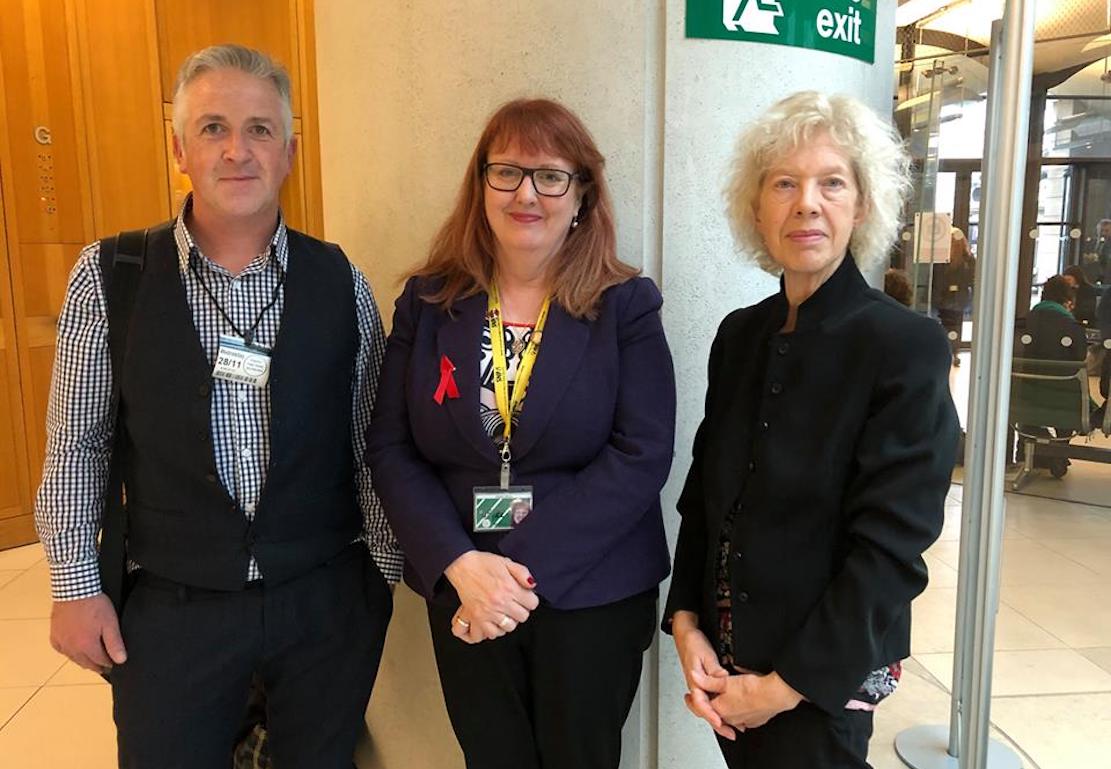 Representatives from CAIRDE Teo, the Irish language cooperative based in Armagh City, joined advocacy organisations Gael Linn and POBAL in London last week to raise the issue of the Irish Language Act with MPs from a wide range of parties at the Houses of Parliament in Westminster.

Gearóid Ó Machail, said: “We had a warm and enthusiastic welcome at meetings with MPs from the SNP, Plaid Cymru, Labour and Conservative parties and we discussed with them the need for the implementation of the Irish Language Act and the fulfilment of the British government’s commitment, made in the St Andrews’ Agreement in 2006.”

Among those MPs that the delegation met was Liz Saville-Roberts from Plaid Cymru.

Ms Saville-Roberts recently made history by speaking Irish in a Westminster debate – the first MP to address the Houses of Parliament in Irish for over 100 years.

She called on the British Secretary of State, Karen Bradley to give a timescale for the enactment of the Irish language legislation. The delegation also met Deidre Brock MP and Angus Brendan Mac Neil MP from the SNP, Conor McGinn MP representing the Labour Party, Guto Bebb MP and David TC Davies MP from the Conservative Party.

Mr Ó Machail added: “The politicians were all very interested to hear about the current situation facing the Irish language, given the political vacuum since the fall of the Stormont Assembly.

“We look forward to further discussions with them in the near future. Our delegation included Réamonn Ó Ciarán from Gael Linn and Janet Muller from POBAL.

“We focused on the need for a strong Irish Language Act, and gave our analysis of the proposals contained in the leaked document purporting to be the ‘Draft Agreement’ between Sinn Féin and the DUP prior to the collapse of the talks in the early part of 2018.

“We left the Westminster parties in no doubt that we didn’t believe that the Stormont proposals provided a suitable basis for legislation. They are too weak and incomplete.”

As well as these meetings, CAIRDE Teo was also invited by Gael-Linn to a meeting with MP Conor McGinn, originally from Armagh.

At this meeting, we focused on legislation and on issues around the teaching of Irish in the education system in the north.