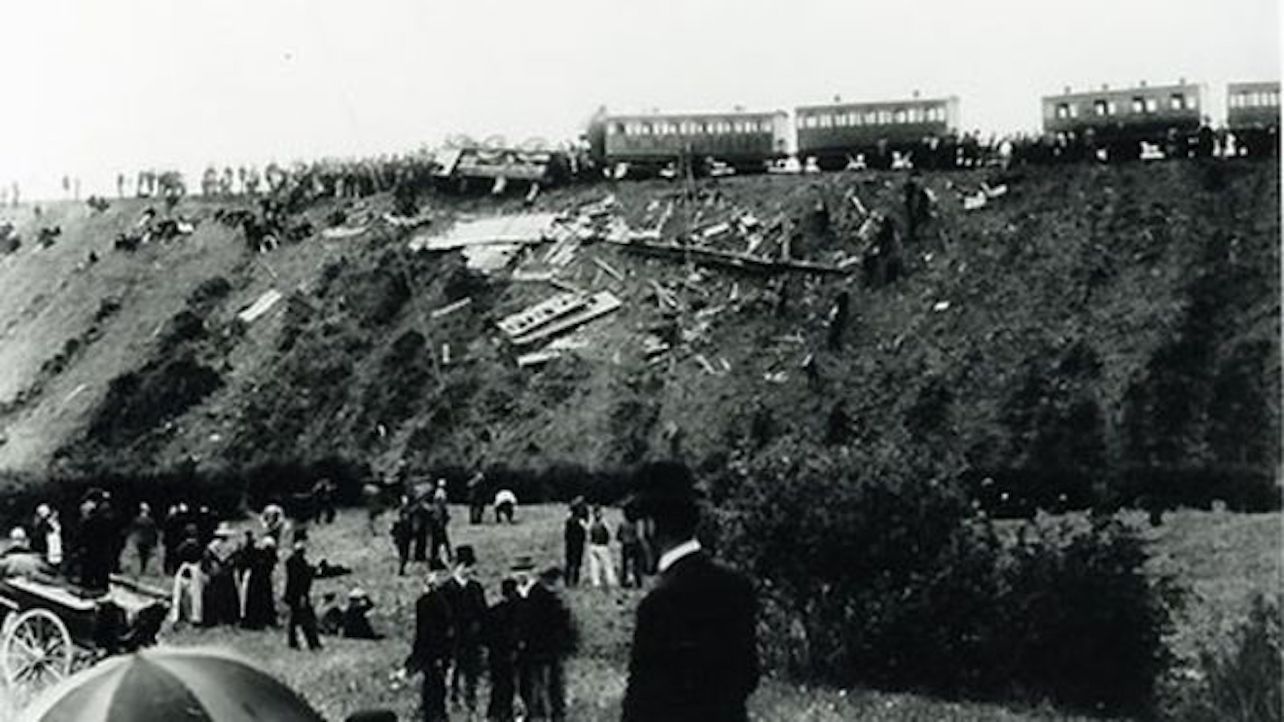 To commemorate the 130th anniversary of the Armagh train disaster, Armagh Theatre Group is staging an original production in the Abbey Lane Theatre running every night from Wednesday 12 th June 2019 to Saturday 15 th June 2019 at 8pm.

The popular Sunday school excursion to Warrenpoint seaside began with a band parade, from the Methodist church in Abbey Street, through the town to the Railway Station.

It was a sunny morning on the 12th of June 1889 when some 1200 excited children and adults thronged the station platforms in anticipation of a day by the sea.

Tickets are available on Eventbrite https://www.eventbrite.co.uk/e/impact-armaghs-train-disaster-tickets-61588891031