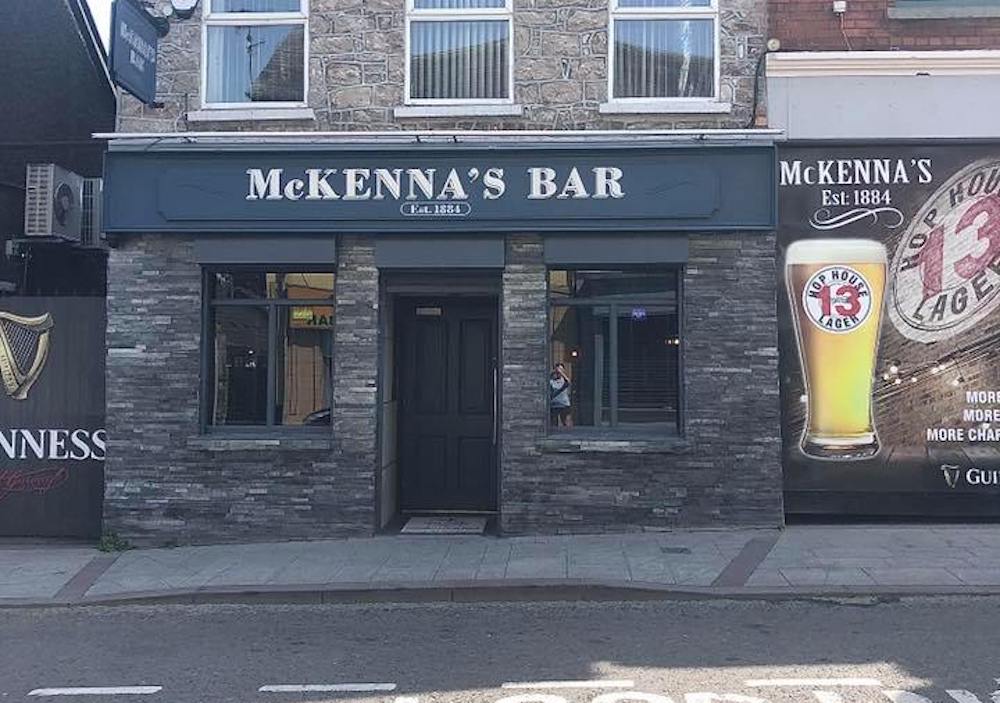 An Armagh pub has launched an online petition as it demands to be given a date for reopening.

There are huge changes for the hospitality industry ahead, and McKenna’s Bar believes that it and other so-called ‘wet pubs’ need the chance to prepare to throw open their doors once more.

Proprietor Frankie McKenna says the situation is so precarious, even one more month “could make the difference in whether you close your doors for good”.

From tomorrow (Friday), July 3, hotels and bars which serve food are allowed to reopen in Northern Ireland.

And on Thursday evening, the Executive also approved a move to extend this to bars and restaurants in private members’ clubs; social clubs will also be permitted to open from tomorrow “to serve food and refreshment in line with the guidelines for the wider hospitality sector”.

This is where traditional pubs feel that they are being left behind.

There has been no guidance given whatsoever to these bars and many fear they will be left to go to the wall.

A number of Northern Ireland bar owners have come together to seek public support to demand Stormont give them immediate indicative dates for when they can expect to reopen and start trading again.

A petition, launched by McKenna’s Bar at Lower English Street, states: “We need our pubs reopened, all wet only pubs in Northern Ireland remain closed while all pubs that sell food or who have a large outdoor space are allowed to trade from 3rd July.

“We pay exactly the same licensing fees, tax and VAT. Our businesses are being run into the ground. We are losing everything.”

And speaking to Armagh I this evening (Thursday) Frankie McKenna said many pubs in the city, which do not offer food, will struggle to keep their business afloat.

“The pubs in Armagh – a lot of them in the town don’t have a lot of outside space, so they’re in limbo,” he explained.

“Everybody who owns a pub in Armagh has had a pub for years; they know how to control crowds, especially in this town. Publicans know their punters so you never really get any bother.”

Despite much of the hospitality business flinging open their doors on Friday, Franke admits it could be a slow-burner for many of them, which ultimately, he says, would be a good thing for bars like his.

Said Frankie: “Nobody is expecting to open to packed bars and even if you were allowed to do that it wouldn’t be the case anyway – there’s still a lot people out there who won’t go out to bars. I have the same regulars in every day and it keeps everything ticking over – it pays the bills.”

With much of the government’s support ceasing this month, it’s a case of sink or swim for many businesses but with no date in sight for the reopening of wet pubs, Frankie believes it will not be long before businesses begin to drown.

“A month could make the difference in whether you close your doors for good,” he said.

“Anyone in business knows that and that’s only the start of it. I think it is going to get much worse. I think we will see a lot more salons and hairdressers closing down.

“I was very shocked by some of the businesses I have seen closing but it’s inevitable.

“The government support that was there is now gone. There’s nothing more there. How can you pay bills when you have absolutely no income coming through the doors?

“If we aren’t given a date over the next three weeks it’s not looking good; look, you can’t just keeping ploughing money into a business that isn’t open.

“Even throughout the lockdown there has been ongoing costs; you can’t stop insurance, electricity; we did get a mortgage break but that starts again this month; the staff are on furlough but even that’s all coming to an end.”

Frankie slammed the fact that every other business has received a date for reopening, but for him it’s the uncertainty which is having the biggest impact.

“If they said July 20, that’s fine, we can deal with that but if they said you can open tomorrow, we couldn’t do that because we have to get our drink off Diageo, you have to get your taps back on, such a backlog for the drinks company – it’s going take us two-three weeks to get ready,” he continued.

“They can’t just tell us a week before like they did with the shops – that’s not possible.”

Despite the precarious financial situation, McKenna’s Bar is in a position to wait out the storm – for now.

But others, Frankie fears, might just not be as fortunate.

“But that can only last for so long for us. It has been four months,” he added.

“Yes, we got help at the beginning but all that does is pay your bills. My wife and I haven’t worked in four months which is not only detrimental to our businesses, but to your mental health too.”

You can sign the petition set up by McKenna’s Bar here.