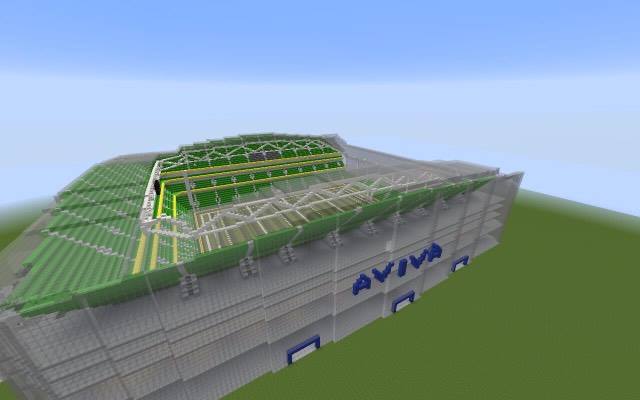 An Armagh primary school is celebrating this weekend after scooping a national title with their digital skills.

The boys – overseen by their Principal Paul Duggan – saw off great entries from schools throughout the UK.

The competition, run by iTeach UK, saw the task set to design the Aviva Stadium using a collaborative Minecraft World.

The four Primary 7 boys’ recreation of the Aviva Stadium left judges in no doubt about who would be taking home first prize!

St Malachy’s PS is a leader in the field of digital technology.

It was recently recognised as the first Co Armagh ‘digital school of distinction”.

Principal Mr Duggan was thrilled for the boys and the school when the winner was announced on Saturday.

He described it as a “fantastic achievement but thoroughly deserved”.

Mr Duggan told Armagh I : “This national title is a testament to our teachers who lead in the field of IT and to our highly motivated kids.”