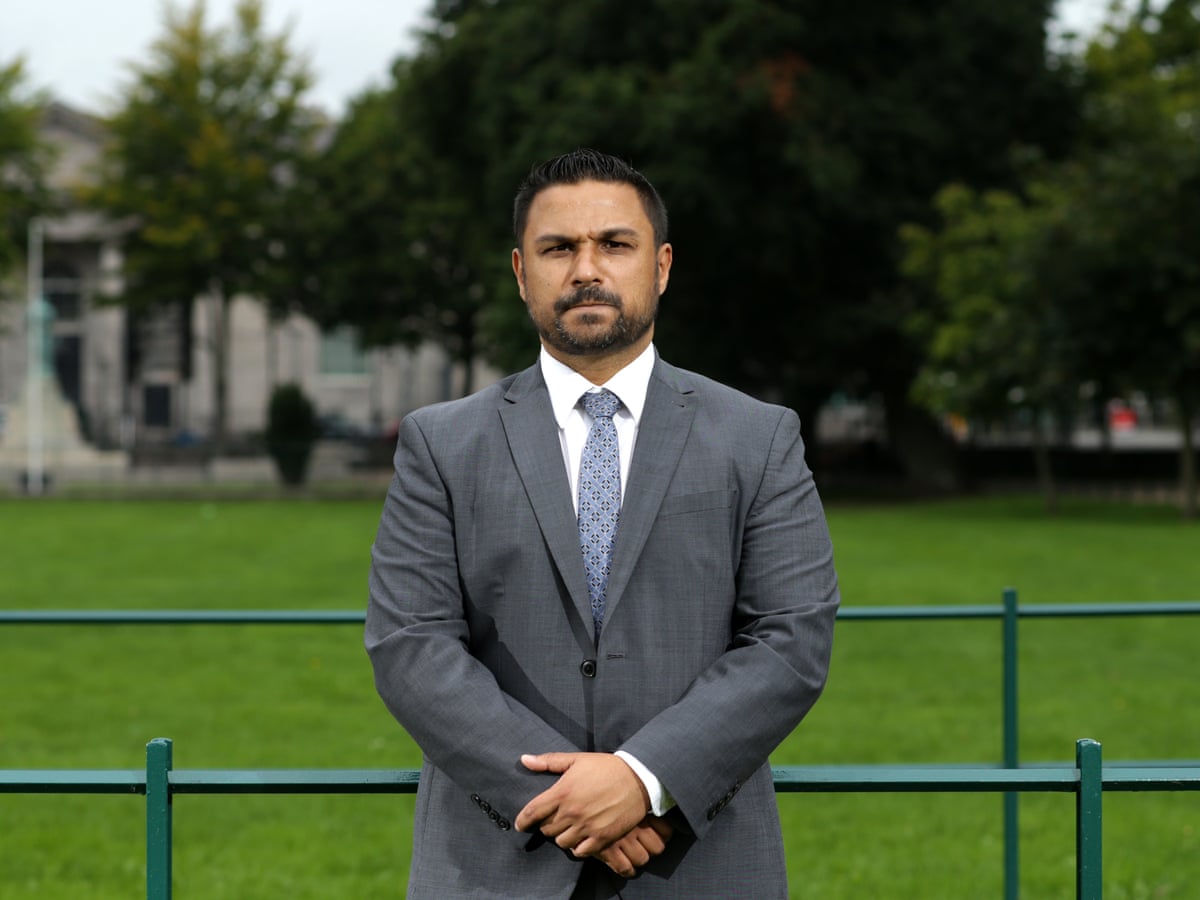 An Armagh man, who is a senior officer with the PSNI and president of the National Black Police Association (NBPA), has spoken of how racism blighted his life growing up.

Andy George also believes it was the reason his younger sister took her own life, having developed issues with alcohol and drugs because of the rejection she faced due to her skin colour.

Her death spurred him on to join the association, which represents police officers from ethnic minorities across the UK,  in 2016.

Andy is one of the people featured on the recently released ‘Our Voices’ podcast on racism in the UK.

Speaking on the podcast, he describes how, as the child of a Malaysian father, he was one of only three non-white families growing up in his town in the 1980s.

The first incident which made him aware of how others perceived him occurred when he was just six. He was at the circus with his older cousin and was a fun-loving, confident and outgoing youngster.

So, when a performing clown asked for volunteers, he raised his hand and found himself on-stage with two other children. The clown proceeded to ask each of the children their names. When the clown asked the first two children,  the spectators began to cheer.

“Then it comes to me and there was this kind of pregnant pause,” he said. “The clown leaned down, asked what my name was, and I obviously replied Andy. And the next thing he stood up, again another bit of a pause, a couple of seconds. And, all of a sudden, he announced to everybody that ‘this is sausage’.”

Andy’s first reaction was confusion. But he noticed the spectators were laughing and that was when he understood the joke. He had been called sausage because he was brown in the same way that sausages are brown.

“I felt tiny… I felt like the whole big top was closing in on me,” he said.

The effects of the evening stayed with him for many years.

He also experienced racism at school, with children constantly asking him where he was from and being bullied and beaten up because of his racial background.

“What racism and racist abuse is telling you a lot of the time is that you have no place in this society at all. You should go home, you don’t belong here, all of these things that people like me have been told numerous times throughout my life,” he said.

However, as he got older, he was bigger than most of the other children in his age group and was able to fight off the bullies. On top of this, he would stand up for other children who experienced bullying too.

“I always had a big thing about what was right and what was wrong. Growing up and seeing others getting bullied at school, I would always be the person that would step forward,” he said.

As a PSNI officer since 1999, he has risen from the ranks of constable to become a detective inspector. He has also been highly commended twice and won numerous awards.

Explaining his reason to join the NBPA, he said: “I could use my position to help others. There was no point in my sister having taken her own life and some of the experiences I’ve had if I don’t try to make things better for the next generation”.

The podcast, which you can listen to here, is introduced by Alex Melia and produced by Fascinate Productions.