Armagh pizza takeaway advertised to rent…less than year after opening! 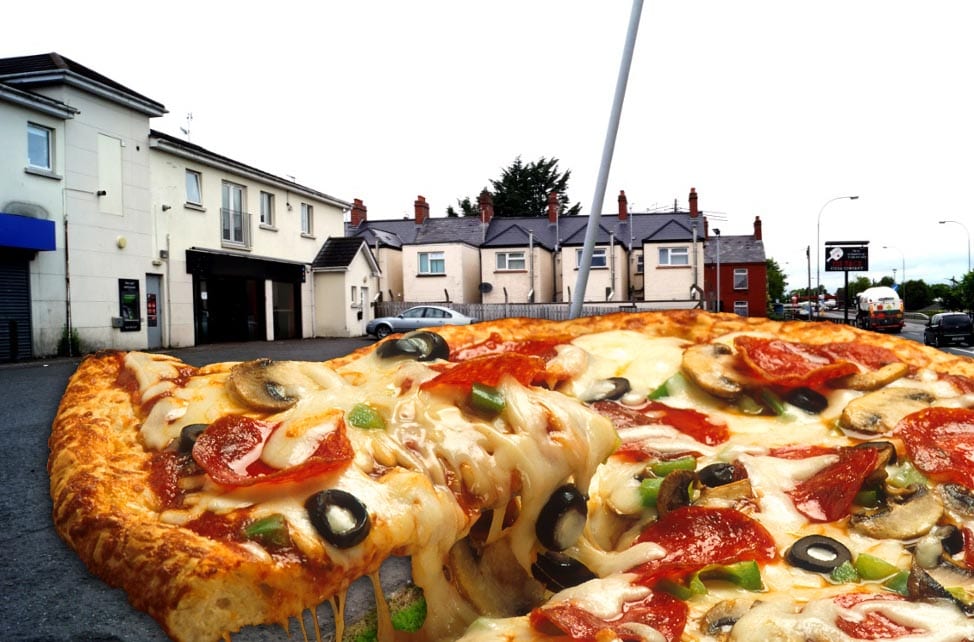 An Armagh pizza takeaway outlet is being advertised for rent this week – less than a year after planning approval was given to open in the city.

The Pie Face Pizza Company took over the premises of the former Xtra Vision at Lonsdale Road.

The unit – in the Lonsdale Court development – became vacant after the closure of the DVD and games rental premises.

An application was subsequently submitted to Armagh City, Banbridge and Craigavon Borough Council to redevelop as a hot food outlet.

In seeking permission, the applicant revealed the takeaway and restaurant would operate six days a week – noon to 10pm, Tuesday to Thursday, noon until midnight Friday and Saturday, and 2pm until 7pm on Sundays.

The new restaurant and takeaway would be manned by one full-time staff member and four part-time employees.

The development went ahead and the pizza outlet opened shortly afterwards.

But this week, letting agent CPS advertised that the unit was “now available for lease”.

The Pie Face Pizza Company sign over the door has also been removed.

CPS, in advertising the premises, says the units comprises “a large main floor, kitchen and bathroom facilities to the rear”.

“There is also ample parking to the front of the premises,” it adds. “This premise was previously used as a restaurant/food outlet and would be suitable for a range of uses.”

Elsewhere, Armagh I recently revealed plans by Domino’s Pizza to expand at Mall West, and open a seated area for customers. An application for the expansion into the former video unit fronting the Mall is currently under consideration.