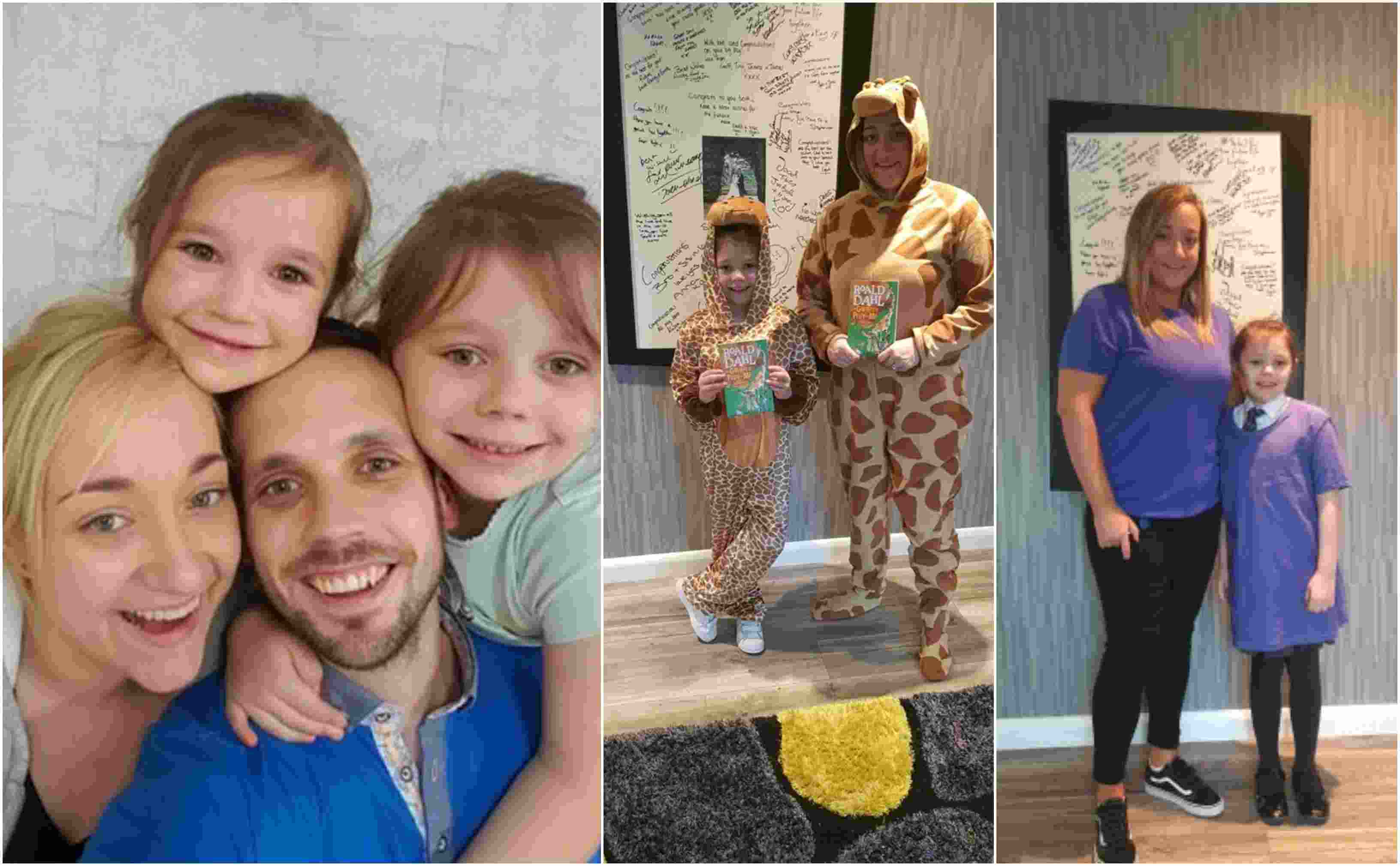 An Armagh woman is performing weird and wacky tasks over the course of a year-to raise money to support the work of a local epilepsy charity.

Chloe Clarke’s nine-year-old daughter Lilli – a Primary 6 pupil at the Armstrong School in Armagh – was diagnosed with the condition last year.

And she says it was like “the rug had been pulled from under all our feet”.

But after the initial shock, Chloe decided to do something a bit unusual to raise money to help others through Epilepsy Action.

She is taking part in a year-long challenge, carrying out something every day for a year that she has never done before.

Chloe explained: “I decided to set myself this challenge as I wanted to do something outside of the box and also raise money for a cause that is close to my heart.

“My eldest daughter was diagnosed last year with Idiopathic generalised Epilepsy and it was like the rug had been pulled from under all our feet when we were told.

“We didn’t expect it and certainly never contemplated it either as we typically associated ‘fits’ and ‘episodes’ with someone having a seizure on the floor and that’s it.

“But Lilli doesn’t suffer from the stereotypical epilepsy, she has absent and myotonic seizures and since diagnosis she has been prescribed medication which has now stopped these, but this has been through trial and error and has made her very ill at times.

“Any money that I could raise to help with any research for drugs, support those who have been diagnosed and also help educate people on all the facts and symptoms etc is my aim.”

Chloe has been documenting every day on social media and can be found easily on Instagram.

Among her feats to date she has shrink-wrapped a car, danced round her own car whilst stuck in traffic, attempted a headstand, celebrated International Women’s Day by burning her bra, ate a roast dinner with chopsticks and seen an MRI scan in action.

Now Chloe needs the help of the good folk of Armagh with future ideas – and items to fulfil other tasks already in the pipeline.

She continued: “All of my challenges can be found using the following hashtag #Ihavenever365challenge if you wish to see what I have been up to thus far.

“I’m on Day 89 today and have a number of challenges that I need help with  – such as driving a tractor, milking a cow, riding on a tandem to name a few.

“Also, any further ideas would be warmly welcomed, big or small, as I’m fairly game for most things as you can see in what I have been up to so far!”

Chloe added: “Any ideas big or small are all welcome and any help people can provide is great to keep costs down so I can raise as much as possible.”

Chloe has up a Just Giving Page which can be found using the below hyperlink for anyone who wishes to donate or get in touch:

Pictures inset, from top, Chloe and Lilli wearing purple for Purple Day, which was to raise awareness for epilepsy, and both dressed up for World Book Day as giraffes from The Giraffe the Pelly and Me, Lilli in school and Chloe in work for her challenge that day.