Armagh may not be Pointless but it sure is the next best thing! 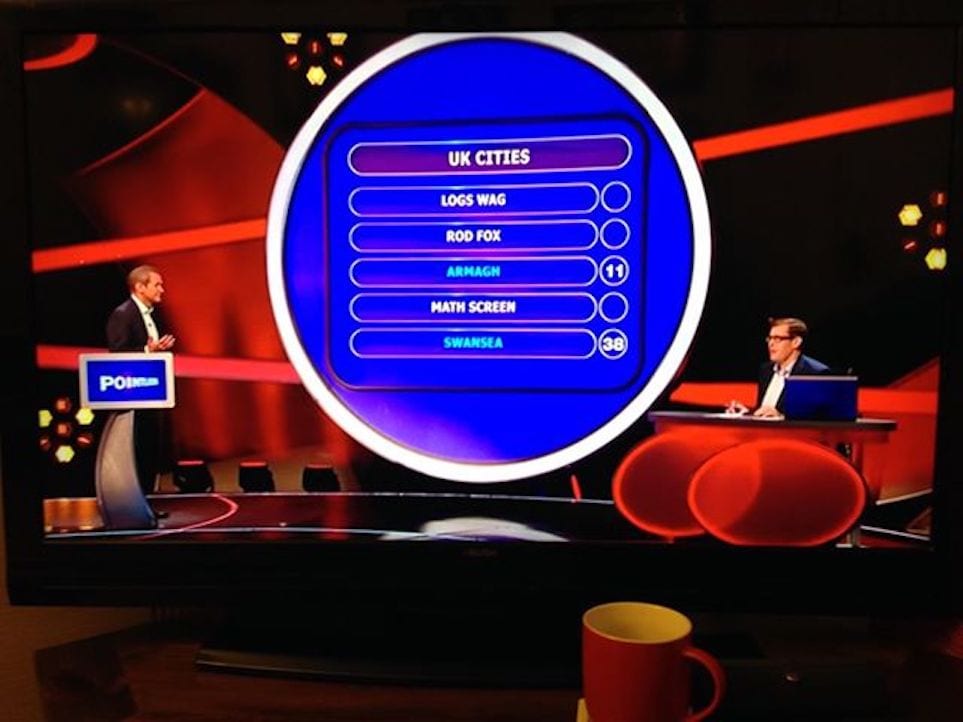 For all of those who ever dared to say Armagh’s pointless wash your mouth out!

But it’s the next best thing!

BBC One’s hit quiz of the same name gave Armagh a little bit of fame and funny this afternoon.

Hosted by Alexander Armstrong and his lofty sidekick Richard Osman, the idea to success on the show is to find the most obscure answers given when a question was put to a selected pool of people.

(Think Family Fortunes but popular not past it!)

The Holy Grail in this show is to find an answer which correctly fits the question but which nobody else thought of – hence Pointless.

The big question this afternoon involved anagrams of UK cities. 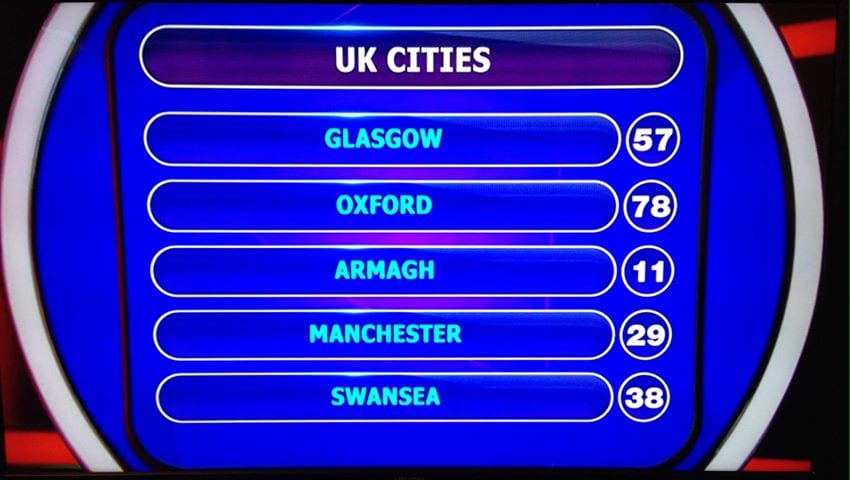 Now there’s a lot to choose of when you think of it and some were quite obvious.

Swansea and Manchester also featured too among the five selections and then there she was…our wee city!

Armagh! The closest thing to Pointless.

And they actually got it – a contestant by the name of Graham – itself an anagram of Armagh – hit the nail on the head and bagged 11 points for the best answer on the board.

Alas that’s where they and good luck parted company for, having made it to the head-to-head they failed to make it to the final.

But seriously, kudos for getting Armagh and giving us a laugh!