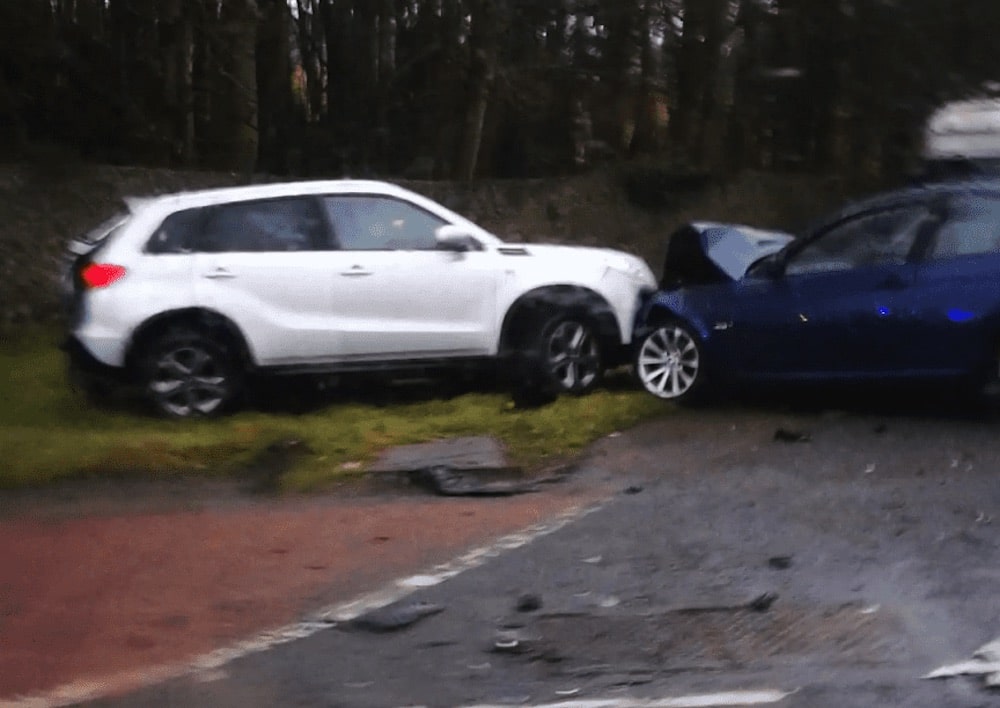 An Armagh man who caused a three car collision on the Portadown Road has been handed three penalty points.

The 30-year-old’s solicitor informed the court that his client’s licence was currently with the DVLA on medical grounds.

Ryan Moore, of Nialls Crescent, had a plea of guilty entered on his behalf to driving without due care and attention at the city’s Magistrates’, sitting at Newry.

Prosecution outlined that on February 7, at 3.40pm, police received a report of a four vehicle collision on the Portadown Road at its junction with Drumilly Road, Armagh.

Officers made inquiries and spoke to those involved, one of which was the defendant.

He admitted to police that he had collided with the rear of a vehicle which had been preparing to turn right, pushing it into a collision with further vehicles.

Prosecution informed the court that five individuals had suffered minor injuries as a result of the collision.

Defence solicitor Chris Rafferty stated: “There were some triable issues in the case but Mr Moore did not wish to put those involved through anymore.

“He put his hands up at the first opportunity. He works in Asda in Portadown, his licence is essential to his work, his wife does not drive and she would require him to drop her and their children to appointments.”

He added that Moore’s licence was currently with the DVLA on medical grounds.

District Judge Eamonn King issued Moore with three penalty points and ordered that he pay a fine of £100, along with the offender’s levy of £15, within four weeks.