Prosecution said: 'The defendant's twin brother has made a withdrawal statement in which he states he does not wish to proceed with matters' 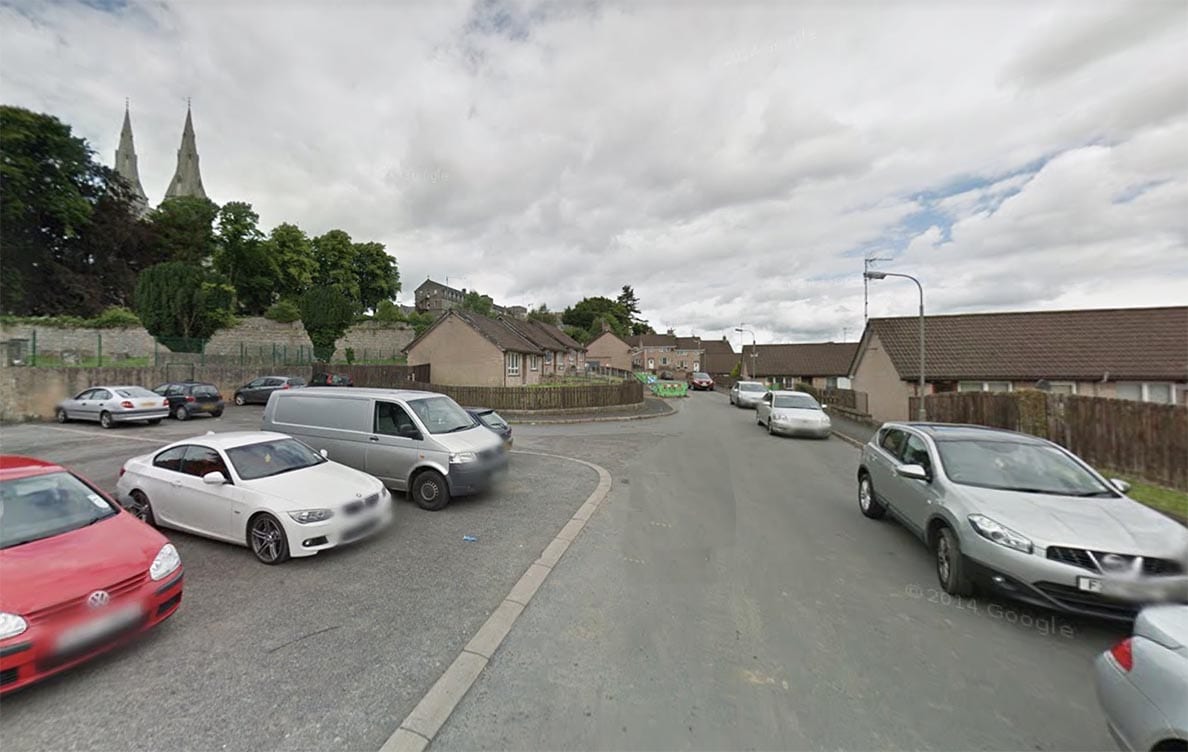 An Armagh man who is alleged to have cut his twin brother’s throat with a hunting knife will face Crown Court proceedings next month.

The decision was taken after evidence, including a 999 call and bodyworn camera footage, was deemed admissible by the district judge following a withdrawal statement from the 51-year-old’s brother.

Peter James Fields, of Brookhill Crescent, appeared charged with possession of an offensive weapon and wounding with intent to do grievous bodily harm at Armagh Magistrates’ Court on Monday.

Previously, the court heard that on November 24, at around 7.50am, police received a 999 call from a man who claimed his twin brother, the defendant, had cut his throat at their Brookhill Crescent home in Armagh.

The victim alleged the defendant had sliced his throat with a hunting knife, leaving him with a three-inch long cut.

He was taken to Craigavon Area Hospital where he received eight stitches.

When spoken to later, he said the previous night he had been drinking with his brother at Viva Bar in Armagh.

He had left to go home and fell asleep in his bedroom at around 1.30am.

The man claimed he had been awakened by his brother on top of him.

He claimed his twin had his knee on his stomach to prevent him from moving.

The defendant then allegedly used a hunting knife to cut the victim’s throat, stating: “I’ll cut your f****** throat.”

He told police he did not struggle as he feared his brother would cut him deeper and only rang 999 after seeing himself in the bathroom mirror.

Prosecution barrister Natasha Fitzsimons told court: “The defendant’s twin brother has made a withdrawal statement in which he states he does not wish to proceed with matters.

“The prosecution has used its discretion not to summons his evidence or to apply for a warrant to compel him to give evidence.”

Both the 999 call and the body-worn footage were played in the court, with Ms Fitzsimons claiming that this was contemporaneous and that it should be seen as admissible.

Defence barrister Kevin O’Hare pointed to issues regarding the timeline of events, as it was not known when the alleged assault was to have taken place.

He also commented that he believed the alleged injured party had consumed up to 13 drinks.

“This is not for the prosecution to prove a case without reasonable doubt, at this stage that only has to prove that there is a prima facie case.”

He continued: “The complainant made a withdrawal statement, noting the adverse affect proceedings would have on the health and general well-being of his elderly mother.

“I am satisfied that the complainant was sufficiently alert and orientated in both the 999 call and the body-worn footage.”

District Judge Broderick admitted the evidence of both the 999 call and the body-worn footage.

Ms Fitzsimons stated that based on the evidence it was found that there was a prima facie case to answer.

Fields was released on bail to appear before Newry Crown Court on June 18 for arraignment.