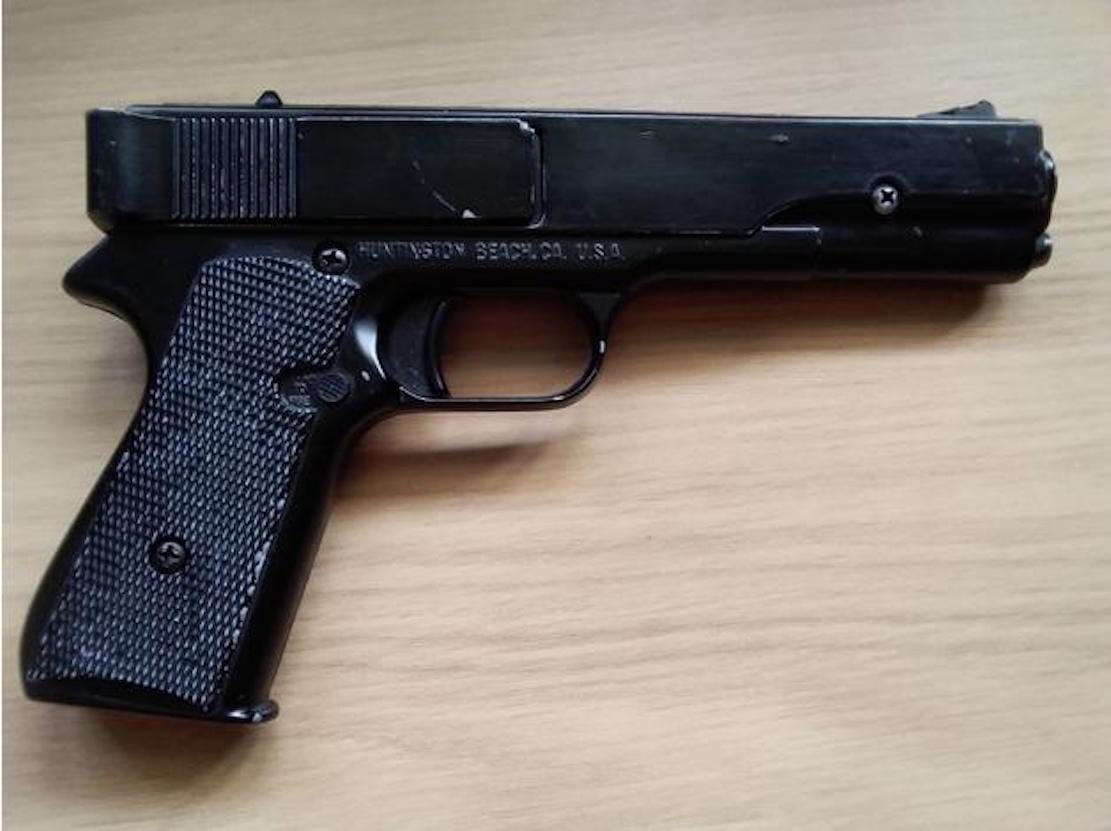 An Armagh man accused of assaulting police and possession of an imitation firearm to face Crown Court proceedings later this year.

The 52-year-old is alleged to have caused fear with a spring-powered 4.5 mm calibre ‘G10’ repeater air pistol (similar to main image).

Joseph Philip Fields, of St Brigids Hill, appeared charged with possession of an imitation firearm with intent to cause fear and two counts of assault on police at the city’s Magistrates’ Court on Tuesday.

It was heard that the alleged offence occurred on January 25 and that the imitation firearm referred to a spring-powered 4.5 mm calibre ‘G10’ repeater air pistol.

Stood in the dock Fields submitted to the holding of a preliminary enquiry.

Prosecution stated that based on the papers before the court there was a prima facie case to answer.

Defence Counsel made no contrary submissions.

The defendant was released on continuing bail to appear before Newry Crown Court on October 8.