Armagh lorry driver who attempted to smuggle £500,000 of cannabis into Ireland avoids jail 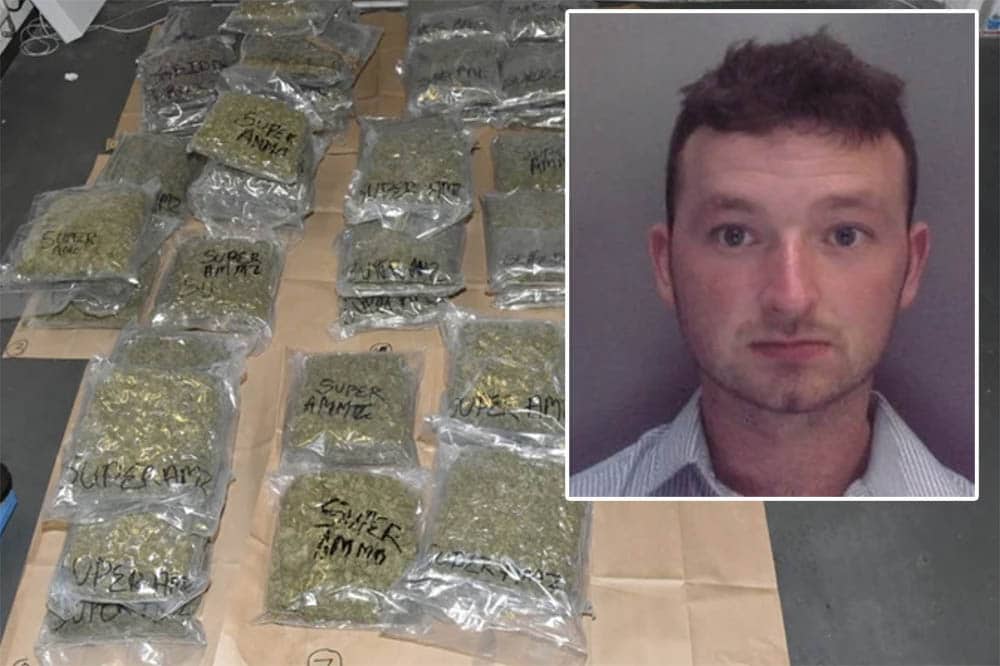 A corrupt truck driver from Armagh and a courier from west London have been convicted for attempting to smuggle cannabis from the UK to Ireland.

The criminal conspiracy was uncovered after National Crime Agency officers tracked down CCTV of the pair arranging a drugs handover.

Louis McPhillips, 27, from Rosemount Park, Armagh, was stopped by Border Force officers as he was about to board a ferry at Holyhead port to the Republic of Ireland in the early hours of 24 January 2019.

McPhillips, who worked for the Northern Irish firm Chris Hughes Logistics, was found to be carrying several large cardboard boxes full of skunk amongst the load in his trailer.

The 50 kilos of cannabis would have been worth around half a million pounds at street value.

Through checking CCTV, ANPR records and mobile phone data NCA investigators were able to piece together his movements before the seizure. He had been in text message contact with Ben Kelly, 26, from Southall in west London, the day before, arranging to meet him just off the M1 near Chesterfield, Derbyshire, where McPhillips was due to pick up his legitimate load of cleaning products.

Kelly had travelled up from London with the cannabis in his van, and CCTV captured their meeting. The two travelled from Chesterfield in convoy to the A50 near Derby where the drugs were loaded on to the truck.

Shortly after the handover McPhillips texted an unidentified number saying “6 big ones this time, lot of stuff”.

Kelly was arrested by the NCA on 18 July 2019 in Greenford, after investigators linked him to the 24 January seizure. “Through painstaking analysis of CCTV and mobile phone data we were able to link these two men to a conspiracy to smuggle drugs worth half a million pounds out of the UK and into Ireland. “Organised crime groups rely on corrupt truck drivers such as McPhillips to move their contraband across borders. They play an important role in criminal infrastructures.

“Working with law enforcement partners such as Border Force we are determined to do all we can to disrupt and dismantle criminal networks involved in drug trafficking.”