End of road for Harps in Ulster Senior Club Championship 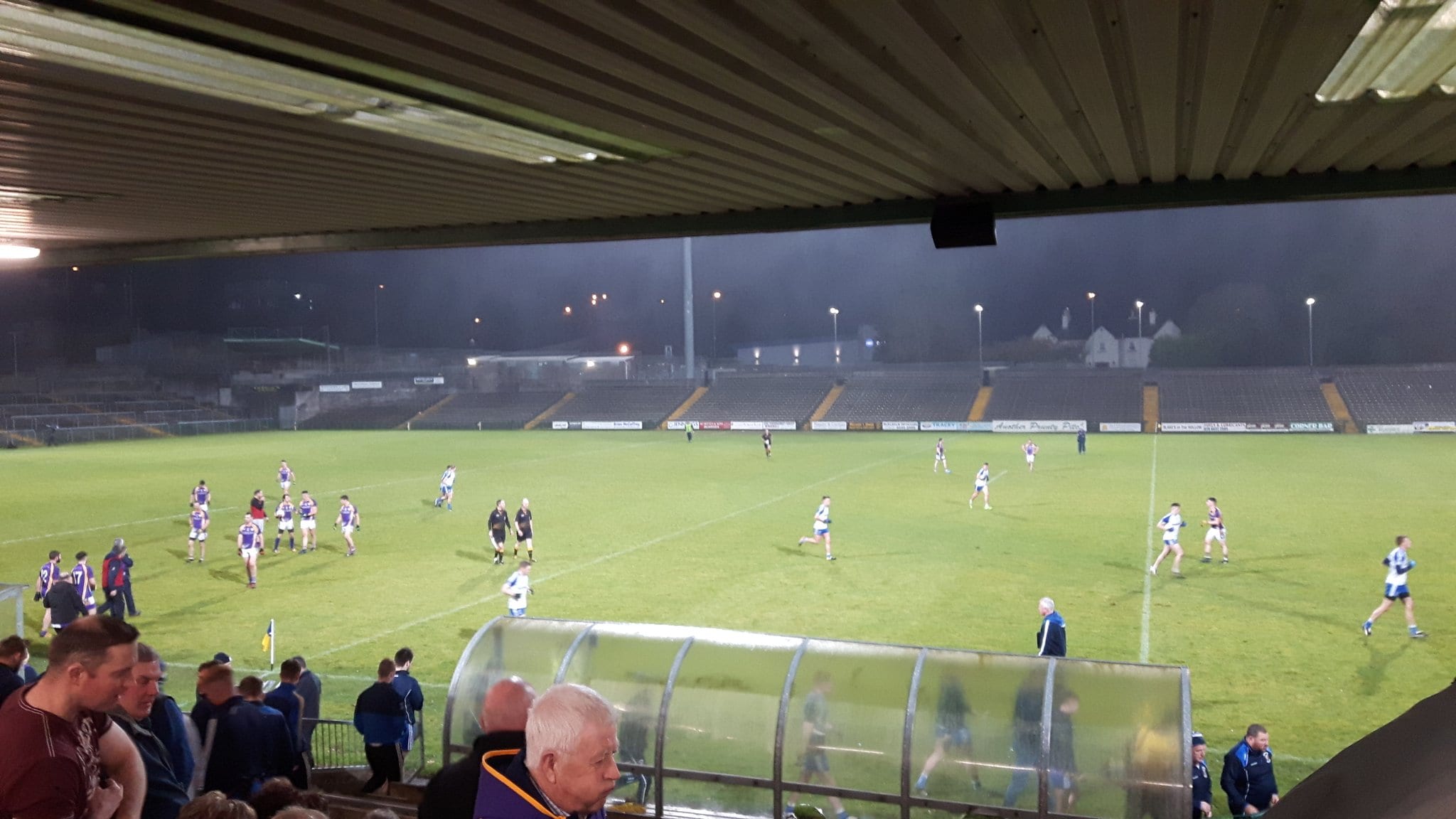 Two goals early in the first half sealed Armagh Harps fate as they bowed out of the Ulster Football Senior Club Championship against Derrygonnelly.

And they were given an added advantage to spur them on when Armagh Harps were reduced to just 13 men in the second half.

A large contingent of supporters made the journey to Brewster Park for tonight’s fixture still buoyed on the back of that historic win.

But it wasn’t to be and, despite giving all they could, the Harps run ended on a scoreline of Derrygonnelly 2-8 to Armagh Harps 1-8.

The Fermanagh men had got their game off to a dream start with two goals in quick succession, the first eight minutes in from a penalty, with Paul Ward making no mistake.

Conall Jones extended Derrygonnelly’s lead with a point and then also found the net to give the home side a seven-point lead with just 12 minutes on the clock.

Joe McElroy scored first for Armagh Harps with 18 minutes gone and then a ’45 from Ultan Lennon reduced the deficit further before he added another to make it 2-2 to 0-3.

Stephen McGullion, who had replaced the injured Tiernan Daly early on, added his own name to the scoresheet.

With six minutes added on, the impressive Conall Jones added another free for Derrygonnelly and Gareth Swift responded almost immediately for another well-taken free to wrap up the first half.

It was a more energised Armagh Harps which emerged for the second half and there was a fresh determination.

Ultan Lennon – who notched up a goal and five points in his man-of-the-match performance against Maghery – had a great chance to claw back a goal in the first real move of the second half but his effort shaved the woodwork.

Gareth Swift pointed after a great ball crossed in from Simon McCoy but another Conall Jones score and there was still six points separating the sides.

Three red cards for three separate incidents and questions being asked of the decisionss; Derrygonnelly lost Dennis Greene and then the worst possible setback for Armagh as Conor Coulter was given his marching orders shortly followed by Gareth Swift.

Derrygonnelly capitalised further on the Harps’ misfortune by adding another point courtesy of Garvan Jones.

But the Armagh men continued to give all they could and Ryan McShane replied with a great point from play with 10 minutes remaining.

Conall Jones was in spectacular form all night for Derrygonnelly and added another point from an acute angle while under pressure.

The home side were also reduced to 13 men when they lost Gary McKenna who was shown a second yellow card.

Armagh Harps added further points from firstly Mark McConville and then Conor Murphy, with seven minutes of additional time to be played.

An historic journey ended with a goal for Armagh Harps and it was that man Ultan Lennon in the last kick of the game, but it was Derrygonnelly who advance to the semi-final.