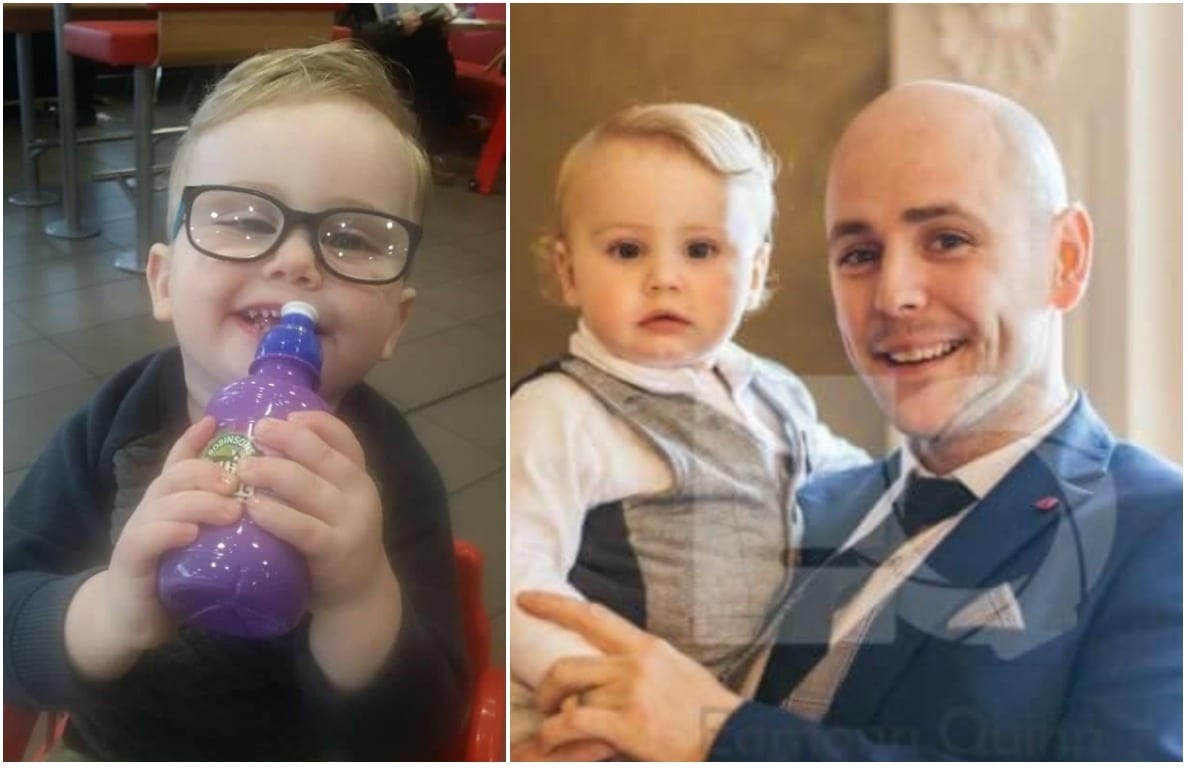 An Armagh couple have embarked on a fundraising drive for the children’s ward at Craigavon Area Hospital – a thank-you for the love and support given to their son.

Michael and Sarah Hughes are indebted to the staff at the facility for all they have done for Joe, who only celebrated his second birthday this week.

And Michael is planning a skydive – on June 24 – to help swell the coffers.

For the couple – who own the Northern Bar at Railway Street in Armagh – it is their way of giving back and to helping others who have experienced the need which they have.

Sponsor sheets have been placed in the bar to allow people to make donations and Michael and Sarah would appeal to everyone to help and give whatever they can afford for a great cause.

Sarah told Armagh I the paediatrics unit at Craigavon has been nothing short of amazing.

She explained: “Our son Joe unfortunely has been admitted more times than we can count, as he has had breathing problems.

“Michael will be doing a skydive – raising money for the children’s unit in Craigavon.

“Since he was four months old Joe has been regularly admitted and put on oxygen and steroids.

“Every time we go in the nurses and staff have been so kind and caring.

“They now know Joe by name and love to have the craic with him!

“The ward is brilliant, with a big toy room and private family room with a kitchen and a television, which really helps when you have been in for days and need a break from being behind the blue curtain!

“We are so happy for the money raised to go to this brilliant ward and to be put to good use.”

Michael and Sarah are thankful that their wee man’s health has shown great improvement.

“Joe hasn’t been admitted since Christmas and is doing well,” added Sarah. “He’s big and bold and turned two on Thursday.

“The Northern Bar – our family run bar – will b continuing to hold fundraising nights and would love support to raise as much money as we can.

“We have a sponser form too if anyone wants to donate that way – every little helps.

“We really are looking to raise as much money as possible for the unit as a thank-you from ourselves and Joe!”