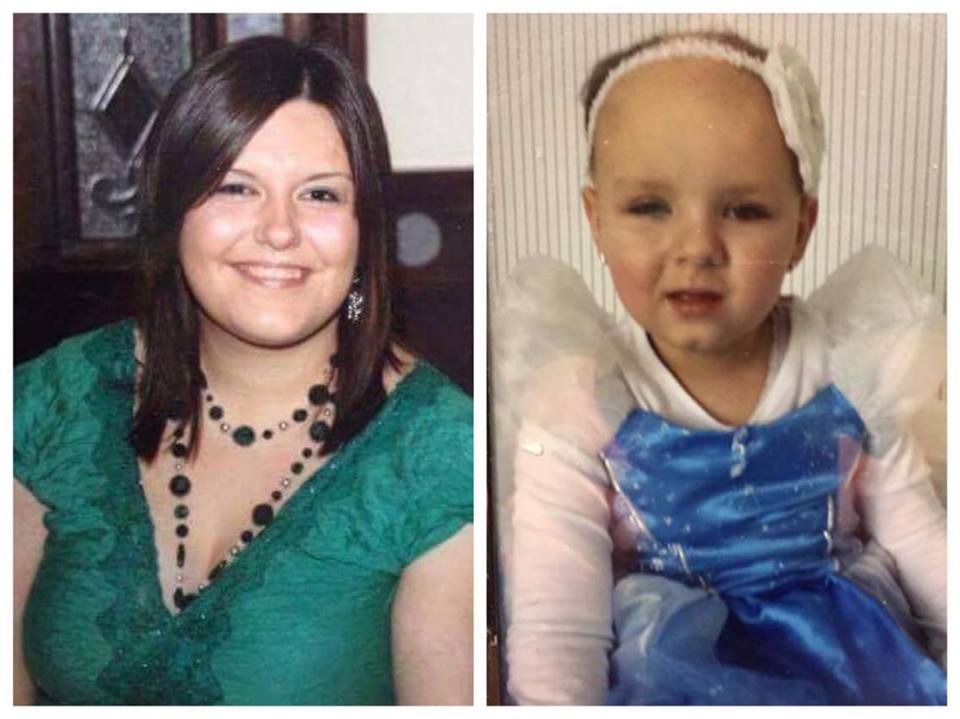 A champion Armagh fundraiser is planning one of his biggest and best shows yet in memory of two very special people taken way before their time.

For over three decades Mark ‘Max’ McSherry has raised money to help a whole host of charitable causes.

His annual Boxing Day fundraiser is the stuff of legend and he was honoured with a special presentation and reception in recent years, hosted by former Lord Mayor Cathy Rafferty.

The city businessman used to run up to half a dozen well-supported entertainment events a year, but has been curtailed due to work commitments.

This Christmas he intends to press ahead with the Boxing Day fundraiser.

But he has also set his sights on staging a Grand Cabaret Night of Music in the Armagh City Hotel.

This very special night will be in memory of two people for whom Mark had previously raised money to support.

Celine Sheridan and Eva Tomney had each visited Mark in his barber’s shop at Lower English Street to express their gratitude.

Little Eva, from Keady, was diagnosed with a brain tumour in October 2012. The popular seven-year-old succumbed to the cancer in November last year, leaving her family and the entire community devastated.

Mum-of-three Celine Sheridan – a past pupil of St Catherine’s College – passed away in July this year, seven years after being diagnosed with an inoperable brain tumour.

It had been after her diagnosis that her loving family and friends established the Celine Sheridan Trust, to fund research and treatments available in other countries which could have helped in her treatment.

The 36-year-old had been told by doctors that she would not see her youngest son, Ciaran, start school. But she defied all the odds and, on September 1, 2013, watched with husband Neil as he began at Mount St Catherine’s Primary School at the age of four.

Mark is planning his Grand Cabaret Night – which will take place on Saturday, April 29 next year – in aid of Marie Curie.

He says it will be in memory of – and a celebration of – the lives of Celine and Eva.

“I thought it only right to do this for these two angels who both came to my shop to thank me for supporting them previously,” said Mark.

“Sadly we lost them both far too young not that long ago. I have a good feeling they will be there in spirit, so I’m looking forward to this.”

Mark is renowned for his fundraising, particularly for Chest, Heart and Stroke, which he embarked upon after the death of a friend as a result of a heart attack.

Just last week he accepted a cheque for £1300 from the Golfing Society at Red Ned’s. Indeed, the charity has also invited Mark to its Belfast HQ at the start of November, when he will become an official ‘ambassador’ for Chest, Heart and Stroke, an honour which he says has made him feel “humbled to say the least”.

But this time round it will be Marie Curie which will benefit, to support their vital work with those suffering terminal conditions.

Two class acts have been lined up for the big event next April.

Soul Truth – one of the north’s finest bands – will kick the evening off, and will also be appearing at the Boxing Night fundraiser.

Next up will be the one and only ‘Elvis Spectacular Show’ – which includes a 10-piece band and will be just about as close as you can come to enjoying the King himself in Armagh! In fact, they sold out the Opera House in Belfast just weeks ago such is their appeal!

Next year will be the 40th anniversary of the death of the one and only Elvis Aaron Presley.

Said Mark: “Celine loved him as well – which makes it all the more special.

“When Celine died I decided straight away I was going to do something to remember her. I had taken part in the two nights of Strictly for her to raise money six years ago to help her as well.

“At the wake I got her husband Neil’s blessing to do something for Marie Curie.

“I had originally planned to do December 3rd, but with my annual event close, and party nights too, had a rethink.”

Mark also knew that he wanted his very special evening to honour the memory of little Eva.

“She also visited my shop to thank me for helping her,” he explained. “She gave me a picture when she was in and it’s been up in the shop since.

“We should never forget people who touch our lives. I believe in Angels so it’s just my way. I get an idea and have to do it. They always help you in spirit.”

The Boxing Night event will again include a number of local and national charities – Chest, Heart and Stroke, the Scouts and Order of Malta, and this year Sunnymead Residential Home, who are raising money for a sensory garden.

The Grand Cabaret Night will be all about Marie Curie and, as Mark adds: “This promises to be a fabulous night. I do sincerely hope that you – the public and friends – will support us as you always do.”  #CelineEva

Tickets for both events should be available shortly; online from Armagh City Hotel for the Grand Cabaret Night, and from the Charlemont Hotel for Boxing Day, as well as at Mark’s shop – The Barber – for both.

Please show your support for a great cause in memory of two sadly-missed and much-loved people. RIP.