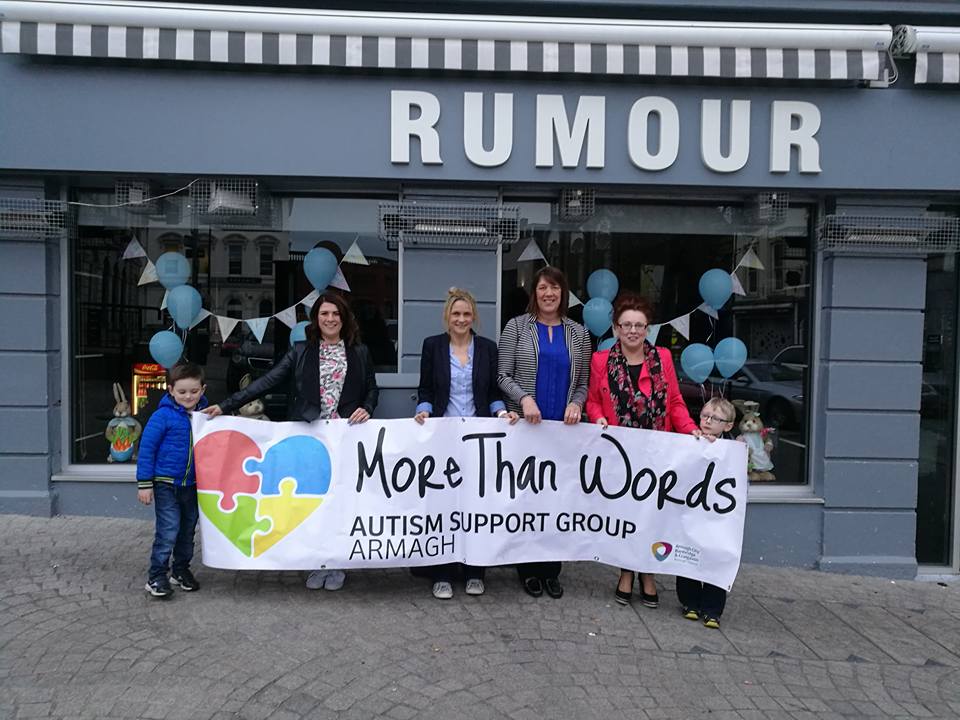 Armagh businesses have been praised for actively playing their part in helping to raise awareness of autism.

Stores across the city centre displayed blue bunting in their windows as part of Autism Awareness Week.

In Armagh, the ParkRun turned blue, there was a balloon release and egg hunt at the Navan, and the Gaol and other civic buildings in the borough were also illuminated as part of what is a global initiative to raise awareness.

Joanne McCracken, the chairperson of the More Than Words Autism Support Group, is delighted that our city traders played their part.

Joanne, in her role with More Than Words, has been working very hard in the lead up to the week to help raise awareness.

And she feels it has been a worthwhile enterprise and wants to thank all those played their part.

She said: “As an ambassador and a mother of children with Autism Spectrum Disorder, I think where you live is the best place to begin teaching awareness, acceptance and understanding of a disorder that many don’t really know much about, unless you live with it.

“The businesses in town very kindly allowed us to display blue bunting in their windows.

“The blue bunting represents the colour associated with autism and also allowed people to ask businesses why it was in the windows.

“Our main reasons were to spread the word, that no-one is alone, no-one need feel isolated, and to allow businesses to really think how autism friendly are they!”

Joanne has been overwhelmed by the way people rallied round.

She added: “The amount of support and positive feedback I’ve received with our awareness week has been amazing, even some of our councillors stepped out for a photo and I know they are behind us each step of our way.”

More than Words holds group support meetings each month, where parents come together, meet families, make new friends and share stories about something they all have in common and hold very dear to their hearts.

Said Joanne: “As well as our support group and raising awareness, we arrange autism friendly events for families. We are going from strength to strength and hope to be about for a very long time.”