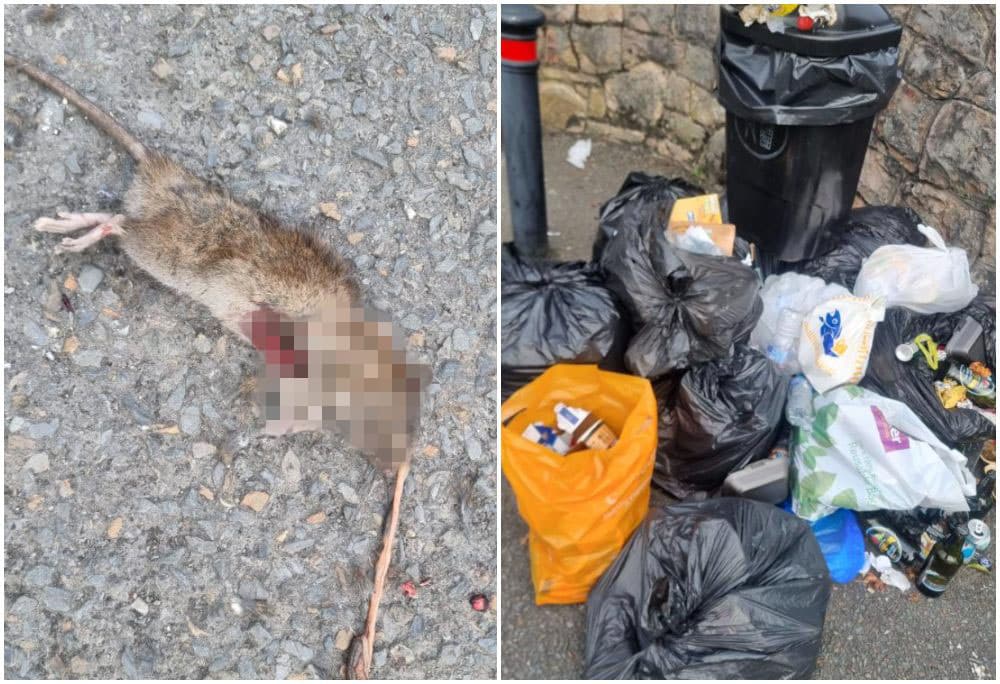 An Armagh business owner has hit out at Council for a lack of action which has led to an accumulation of rubbish – and now dead rats – in the city centre.

Ritchie O’Connor says he was left horrified to see the mangled remains of a rat lying among the bags of rubbish next to the a bin in Linenhall Street – just yards from a number of business premises.

The owner of Primal Ink Studio on Thomas Street described Armagh as “an absolute state” as rubbish continues to pile up.

Today (Monday) marked the start of a sixth week of industrial action, whereby workers belonging to the unions; Unite, GMB and NIPSA walked out in a dispute over pay.

The impact of this dispute felt most has been the lack of bin collections, which have been suspended throughout, coupled with the closure of amenity sites. As a result rubbish has mounted right across the borough with many resorting to fly-tipping.

There was some hope for borough residents when a private contractor was brought in over the weekend in to clear the mountain of waste which had accumulated at the New Line centre, along the Tandragee Road in Lurgan. However, Armagh, Banbridge and Craigavon Borough Council and the unions have remained tight-lipped on that front.

A special meeting, which had been due to take place last Wednesday night but postponed following the death of the Queen, is set to take place tomorrow evening (Tuesday).

Meanwhile, business owners and residents will be hoping for a resolution soon before the rat problem escalates any further.