They were also ordered to pay £23,000 in court costs after waste - amounting to more than 26,000 cubic metres or roughly the equivalent of 10 Olympic-sized swimming pools - was illegally stockpiled next to the M54 Motorway 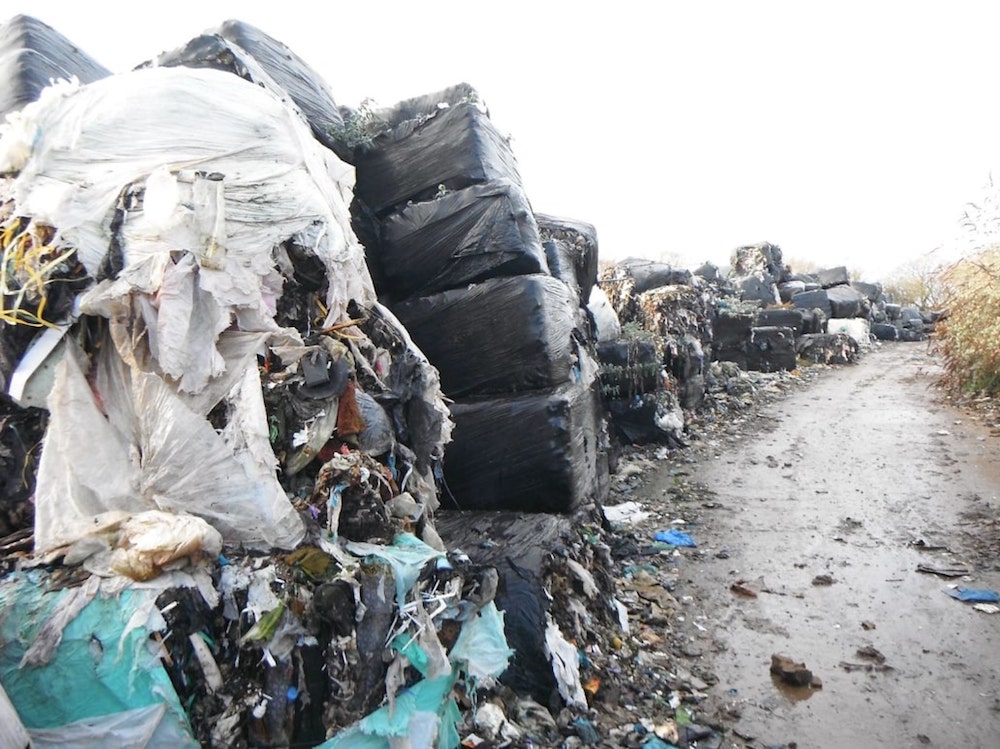 Two Armagh brothers who stored more than 26,000 cubic metres of waste illegally at a site in Shropshire in England have been given suspended jail sentences.

The charges follow activity at Recycling House, Rock Road, Ketley, Telford, next to the M54 Motorway.

They were also ordered to undertake 100 hours of unpaid work and were disqualified from being a company director for three years.

The brothers were also told to pay a total of over £23,000 towards the costs of the prosecution.

Both men admitted the charge of breaching the environmental permit for the site which was run through a company, Greenway Waste Recycling Ltd, of which they were directors.

They admitted, between 12 October 2016 and 19 January 2017, they had stockpiled bales of waste, inappropriately at the site.

The waste included plastics, wood, metal, paper, and cardboard. It is referred to as Refuse Derived Fuel (RDF), as its intended use was burning as a fuel to produce electricity.

In all, officers from the Environment Agency estimated the waste dumped amounted to more than 26,000 cubic metres or roughly the equivalent of 10 Olympic-sized swimming pools.

Following the eviction of the company run by the brothers, efforts were made to secure the removal of the abandoned waste by them. Only one load, comprising 26 bales of waste, was removed.

Throughout the time the waste was being stockpiled on the site in breach of the permit, Environment Agency officers inspecting the site highlighted the fire risk posed by the waste.

A significant waste fire took place at the site in April 2021 which led to the M54 being partially closed as well as a number of neighbouring primary schools.

David Hudson, Environment Manager for the West Midlands Area of the Environment Agency, said: “Waste crime can have a serious environmental impact. It puts communities at risk and undermines legitimate business and the investment and economic growth that go with it.

“We support legitimate businesses and we are proactively supporting them by disrupting and stopping the criminal element. This is backed up by the threat of tough enforcement as in this case.

“We continue to use intelligence-led approaches to target the most serious crimes and evaluate which interventions are most effective.

“If you see or suspect waste crime is being committed we urge you to report it immediately to Crimestoppers on 0800 555 111.”