"I've been doing it over 10 years now and took over the Richhill club about six years ago. It has gone from strength to strength and has a big following," 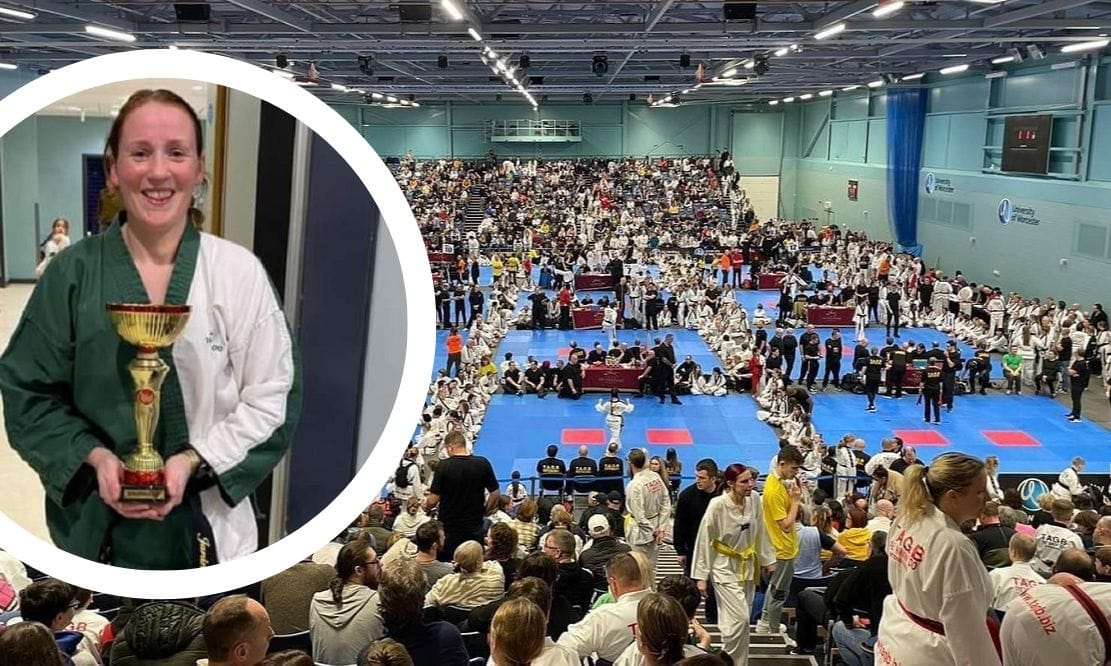 An Armagh woman who has been crowned British champion in her group in Taekwondo has spoken about why she has a love for the sport and what she hopes to achieve in the future.

Janine Forrest, who is 40-years-old and a full-time NHS worker, says that Taekwondo is a great hobby which brings the whole family together.

Janine recently accompanied around 30 people from Taekwondo clubs across Northern Ireland to compete in the TAGB (Taekwondo Association of Great Britain) British Championships, where she managed to win British champion in the Executive Female’s black belt sparring category for the second year in a row!

The TAGB British Championships are held every November and consist of competitors across a wide spectrum, from white belts right up to black belts. This year’s offering boasted around 1,600 competitors from all across the UK. Speaking to Armagh I, Janine says that “a lot of work” is required to get there.

“Everybody strives to get to the British Championships to compete and win,” she said. “Anybody can enter it as long as they’re a TAGB member, but you have to be good, especially with your black belt stages, where you’re going up against black belts that have been training for years.

“It’s not like you’re just going and hoping for the best. You have to get your fitness up and you have to be training hard.  You have to just be elite to be there.”

The TAGB British Championships took place on Sunday, November 27 in the University of Worcester Arena in England, and Janine said that it was one “really, really busy day.”

“I wasn’t fighting until the afternoon, but a lot of the younger coloured belts were in the morning time, so I was just helping them along, especially as a few of them were quite overwhelmed, because you walk into the place and it’s just packed with people.”

Janine went up against four challengers before coming out on top as champion. This was her second win in a row, having been crowned champion at last year’s championships in Coventry.

It was a good day for Richhill TAGB – which Janine runs – as the team came back to County Armagh with two British champions, a gold for the tag teams and “a lot of third places”. Explaining how she found her way to Taekwondo, Janine says that she initially started in kickboxing but lost her love of the sport.

“I enjoyed the fitness because I’ve always been really active from when I was no age, but I lost my love of it because I didn’t think that it was disciplined enough,” she said. “My brother asked me to come and join Taekwondo, so I went and did that over 10 years ago.

“I started up through my belts and went through my grading and then was able to get into sparring. My first competition was in Scotland and I did absolutely woeful.

“I’ve been doing it over 10 years now and took over the Richhill club about six years ago. It has gone from strength to strength and has a big following. There are lots of opportunities within the organisation, the only problem is we are over here and the organisation is mainly on the mainland, but they are good to us.

“It is really good environment and it’s a good friendly sport. There’s no bad temper, everybody keeps it civil.” Janine, who says that at her age she needs to “wise up”, faced higher pressure this year, as she was just back from an injury before competing.

“Its been a real tough seven weeks. Last week I was sitting saying that I couldn’t do this, there was just no point. My husband had a good talking to me and said I needed to go and finish the year.

“I had a wee battle with my head on the morning and then just went in and did what I had to do. I am very glad I pressed on.”

The next goal for everybody in the Northern Ireland team is to make the World Championships next year in Coventry, which Janine says is her goal before she retires.

“Whether I finish there or not, I don’t know. I’ve been retiring for the last five year,” she laughed. “The plan is to keep injury-free, stay with the physio, do all that they’re telling me to do and focus on the goals for the Worlds next year.

“It’s all down to discipline, your attitude, how good you are and how much you really want it.”