She shares the award with former colleague Charmain Jones 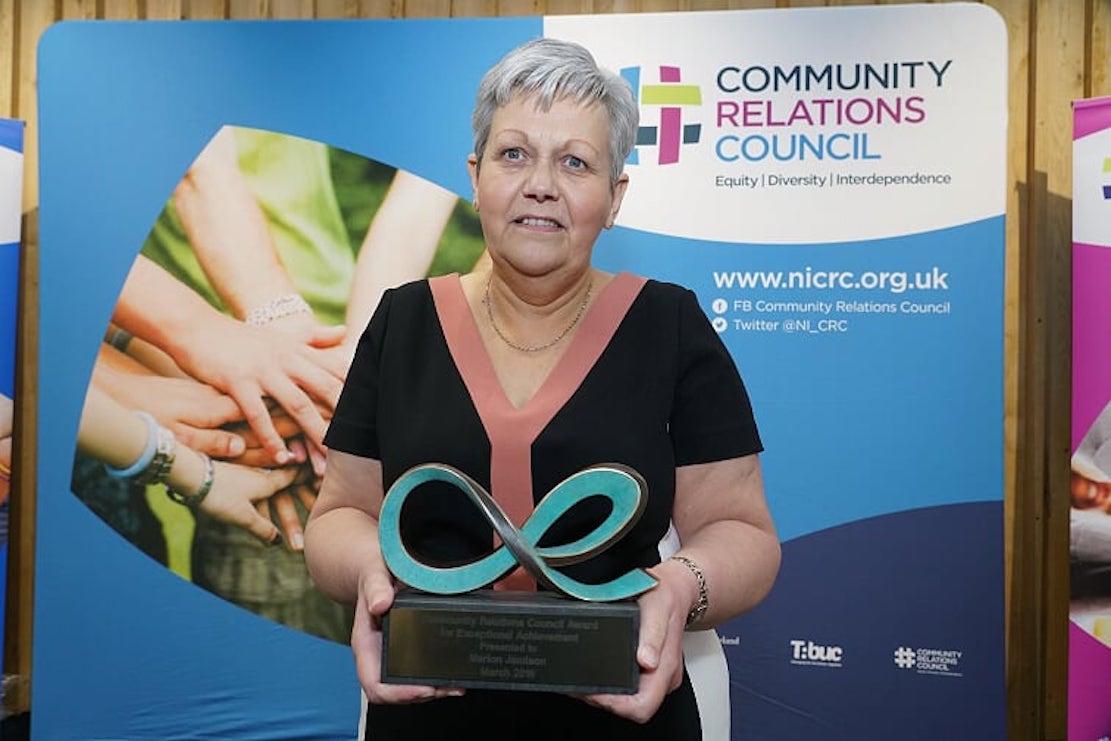 An Armagh city-based organisation is celebrating after one of its number won a major award.

REACT Reconciliation, Education and Community Training is based on the Mall.

She shares the award with Charmain Jones, a former colleague in REACT.

The organisation has as its Vision, “To have confident, cohesive communities participating fully in a peaceful and equal society”, with a mission purpose of “building capacity and empowering groups and individuals through support and development”.

All at REACT have offered their congratulations on the winning of this award.

A spokesperson said: “Marion has worked tirelessly over the last 20 years in Armagh and beyond to break down barriers and work towards peace for future generations.

“Anyone that knows or has met Marion on her journey will have seen how strong-willed, compassionate and dedicated she is whilst always being fair and treating everyone with respect.”

Describing her as an “inspiration and a complete lady”, the spokesperson also offered congratulate to former colleague and “long term friend Charmain Jones who received the award jointly”.