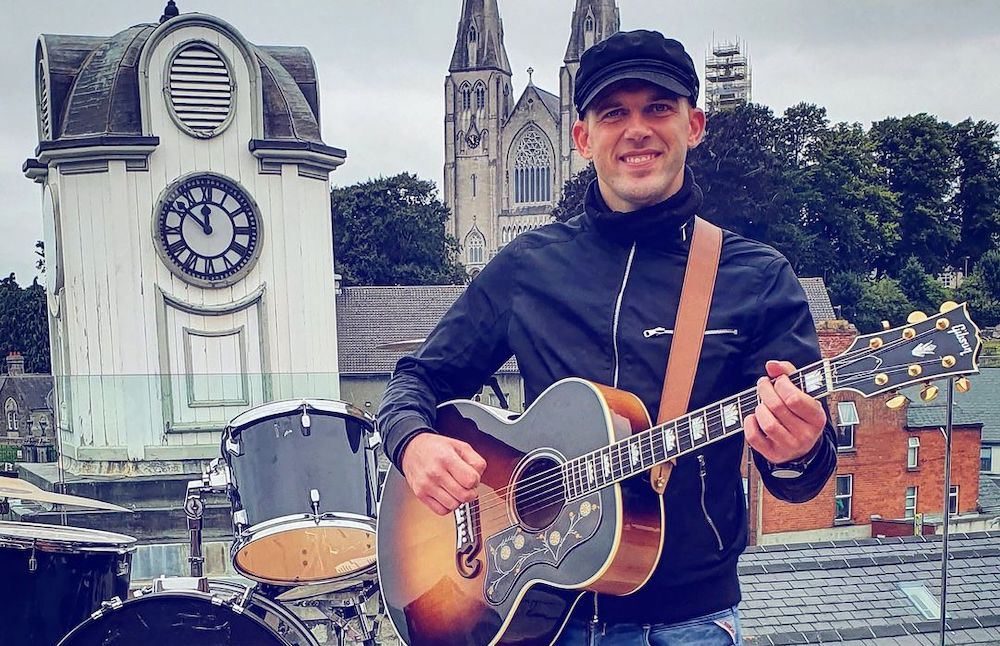 An Armagh band has soared to the top of the UK and Irish iTunes Rock Charts with their brand new single.

Speaking to Armagh I this evening, lead singer Martin Rafferty – to which the band is named – said he couldn’t believe his eyes.

“We all really can’t believe how quick it all happened,” he said, ahead of a launch party for the single on Saturday evening.

“This all happened accidentally,” he explained. “I wrote the song about Armagh man Stevie McGeown running 100 marathons in 100 days for all the different charities.

“I recorded the song acoustically on my phone and sent it to him, along with the original signed lyrics.

“He then asked me to record it professionally with the whole band so that he could use himself for different things.

“I took him up on it and recorded it over the summer along with the other band members: Dave Mulgrave; Conor Cunningham and Jordie Kelly.”

Martin explained how an Irish music label ‘Up Close and Personal Records’ got in touch around the same time and asked if the band had any new songs recorded ready for release – they sent them ‘You’ll Never Be Alone’.

Martin added: “So that’s when it went from a promo song for Stevie to an actual planned release. Stevie and the band decided that 100% of money should go to IODP charity, which helps bring Christmas to the orphan children of Belarus, hence we organised a local launch party with all ticket sales going to the charity.”

“We’re just a local Armagh rock band with no major label backing that expected a few downloads, not to get to No.1 in both the Irish and UK iTunes Rock charts in the space of 24hrs – amazing!”