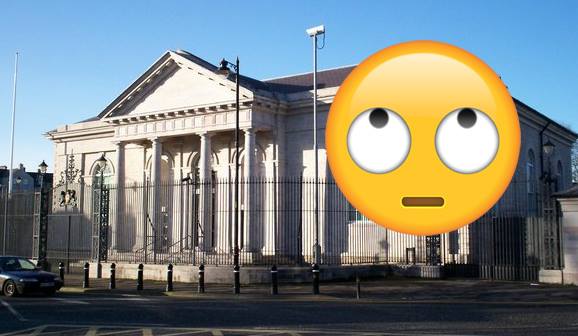 Reports that the ABC Council is waiting in the wings to buy Armagh Courthouse have been branded both “misleading and untrue”.

Earlier this week it was reported that “Armagh, Banbridge and Craigavon Borough Council is currently exploring the possibility of purchasing Armagh Courthouse”.

The newspaper article added, somewhat confusingly, that the Council “is now committing itself to potentially taking over the facility,” according to sources from within.

Armagh I contacted Council, who did not substantiate these reports in any way, however, Chief Executive Roger Wilson, did provide a statement, re-affirming Council’s already established stance.

He said: “Councillors representing Armagh City, Banbridge and Craigavon Borough Council are unanimous in their overwhelming disappointment on the decision made by the Department of Justice to close Armagh Courthouse.

“The Council acknowledges the importance of the city’s built heritage, and in particular this landmark building. Councillors are committed to ensure the future and long-term use of the building is secured for the benefit of Armagh.”

There is no truth to claims that Council is interested in the purchase of the building, but rather, Mr Wilson has reiterated his own and councillors’ desire to see it put to good use as soon as possible.

In March, Armagh I also reported that recorded borrowings by the ABC Council at the end of September 2015 stood at £50.4 million. But it was also noted that the council had not borrowed during 2015/16 to date and “does not expect to borrow in 2015/16”.

Armagh I understands that at no point have the elected members discussed the possibility of buying the Courthouse.

One local councillor told us that it “would be madness to consider buying the Courthouse in the current climate”.

“The council has not budgeted for it. Of course everyone would like to see it being put to good use. But it hardly makes any sense spending up to £450,000 on a building out of sentimentality when there is no plan in place to actually use it.

“Add to that the fact that the council would then have to spend tens of thousands of pounds maintaining the building. That’s the position the Department is in at the minute. They will have to maintain it until a buyer can be found.

“There is no economic sense in buying it and the ratepayers would be outraged. Buying the building, turning the key in the lock and then forking out to maintain it would be absolute madness.

“Ratepayers can be assured that no move would be made to buy such a building unless there was a very good reason and purpose. It’s misleading to try and say otherwise.”