'I just can't believe the amount of work that they do. It is also staggering the amount of support they need as Covid and the lockdowns have really affected them' 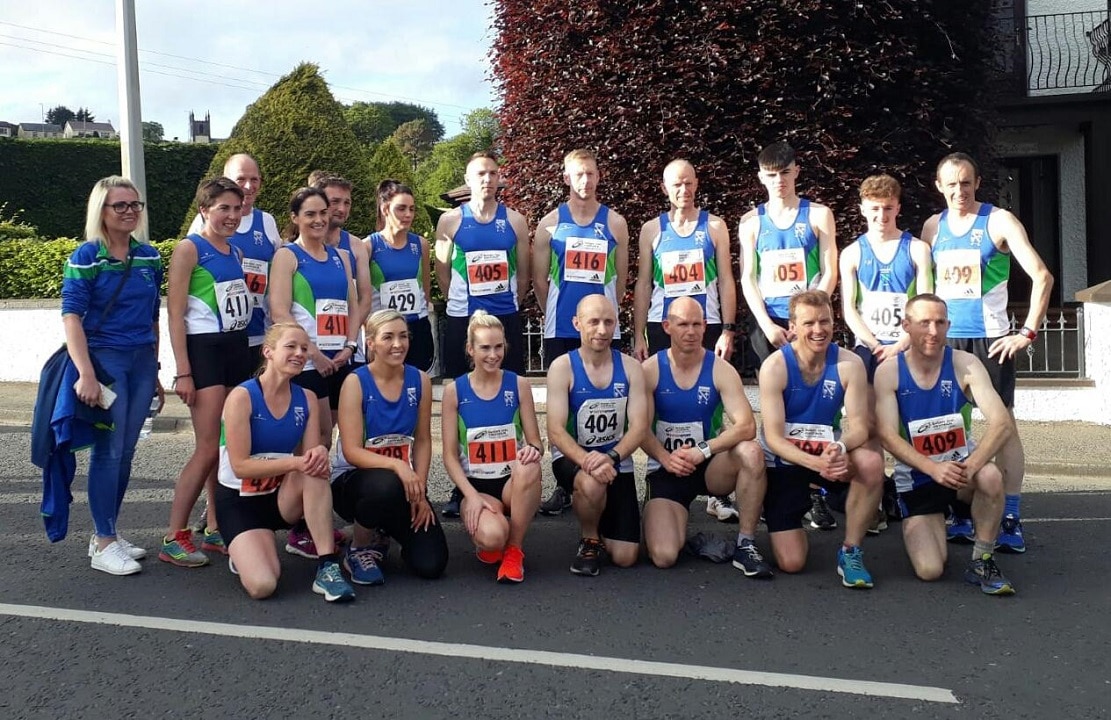 The Armagh Athletics Club have set themselves a mammoth and tiring task in order to raise money for Women’s Aid NI and are calling on anyone who wants to get involved.

The athletes will be taking on the challenge of running four miles every four hours for a 48 hour period next month with all donations going to a charity which provides life-changing services.

Behind this idea, which for many would be a form of torture, are club members Niamh Donnelly and James Brannigan.

Speaking to Armagh I, Niamh explained that the inspiration for the challenge came from American ultramarathon runner David Goggins.

The 34-year-old said: “This is a guy who challenged himself to the extreme. If you are interested in athletics in any way you tend to follow these people on social media platforms.

“During lockdown, he created this four by four by 48 hour challenge.”

James spotted this on social media and decided it would be just the ticket for those in the club itching to push themselves.

Niamh said: “I think he thought, firstly, it would be great to raise money for a charity, which is the goal, but secondly, it would be a chance for the group to come together again, whilst following social distancing.

“With Covid and lockdown, group running has been out the window. So we have been doing all sorts of Zoom calls organising it and it has been great to just see people’s faces again.”

The charity was also chosen by James.

Niamh said that since being in contact with Women’s Aid NI over the last few weeks her eyes have really been opened.

“I started doing some research, seeing real life stories and I just can’t believe the amount of work that they do. It is also staggering the amount of support they need as Covid and the lockdowns have really affected them.”

Niamh, who has been looking after the social media campaign around the challenge, revealed that support has been “unbelievable”.

“I have been posting a video every day of some of the members. These have then been shared by family and friends which has got a lot of traction. Everyone has been donating and the support has been great.”

The challenge is due to start on Friday, March 5 at 6pm with the final four miles beginning at 2pm on the Sunday.

“We have been saying to people you can run, walk or cycle and you don’t have to do it all, only what you can do. We will be posting some four mile routes on social media.

“We have also been in contact with the police. They have been amazing and will be there in order to ensure distancing is followed.” The mother-of-two, along with many members, will be completing the whole challenge and she is not showing any signs of being daunted.

“A few of us would be marathon runners. We do train a lot and I would run 50 plus miles a week. I suppose the only thing I am anxious about is as a mum with two small children getting up at all hours.

“I actually do get up to run at half four in the morning because my husband starts work at half five, so the times don’t really daunt me.”

To find out more, as well keeping up to date on supported routes check out the Armagh Athletics Club on Facebook or to make a donation visit their JustGiving page – https://www.justgiving.com/fundraising/armaghacchallenge4x4x48.

And please, if you can, come out and support these runners as they carry out the challenge.