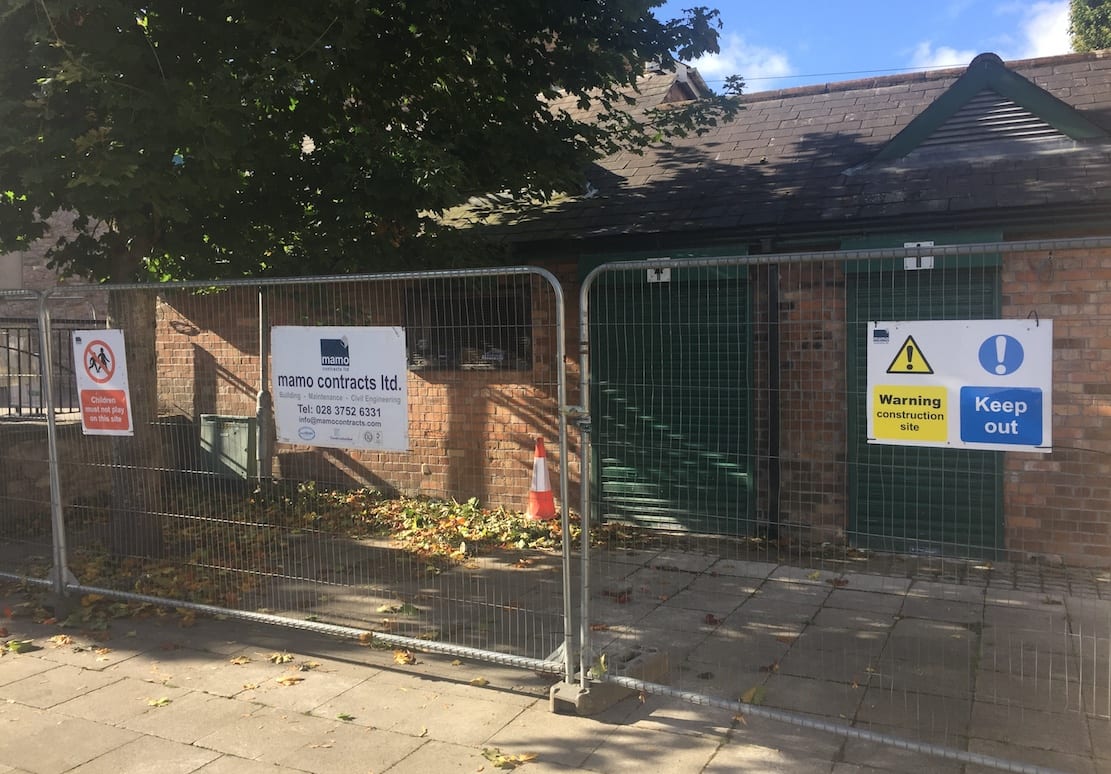 Anti-social behaviour at a toilet block in Armagh city centre should soon be a thing of the past.

Work has started on the refurbishment of the public conveniences at McCrums Court which should flush out those intent on using the toilets for anything other than what they are intended!

It is understood that the scheme will cost in the region of £80,000.

Armagh City, Banbridge and Craigavon Borough Council – at its last monthly meeting – awarded the contract to Faithful & Gould, which has its headquarters in London.

It was last December that council agreed to the refurbishment of the toilet block and it went out to tender in March.

The toilet block opened in the 1980s and it has been associated with all manner of anti-social behaviour in the intervening period.

But in more recent years, an escalation in illegal activity has seen its reputation as a ‘hot-bed’ for anti-social behaviour – in a city desperately trying to attract visitors – grow.

There have been numerous claims of the toilets being connected to drink and drugs use.

Armagh I has received many such reports over the years from concerned locals that the toilets are being used by people to ‘stash’ and consume alcohol and to trade and take drugs.

At the end of July 2015, the body of a man in his 20s was discovered in the toilets, having died after a suspected overdose.

Police in the past had promised increased patrols around the McCrums Court area, but it is impossible to focus attention on just one area of the city and monitor the facilities 24/7.

But now Armagh I can reveal that they are to be made more secure in a bid to end the problematic past and shake the image which the McCrums Court toilets has earned.

The new conveniences are to be operated on a safer system which will prevent people from congregating or engaging in anti-social activities.

A spokesperson for Armagh City, Banbridge and Craigavon Borough Council confirmed they will be finished to a “similar specification” as those previously renovated at Dobbin Street a number of years ago.

The doors will be automated – again similar to Dobbin Street – with access on a fob and lock style system. Opening hours at both will be the same.

The spokesperson said: “They will be monitored and timings can be adjusted if necessary.”

The contractor is currently on site and barriers have been erected to prevent public access as work continues.

It has been confirmed that the McCrums Court toilets are expected to be completed and ready for use by November.

The council – and local traders – hope that the work will be enough to discourage people from gathering in the area and engaging in illegal acts.