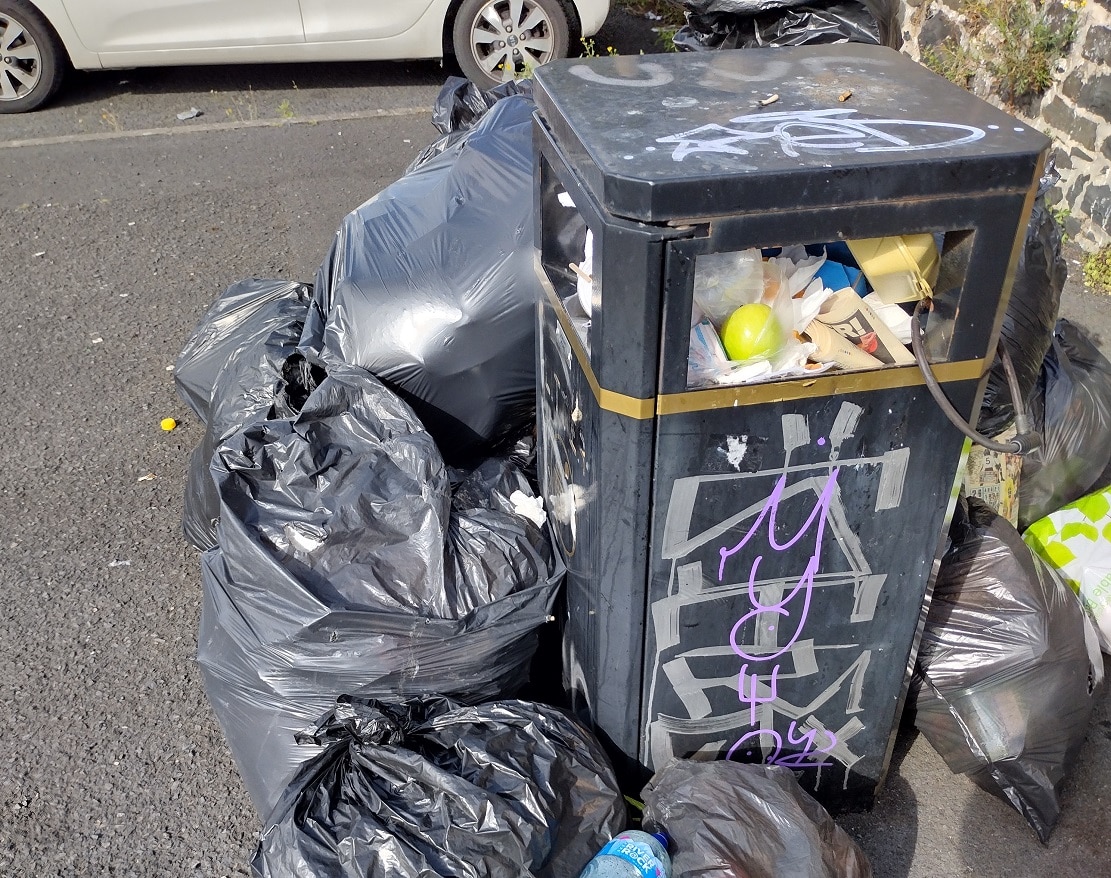 Lisburn and Castlereagh City Council is set to go on strike, joining ABC Council which is now into its third week of industrial action over pay and salary harmonisation.

In a statement, Unite the Union said the action was set to proceed following a breakdown of talks involving trade unions, Unite, GMB and NIPSA. The scene at the recycling centre in Armagh

Around 1,000 members of the three unions are also involved in the strike at Armagh City, Banbridge and Craigavon Borough (ABC) Council which is planned to last for four weeks, but may continue for even longer.

At present there appears to be stalemate between the unions and the council, with the unemptied bins and littered streets, in particular, having a major impact on the borough’s towns and villages.

Industrial disputes which had seen strikes at Mid-Ulster District Council and Derry City and Strabane District Council were ended after Unite members voted to accept a pay increase including a two pay point increase and a cash payment. Unite said it has been seeking localised pay agreements with councils, the Housing Executive, the education authority and other education employers after the union rejected a national pay offer which failed to protect workers from the cost of living crisis.

It said that at other councils in Northern Ireland, strike actions are suspended to allow negotiations for management to make suitable offers.

The Unite regional officer for Lisburn & Castlereagh City Council Kieran Ellison called on management at the council to follow the lead given by Mid Ulster and Derry City & Strabane. He said: “Unite members in the councils worked throughout the pandemic, they kept vital services going but now they are being treated appallingly by council bosses who want them to accept a huge cut to their incomes.

“That is never going to be accepted. Council bosses and the councillors in this council need to look to the example of other councils where this dispute has already been ended through an offer that protects the income of our members.” Unite’s General Secretary Sharon Graham expressed her support for the striking workers at Lisburn and Castlereagh.

She said: “With retail price inflation now above 12 per cent and forecast to rise to 18 per cent by the end of the year, workers are organising to win pay increases that provide real protection against the cost of living crisis. Unite is fighting to win inflation-plus pay increases for many of our members in many workplaces.

“While bosses at other councils have moved to offer decent pay increases and end strike action, those at Lisburn and Castlereagh have failed to make any offer at all. This leaves the workers there with no option but to strike.”